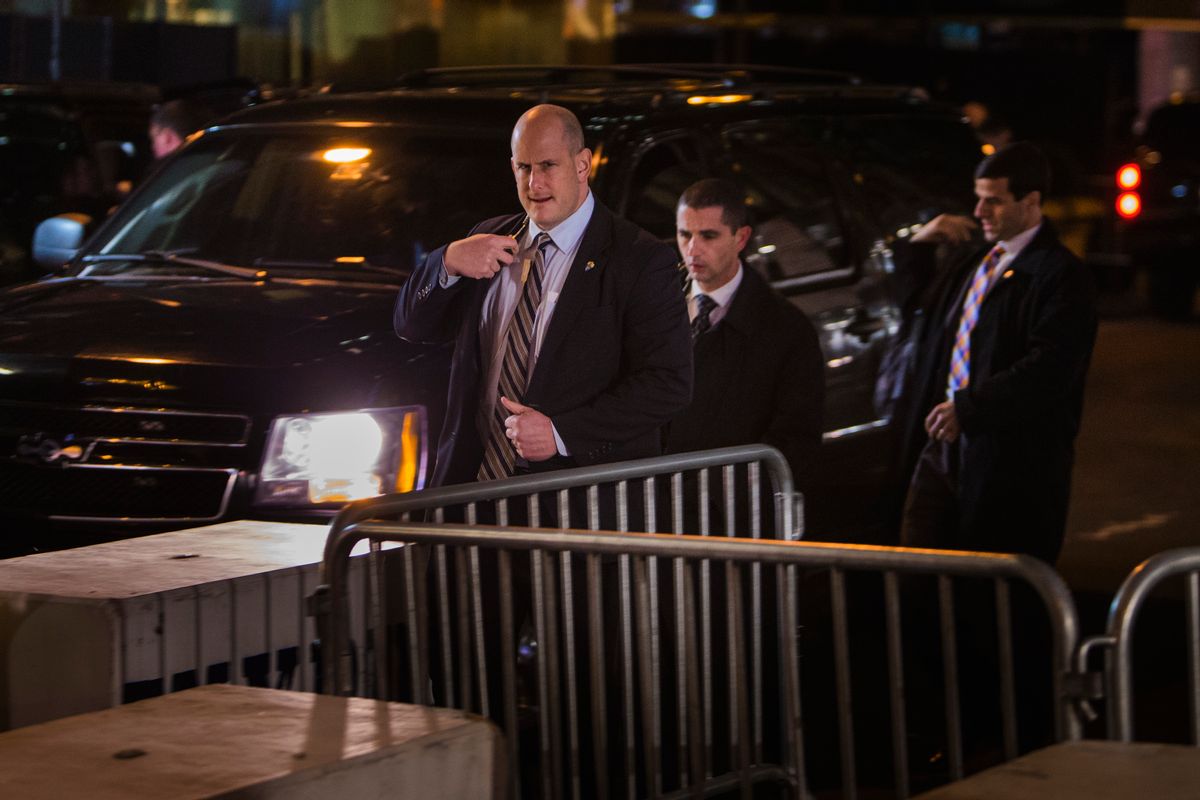 Donald Trump could use all the protection he can get.

The president-elect plans on keeping his private security and intelligence team once he takes office, Politico reported Monday. Every modern president and president-elect has entrusted security detail to the Secret Service and local law enforcement. But Trump has been employing his own private security team for the victory rallies he has held during the transition. Trump, who values loyalty over customs and tradition, will retain the security team run by Keith Schiller, a retired New York City cop and Navy veteran who started working for Trump back in 1999.

Trump's security force developed a hostile reputation over the course of the campaign. Schiller, for example, was caught on video striking a Latino protester in the head outside Trump Tower. He also removed Univision news anchor Jorge Ramos from an August 2015 new conference in Dubuque, Iowa. Three lawsuits currently pending against Trump allege racial profiling, undue force and aggression from the president-elect's security team.

As president-elect Trump becomes President Trump, the nature of his rallies will change. As Politico noted, a taxpayer-funded rally will only be able to be staffed by public law-enforcement sources — meaning Trump's security force won't be able to remove protesters unless they are breaking the law, Politico noted.

But who is paying for this private security force that seems to be unauthorized by anyone accountable to the American taxpayer? Politico asked the transition team who was paying, how they were going to work with the Secret Service and what their roles will be. The Trump transition team avoided the question. An email by Salon similarly went unanswered.

In 2012, Alex Jones was worried about Obama's "brown shirts," also known as FEMA corps graduates. Conspiracy theorists accused them of being a "standing army of government youth" for the president. No word yet on what Alex Jones thinks about Trump's group.

Even if Trump's own private security force turns out not to be the second coming of the SS, there's another problem: They're not very good at security.

In March, when a 32-year-old man jumped a barricade and rushed toward the stage as Trump was speaking at a rally in Dayton, Ohio, Secret Service agents immediately descended on Trump from opposite sides of the dais, encircling him in a human shield as a handful of other agents tackled the man before he could leap onto the stage. About a second after the first two agents reached Trump, Schiller leapt onto the stage and moved to position himself between the scrum and his boss.

In law enforcement circles, Schiller’s reaction was panned as too slow and was the subject of disapproving conversation among agents, according to a law enforcement source briefed on the conversations. The source said one agent described Schiller as the “JV trying to keep up in a varsity game.”

Specifically, the source said that Schiller came from a position on the dais that the agents would have used to evacuate Trump if that were to have been necessary. “If that happened, they would have run right into Keith. He was about three seconds too late,” the source said.