For just $1 million, you can kill animals with Donald Trump Jr. and Eric Trump

Trump's sons are bidding themselves off now, after they tried to auction off their sister 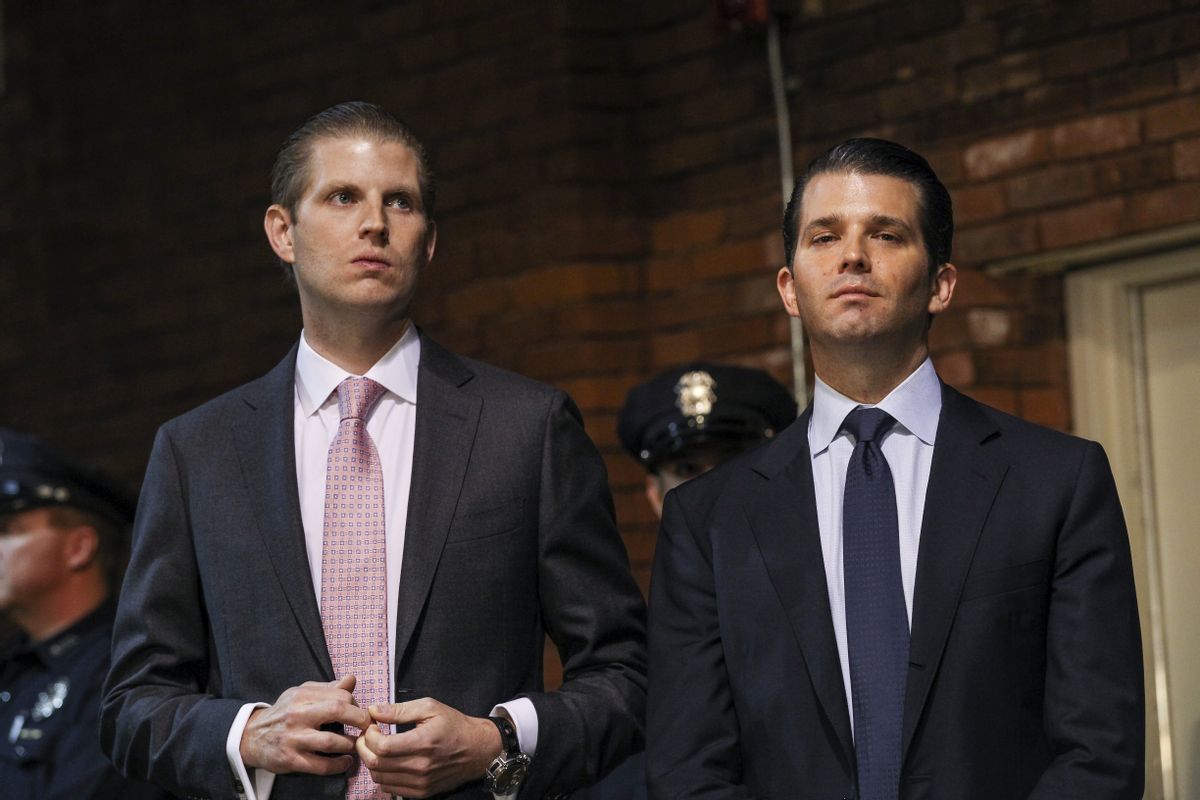 For just $1 million, you can go hunting with the brothers grim, Donald Jr. and Eric Trump.

An invitation obtained by TMZ for an "Opening Day" party hosted by the Trump brothers promoted various packages offered to the VIP guests. One package, going for $1 million, included the chance to join Donald Jr. and Eric Trump on a "multi-day hunting and/or fishing excursion."

Eric Trump has come under fire recently because he pulled a separate auction — which included a coffee date with sister Ivanka Trump — from a charity event after complaints surfaced that the donation could lead to conflicts of interests. Instead of changing the prize for the auction, or just donating the asking price to the charity recipient, St. Jude's Hospital, Eric Trump simply removed the bidding from his website.

The invitation for the "Opening Day" party, scheduled the day after the inauguration, claimed that all net proceeds from the event will be donated to conservation charities.

The party attire calls for "camouflage & cufflinks" and promises to be a real elegant affair. One magnificent detail from the invitation is that the brothers somehow secured Toby Keith to perform at the party. Keith will be markedly more famous than the singer headlining their father's inauguration. Trump's transition team reportedly pulled all of the stops to attract A-list artists to sing the national anthem at the inauguration, including offering ambassadorships to agents. Trump's team denied this, and eventually enlisted 16-year-old singer Jackie Evancho, a former "America's Got Talent" star, to perform at the ceremony.