Michael Moore's last plea to Republican electors: "Do not put our nation in danger by choosing Donald J. Trump" 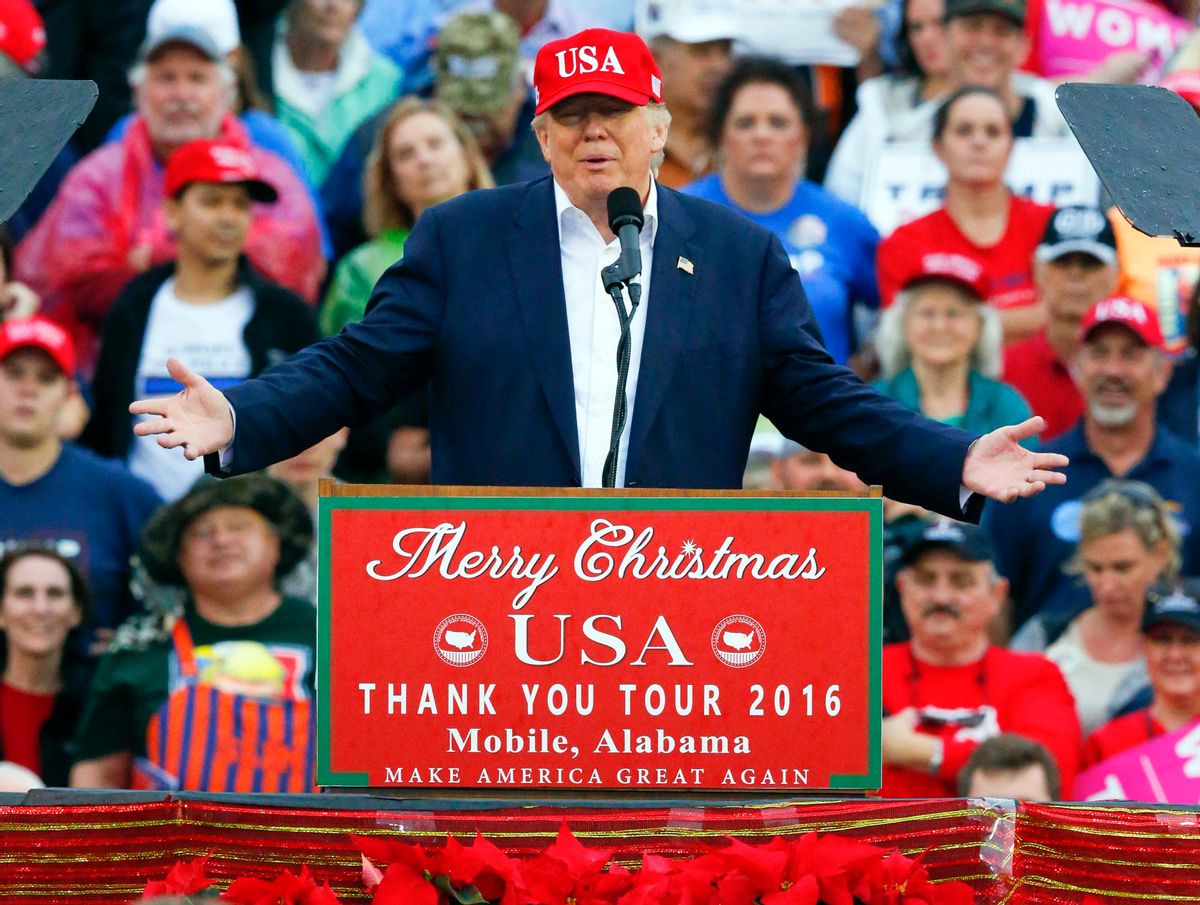 President-elect Donald Trump speaks during a rally at the Ladd–Peebles Stadium, Saturday, Dec. 17, 2016, in Mobile, Ala. (AP)
--

"I am writing you not as a card-carrying Democrat (I'm not) who voted for Hillary (I did), but simply because I am an American who, like you, deeply loves this country and its people," Moore writes in the post.

"Tomorrow is the day you are supposed to gather with your fellow electors and choose the next President of the United States. I am not going to ask you to vote for the person who got the most votes (although I will not be upset should you chose to side with the majority of your fellow Americans and do so!).

"No, I'm simply asking you to vote your conscience and PLEASE do not put our nation in danger by choosing Donald J. Trump."

Moore cited the allegations that Russia hacked the 2016 presidential election to elect Trump over Hillary Clinton, Trump's refusal to attend most of his daily national security briefings, Trump's long history of erratic comments, and the fact that Trump "is never going to last the four years. He doesn't care about the law or following the rules and this will eventually trip him up."

More added: "You are bound to God and not to Vladimir Putin. Your loyalty is to your fellow Americans, the vast majority of whom didn't vote for Donald J. Trump. But you won the Electoral College and so you get to decide. You can vote for the actual winner as decided by the American people, or you can pick another Republican who isn't Trump."

Moore's argument was similar to a celebrity PSA released on Saturday starring Martin Sheen, Debra Messing, B. D. Wong, and Moby, among others. Like Moore, they point out that they are not asking the Republican electors to vote for Hillary Clinton, but merely that they rally behind a moderate Republican alternative who lacks the president-elect's considerable baggage.

Moore's own currency as a political pundit has risen in 2016 due to his accurate prediction regarding Trump's impending victory, one that contradicted the consensus view prior to Election Day.

According to findings released by Politico Monday morning, the vast majority of Republican and Democratic insiders expect Trump to win in the Electoral College later today.