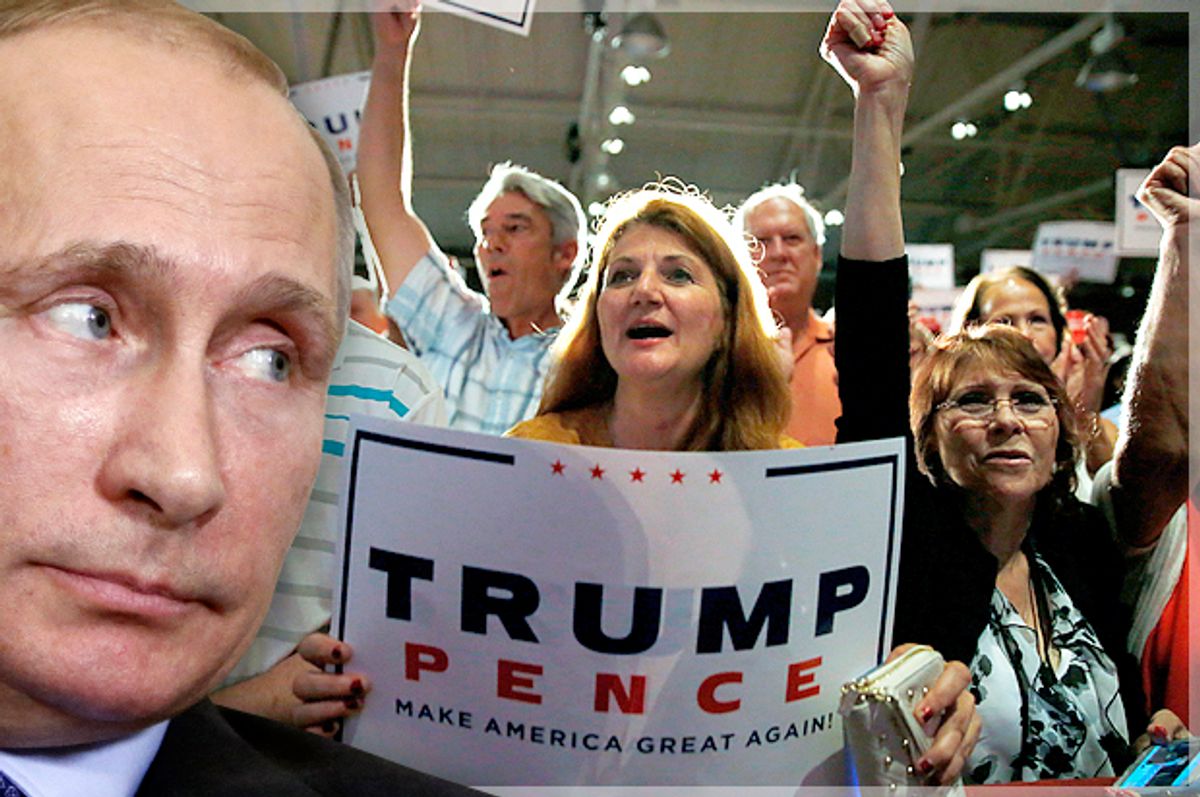 During the months following the 2008 election, the Republican Party went indiscriminately nuts when then president-elect Barack Obama began hiring policy advisers for his administration staff. Since the FDR administration, the press has been calling such specialized advisers "czars."

Most people who are well-informed about the presidency know that this is a catchy press nickname and not an official White House job title, but Republicans figured their people would be too dumb and outraged to understand that Obama didn't invent the word. From there, way too many Republican voters have helped reinforce the utterly false "Obama is a commie" meme, which was only exacerbated by a nonsensical czar attack.

Somehow the GOP conflated the "czars" with 2009's other panic-button issue: the rise of socialism in America (which never happened). In other words, a pre-Communist Russian term, "czar" — signifying the monarch the Russian Revolution overthrew — was deliberately misconstrued to reference Soviet communism. Naturally enough, Republicans dutifully lapped it up.

How times have changed. The same voting bloc that was disturbed about the nonexistent White House czars because of the word's ahistorical and anachronistic link to communism is now defending Donald Trump and Vladimir Putin against CIA and FBI revelations that Russia hijacked the election in order to install Trump. Fake "czars" were a major issue worthy of impeachment, but a Russian despot literally meddling in our democratic process is greeted with a group "whatevs."

Regarding the Russia story, the 4,000-pound gorilla in the room is this: Russia's cyberattacks worked only because gullible Trump voters and a complicit press allowed them to. If the American people hadn't taken the bait, the alleged bombshells in the Democratic Party's internal emails would have landed with a thud rather than being reported nearly every day with screamer headlines and social-media outrage, effectively torpedoing Hillary Clinton's campaign.

So, on top of FBI leader James Comey's series of reckless press conferences and confusing public letters, 30 years of unfair and mostly untrue smears, a defiant and nihilistic Jill Stein crowd, widespread voter suppression and voter purges, we can add to the mix Russia's ongoing manipulation of the press and voters alike. As a corollary to the Russia story, insert the rank gullibility of 62 million voters and the unquestioning press and we can conclude only that Hillary Clinton's popular-vote victory is even more impressive.

Let's be perfectly frank: Tens of millions of Trump voters cast their ballots from a place of partisan defiance and complacency in the face of Russian aggression. If we factor in this week's reaction to Putin's tampering in addition to how most Americans on both sides ignored the story when it first broke in July, it's almost too much imbecility to comprehend and made worse by the reality that very few if any Trump voters will ever admit that they made an historically cataclysmic error.

Just how misinformed are Trump's people? According to Public Policy Polling research conducted Dec. 6 and 7, here's what Trump voters think about a series of top-shelf stories, according to those surveyed:

Every single one of these voters has been played for a sucker, ripe for Putin's espionage.

It's unlikely, however, that Trump voters would have cast their ballots for Clinton if they had been made aware of the truth about Russia, not to mention the other issues about which they were so grossly misled. It's entirely possible that they would simply have conjured up another set of excuses for voting for Trump. As is the case with quite a few Trumpers, they simply hated Hillary and were happy to devise whatever excuses they could to justify voting against her.

I tend to go with a multifactorial analysis, with blinding naiveté and misinformation ranked high. Trump voters have been willfully brainwashed by Fox News and the conservative entertainment complex to believe reality is fake and fake news is reality.

Now we have no choice but to find ways to survive Trump's America after this historic and dangerous electoral blunder. Roughly 62 million American voters and our damaged press corps helped Vladimir Putin install a Moscow puppet in the Oval Office — one who can be blackmailed and strong-armed to do Putin's bidding. Furthermore, they don't particularly care.