Russian ambassador to Turkey killed in shooting in Ankara 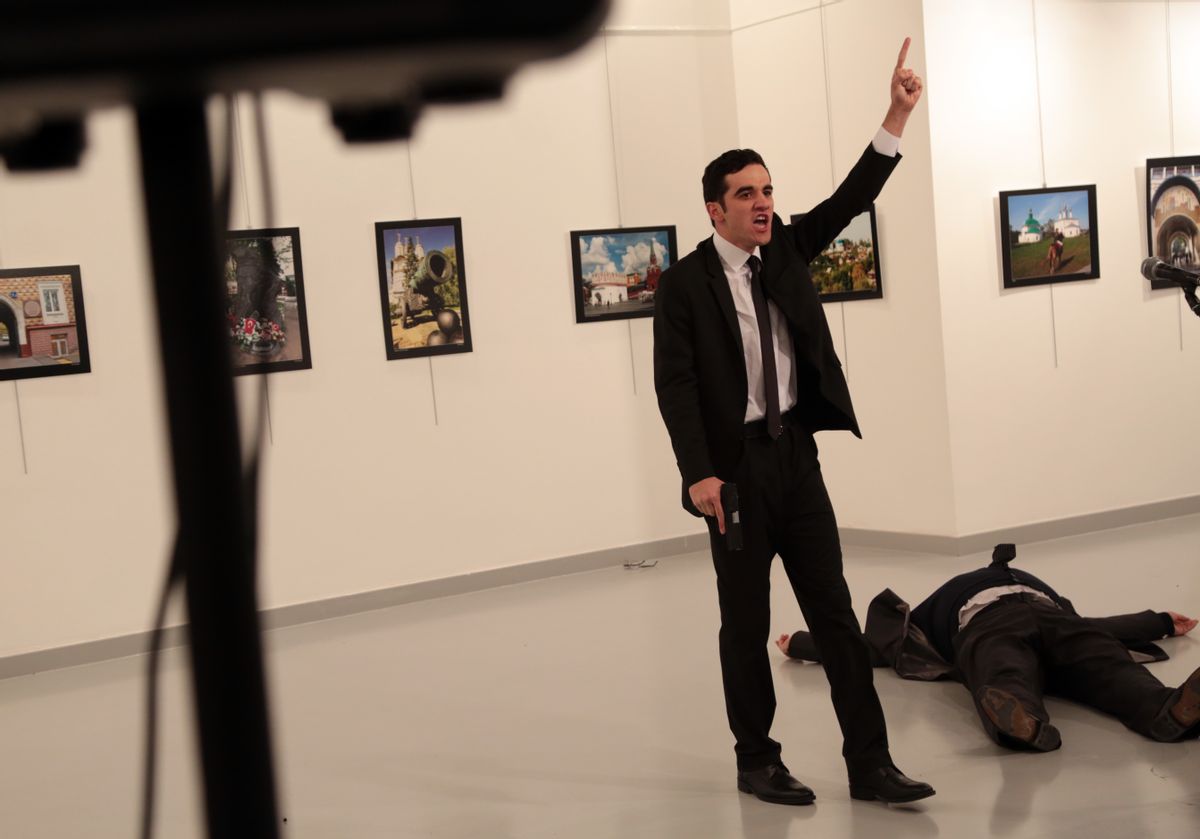 A man gestures near to the body of a man at a photo gallery in Ankara, Turkey, Monday, Dec. 19, 2016. An Associated Press photographer says a gunman has fired shots at the Russian ambassador to Turkey. The ambassador's condition wasn't immediately known. (AP Photo/Burhan Ozbilici) (AP)
--

ANKARA, Turkey (AP) — The Latest on the attack on Russia's ambassador to Turkey (all times local):

Turkey's private NTV television says police have shot and killed the gunman who attacked the Russian ambassador in Ankara.

NTV television, citing police sources, said the gunman was killed in a police operation inside an exhibition hall where the attack occurred.

Russian Ambassador Andrei Karlov was several minutes into a speech at the embassy-sponsored exhibition in the capital, Ankara, when a man wearing a suit and tie shouted "Allahu akbar" and fired at least eight shots, according to an AP photographer in the audience.

Translation of what the gunman shouted in Turkish after shooting Russian ambassador https://t.co/AqcENkqp9u pic.twitter.com/nCfRtpGFBP

Russia's Foreign Ministry says that the country's ambassador to Turkey has been hospitalized with a gunshot wound after an attack at a photo exhibition in Ankara.

An Associated Press photographer says a gunman has fired shots at the Russian ambassador to Turkey. The ambassador's condition wasn't immediately known.

The attack occurred Monday at a photo exhibition in the capital Ankara, where the ambassador was making an address.

Photographs from the scene showed a man lying on the ground with an armed man dressed in a suit standing near him.