There is no voter fraud: But chasing truth in the age of Donald Trump's big lies is almost pointless 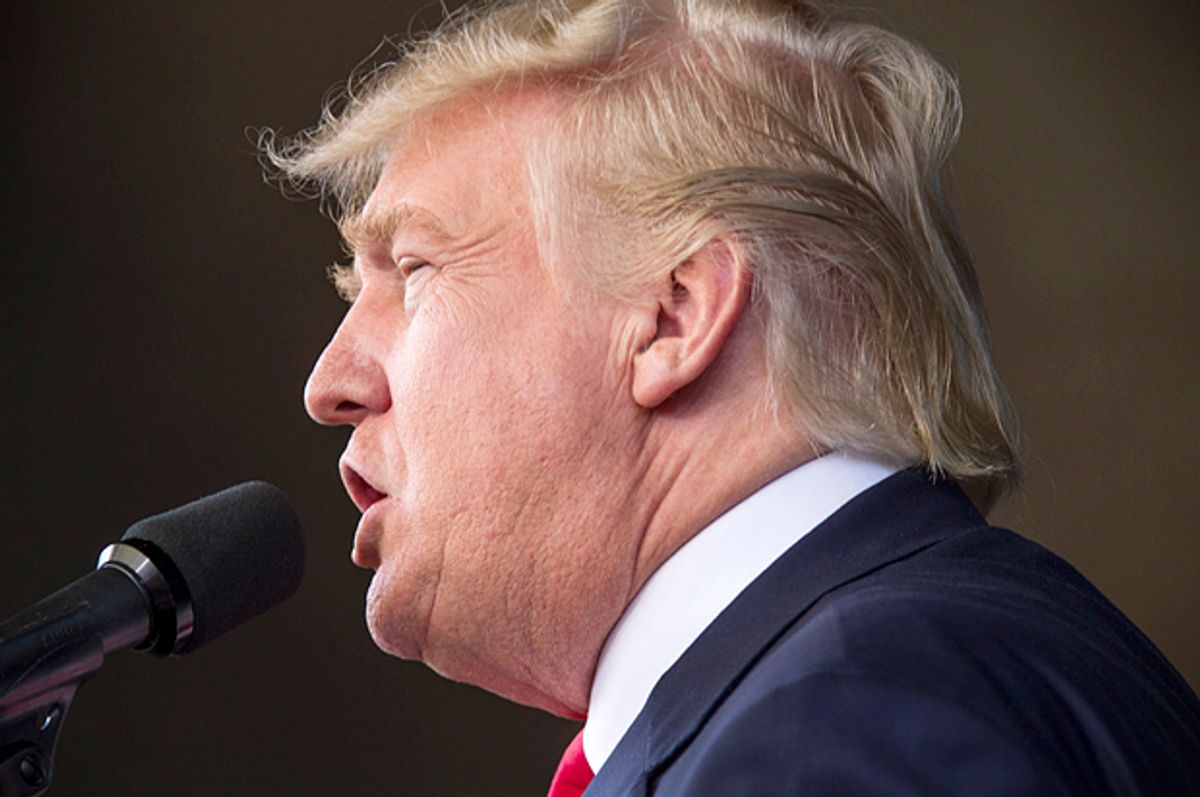 The New York Times published a big report today confirming what we already know: There is no significant voter fraud tainting elections in the United States. The Times contacted election officials in all 50 U.S. states to see if any reports of voter fraud had surfaced in relation to the 2016 race and the “overwhelming consensus” was that there were vanishingly few credible reports of fraudulent voting.

The Times report also showed something else: the disadvantage reporters, journalists and other conscientious people face when taking on determined liars who have large megaphones and unscrupulous enablers.

I am referring primarily to the president-elect of the United States, Donald Trump, whose postelection allegations of massive voter fraud made the Times’ investigation necessary. Trump, clearly irked by his historically large popular-vote deficit, tweeted on Nov. 27 that he would have won the popular vote “if you deduct the millions of people who voted illegally” from the tally. As multiple fact-checkers pointed out at the time, there was no credible evidence for Trump’s claim of widespread voter fraud. The Times’ investigation shows that Trump was, in fact, wrong.

But let’s take a look at what happened in the three weeks between Trump’s tweet and the publication of the Times story.

Immediately after Trump made the false claim, conservative media outlets started crafting bad-faith defenses of his allegation, leaning on thin reeds of distorted and cherry-picked evidence to give the president-elect cover for his lie. Trump supporters closed their ears to the mainstream press and turned to disreputable news sources as proof that their preferred candidate was right. And a dishonest bit of pre-election conspiracy theorizing by a credibility-deficient right-wing cable news host was presented as conclusive evidence that Trump had told the truth.

At the same time as all that disinformation was bubbling up from the internet, high-ranking officials close to the president-elect used their positions to lend credibility to Trump’s lie. Reince Priebus, Trump’s incoming White House chief of staff, said it was “possible” that millions of undocumented immigrants had voted, adding, “I don’t know if that’s not true.”

House Speaker Paul Ryan pointedly declined to say anything about the veracity of Trump’s allegation, saying, “I'm not really focused on these things.” Kris Kobach, Kansas’ Republican secretary of state, stated flat out that Trump was telling the truth: “I think the president-elect is absolutely correct when he says the number of illegal votes cast exceeds the popular vote margin between him and Hillary Clinton at this point.”

Kobach’s comments stand out in particular, given that Kansas was, per the Times, the only state that did not respond to the paper’s inquiries about voter fraud.

So while the Times was reaching out to election officials in every state to produce as conclusive a report on the voter-fraud allegations as it could, a flood of untruth poured out from conservative media, Republican officials and the dark corners of the internet that falsely asserted the veracity of Donald Trump’s tweet. By the time that Times report was published, an entirely separate reality had been constructed around Trump’s extravagant lie to give it the appearance of truth and pre-emptively discredit the people working to demonstrate its falsity.

And this clearly has had an impact: More than half of Republican voters surveyed evidently believe that Trump won the popular vote.

This problem is by no means new, but it’s taken on a new degree of seriousness with someone like Donald Trump coming into the White House. Trump lies a lot. He lies more brazenly and recklessly than any politician in recent memory. He lies so much that people write in-depth guides about how to deal with his extensive lying. Reporters create special tools that insert fact-checks into his absurdly dishonest tweets.

And as long as Republicans see a political interest in defending Trump, he’ll have high-level public officials running interference on his behalf when he fractures the truth.

It’s a daunting, dispiriting challenge to track and debunk misinformation when it’s spread so thickly and with such speed. Trump and his enablers work this dynamic to their advantage: While reporters do the hard work to disprove his lies, he is already moving on to a whole new set of falsehoods.