It's impossible to know the extent of the role they played, but it wasn't inconsequential 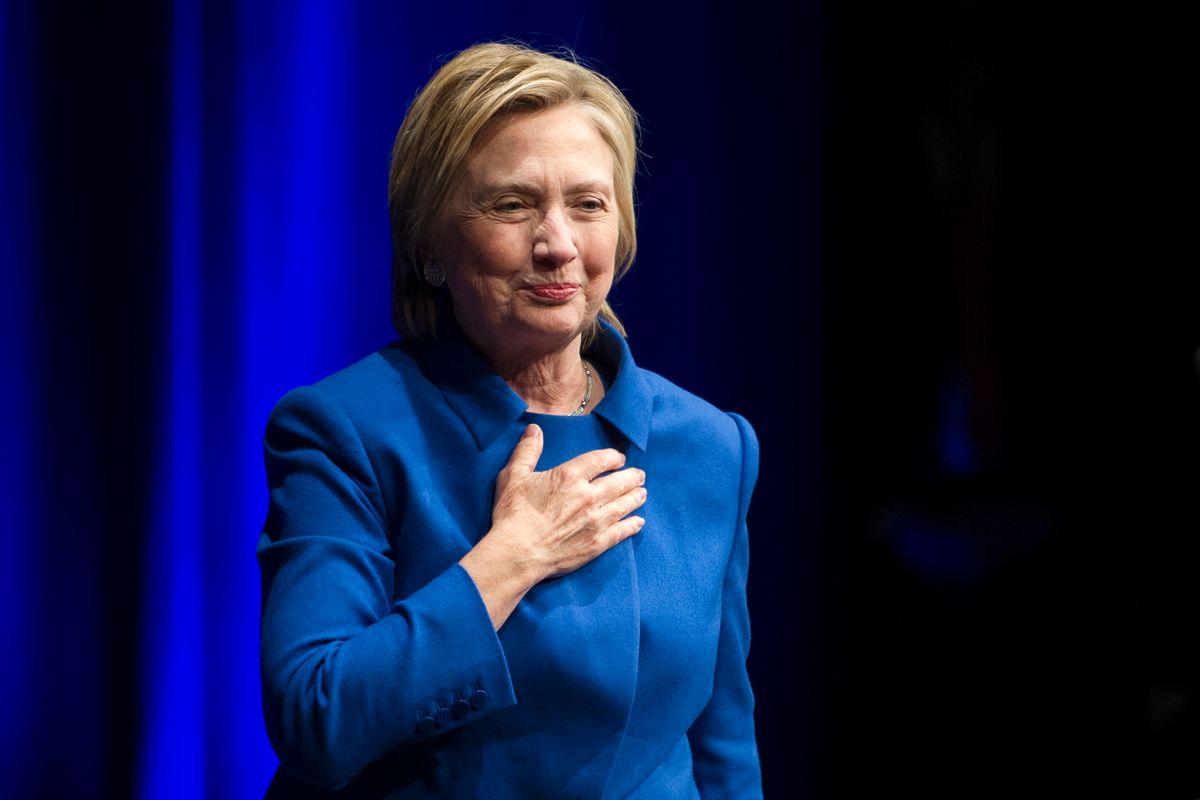 Hillary Clinton places her hand over her hand as she walks to the podium to address the Children's Defense Fund's Beat the Odds celebration at the Newseum in Washington, Wednesday, Nov. 16, 2016. (AP)
--

As the votes continue to be counted in states with Voter ID laws, it seems increasingly likely that they played a role — perhaps even a decisive one — in Hillary Clinton's loss to Donald Trump in key swing states.

One city that has attracted special scrutiny is Milwaukee, Wisconsin, according to a report by the Los Angeles Times on Saturday. Wisconsin saw its lowest voter turnout in 20 years during the 2016 presidential election, with voter turnout dropping by 41,000 from the previous presidential election in Milwaukee amidst numerous reports that minority citizens were unable to vote.

"I believe it was voter suppression laws from the state government that crushed turnout," said Milwaukee County Clerk Joe Czarnezki, one of two officials who oversees local elections, in an interview with the Los Angeles Times. "They tend to hit hardest on people who are poor, who don’t drive and don’t have a license, who are minorities."

This is not a consensus view, with University of Florida professor Michael McDonald (who studies voter turnout) observing that to the Los Angeles Times that "African American turnout was down across the board from 2012, and that likely had something to do with Obama not being on the ballot."

The article also noted that voter turnout had decreased among the black populations in cities like Philadelphia, Pennsylvania and Detroit, Michigan, even though they did not have strict voter ID laws. Trump won both of those states by razor-thin margins as well.

Nevertheless, McDonald said he believes that the legal battle over Voter ID laws is "likely not over," adding that he "would not be surprised to see this go to the Supreme Court."

Voter ID laws are widely viewed as racist due to their tendency to disproportionately impact racial minorities and the poor. In July, the Fourth Circuit Court of Appeals struck down a Voter ID law in North Carolina (which Trump also won) on the grounds that "the new provisions target African-Americans with almost surgical precision."

Voter ID laws seem to have been part of a larger drive by Republicans to negatively impact voter turnout among minority communities. As Salon reported on Wednesday, the Leadership Conference on Civil and Human Rights issued a report finding that 43 percent of counties which had previously been covered by the Voting Rights Act had reduced their number of voting locations. Overall, there were 868 fewer sites to vote in 2016 as a result, the vast majority of them in nonwhite and low-income areas.

Although Section 5 of the Voting Rights Act required any changes in voting rules from states with a history of racial discrimination to be pre-approved by the Justice Department, that provision was overturned by the Supreme Court in Shelby County v. Holder in June 2013.