The "Jeopardy" contestant only let a handful of people know she was dying of colon cancer, before wowing audiences 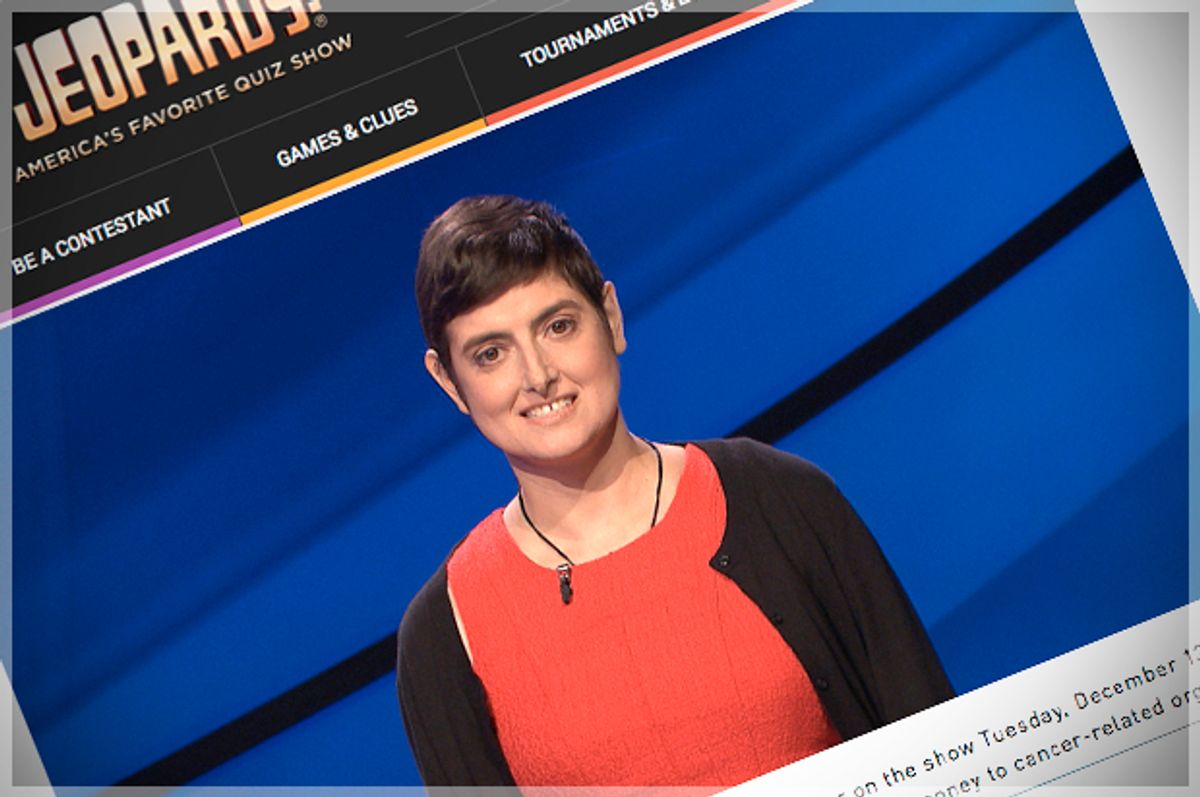 2016 has been a terrible year for many people — Americans, Britons, anyone with a soul, really — but there was one inspiring story to be found.

Meet Cindy Stowell, the science content developer from Austin, Texas who was dying of Stage 4 colon cancer and spent her final days on "Jeopardy!" winning money for the Cancer Research Institute.

Because Stowell died on Dec. 5 at the age of 41, she will never get to see the episodes in which she appeared (they started airing over a week later). She has so far won five straight games and a total of $80,002, although the show's producers are remaining mum about how long her winning streak will continue.

"She knew she wasn’t going to be around, and so she felt like the best thing she could do was try to help do what she could to help get us to a cure faster," Stowell's boyfriend Jason Hess told KXAN, a TV station in Austin, earlier this month.

After passing an online contestant test, Stowell informed a producer during her audition in Oklahoma City that she had cancer and asked how long it would take between her in-person interview and the date her episodes would be taped. She estimated that she had about six months to live.

"If there is the chance that I’d be able to still tape episodes of ‘Jeopardy!’ if I were selected, I’d like to do that and donate any winnings to . . . charities involved in cancer research," Stowell said, according to the show's website. "If it is unlikely that the turnaround time would be that quick, then I’d like to give up my tryout spot to someone else."

Stowell was told that if she qualified she would be booked three weeks later for the show, as fast a turnaround as the show could manage. While competing Stowell was on painkillers and fighting a blood infection, yet managed to defeat the 7-day champion (an editor from Vermilion, Ohio who had won $107,499) and continued unabated with her winning streak.

Aside from a handful of the show's staff members and host Alex Trebek, nobody on the show knew that Stowell had cancer — least of all her competitors.

in a horrible year like 2016, i'm so happy to see that this inspiring story will continue on. we love you cindy... keep on winning #Jeopardy pic.twitter.com/buemFIrinM