Closely associated with tragedy, "surreal" is also the word of 2016

Searches for the word surreal spiked after the election night results in November; nobody can say why 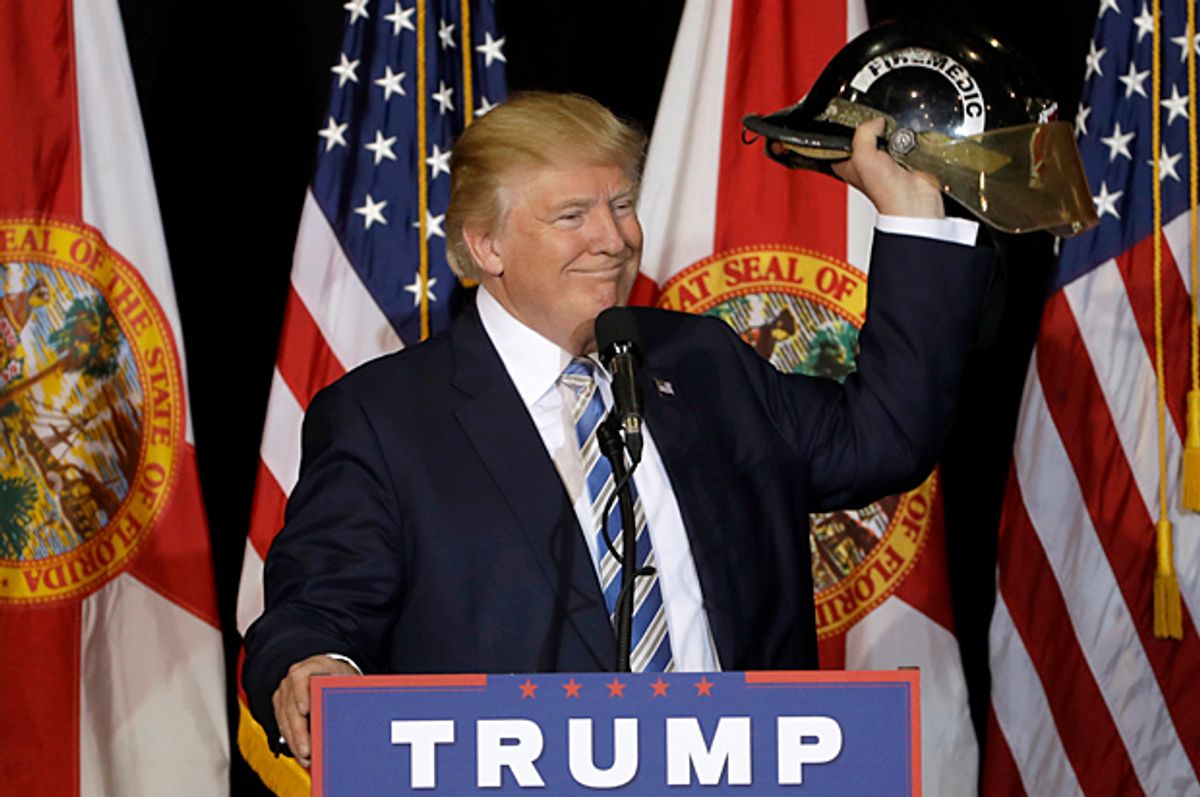 Most would agree 2016 was a year set on fire by events no one ever thought could ever be real, let alone occur. From the deaths of major inspirational figures in pop culture that range from David Bowie and Prince to Leonard Cohen and now Zsa Zsa Gabor, it seems our world is making room for . . . something. Or maybe it’s just that these great figures left us while the getting was still good.

After the results of the presidential election were announced, it became clear that this year went from having a collective understanding of being bad to absolutely unfathomable. Most Americans were excited at the possibility of having a  woman president represent us for the first time, defend our rights and lead us into the future. What we have now is a president-elect who is more concerned with berating the cast and fans of “Hamilton” on Twitter and meeting with narcissistic rap superstars than acknowledging issues like climate change or being bothered with daily briefings.

Indeed, 2016 is likely to go down in history for its sordid combination of persistent melancholy and absurdity, and the wordsmiths behind Merriam-Webster’s dictionary have announced their choice for the word that most appropriately sums up the year as a whole:

Ladies and gentlemen, this year’s word of the year is “surreal.”

According to Peter Sokolowski, editor at large for Merriam-Webster, “Spikes of interest in a word are usually triggered by a single event,” which makes this year interesting because never before has society had such an extreme cultural interest in the definition of the word “surreal.” Nor have we had so many events to apply the term to.

“Historically, ‘surreal’ has been one of the words most searched after tragedy, most notably in the days following 9/11. But it was associated with a wide variety of stories this year,” Solowski continued.

This year was unique in that searches for the word “surreal” spiked when the country was at the nadir of disbelief regarding our contemporary state of being, and it’s no surprise the biggest spike was seen following the results of the presidential election in November.

“Surreal,” which is defined as being “marked by the intense irrational reality of a dream” is a relatively new term in the English language and was introduced to the dictionary in 1967.

In terms of sociolinguistics, the Sapir-Whorf hypothesis postulates that a word can not exist unless the concept does. This is why the Eskimos' language has more than 50 words for snow because their lexicon requires this. It’s unfortunate that we need a word to so fittingly describe the sense that all  this must be a very vivid and awful dream. And yet, here we are caught in a dream without sleep.

“Surreal” almost lost out as word of the year to a not-so-nice term “fascism.” That word received a surge in online searches following the political rise of Donald Trump and the term continues to represent many people’s fears of the direction our country is headed in.

But it’s important to consider the symbolic reasons why “fascism” lost out to “surreal.” The fear and hatred the word suggests should not define our culture, our country or our year as a whole. As we search for a way to end this imbroglio and move forward, we need hope wherever we can get it.

To suggest that this year has been defined by a surreal series of events that have led to today and other upcoming milestones feels better than acquiescing to the thought that fascism won in multiple senses of the term.

As we move forward in these uncertain times toward a new year and new political climate, our best efforts will be made by going into them with at least an inkling of hope. But for right now it seems that all we can do is wait to kiss at midnight — and for the other shoe to drop.