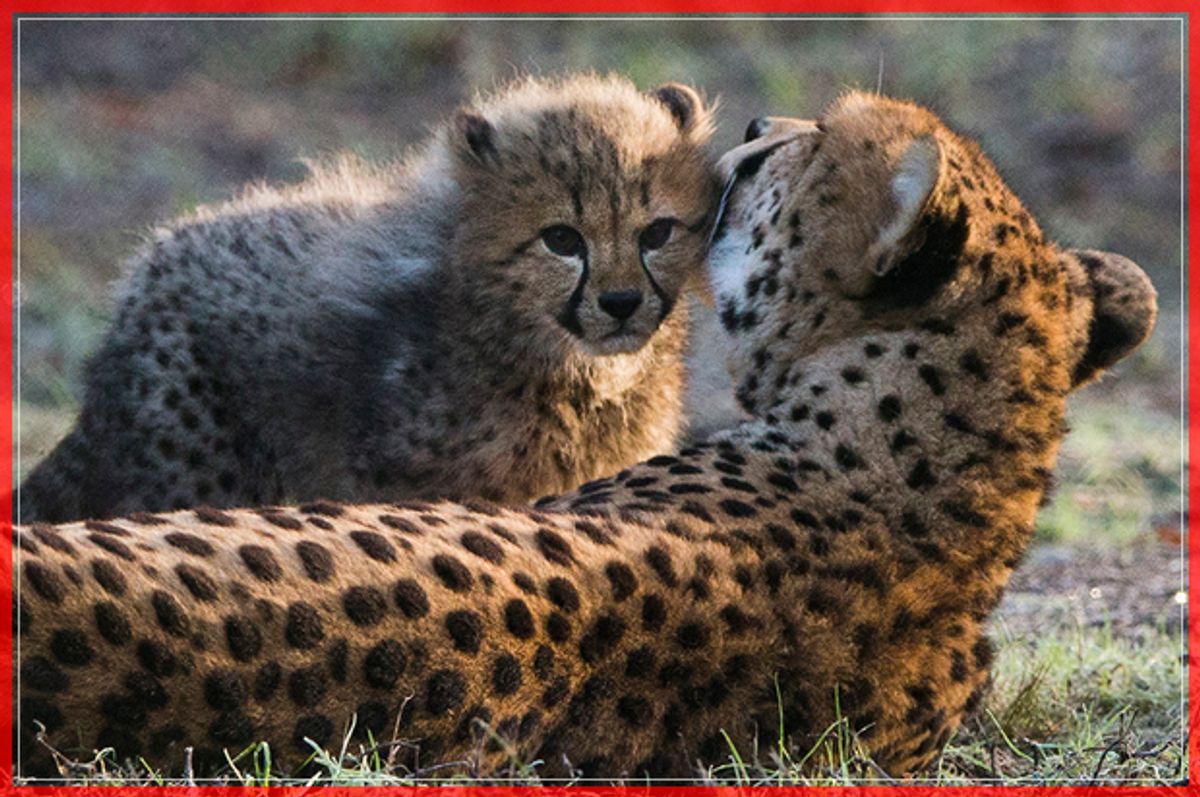 A Cheetah mother licks one of her six cubs as they venture outside for the first time after the cubs birth at Burgers' Zoo in Arnhem, eastern Netherlands, Tuesday, Dec. 20, 2016. The fourteen-week-old sixtuplets were born on Sept. 14, 2016. (AP Photo/Peter Dejong) (AP)
--

Ankara, Turkey   Hasim Kilic/Reuters
The Russian ambassador to Turkey Andrei Karlov lies on the ground after being shot by Mevlut Mert Altintas Shot dead. Andrei Karlov (62), Russian ambassador to Turkey, lies on the ground after being attacked by off-duty policeman Mevlut Meat Altintas (22). Karlov was speaking at an art gallery in Ankara, Turkey. During the pandemonium that followed the assault, Altintas invoked the siege of Aleppo. Mr Karlov’s assassination came on the same day the UN Security Council unanimously called for all parties to observe the evacuation of the last rebel-held enclave in that city. Two days earlier a car bomb near a bus in Kayseria (31 miles from the capital) killed 13 soldiers and wounding 55. One week ago 44 people including 37 police officers were killed in bombings in Istanbul. Social commentary comes in all shapes and sizes, but if you want something in the silent and elegant vein to protest air pollution, you won't do much better than the simple addition of air filter masks to monkey sculptures at the Beijing Zoo.

Arnhem, Netherlands   Peter Dejong/AP
A mother cheetah licks one of her cubs at the Royal Burgers' Zoo in eastern Netherlands Imagine walking through your front door after a long, exhausting day of work. You're single and have no one to shout "Honey, I'm hoooooome" to. Just as you're about to settle into your loneliness, you hear little patters on the hardwood floor. Before you can even get your coat off, six little cheetah cubs run into the room to greet you. All is well.

Hanover, Germany   Holger Hollemann/Getty
Meerkats are presented with a Christmas gift filled with mealworms at the Hanover Zoo Should you be one of the trendy folks who have glommed onto the idea of keeping a meerkat as a pet, you might be wondering what kind of special treat to bestow this holiday season. The zookeepers in Hanover, Germany, have given this some thought. Send mealworms adorned with gift wrap.