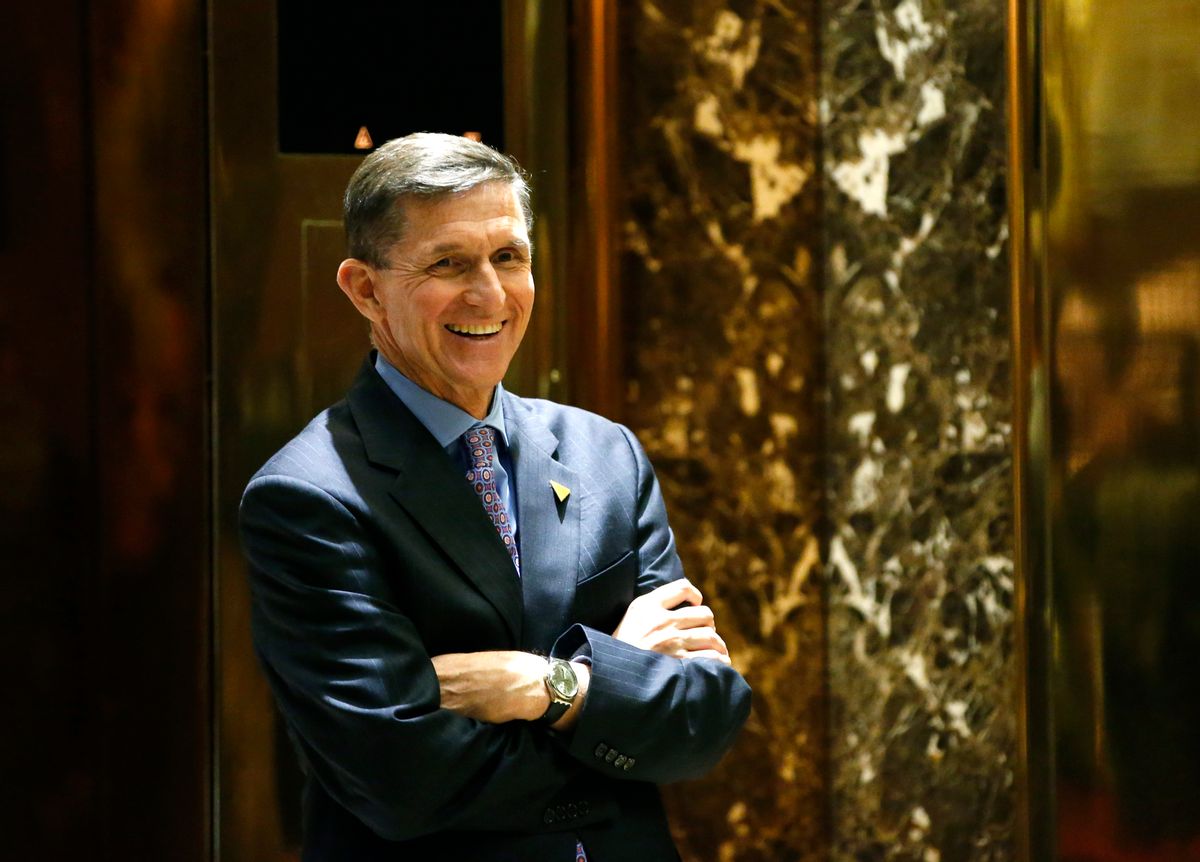 It appears that President-elect Donald Trump's decision to appoint a conspiracy theorist as his national security adviser isn't sitting well with many National Security Council staffers.

A disproportionately high number of junior-level civil servants working for the NSC are considering leaving their jobs due to Trump's selection of retired Lt. Gen. Michael T. Flynn as his national security adviser, according to a Sunday report in The Guardian. The British newspaper spoke with current and former NSC officials and pinned the number of potentially exiting staffers at roughly 400. As one official put it: "Career people are looking to get out and go back to their agencies and pressure is being put on them to get them to stay. There is concern there will be a half-empty NSC by the time the new administration arrives, which no one wants."

There are multiple reasons cited as possible cause for NSC staffers' concerns about Flynn, including his affinity for conspiracy theories, his connections to the Russian government, and even reports that he inappropriately shared classified military information with foreign military officers while serving in Afghanistan (a subsequent Army investigation determined that Flynn's actions had not posed a risk to national security). The Guardian also reports that Trump's transition team hasn't been talking with NSC officials on many issues of substance, which could also be contributing to the dissatisfaction.

“Most of the folks I have talked to at the three agencies – DoD (Department of Defense), state and White House – claim they have little or no interaction with these teams to date,” said Julianne Smith, a former deputy national security adviser to Vice President Joe Biden, in an interview with The Guardian. “There are very important substantive handoffs that need to be occurring that are in fact not happening. That is creating added concern about the career civil servants who are in these agencies, wondering what they are in for.”

Flynn's conspiracy theorizing was apparently so egregious that employees at the Defense Intelligence Agency dubbed them "Flynn facts." His most recent conspiracy theories includes claiming that Islamic terrorists infiltrate the Mexican border using Arabic-language signs, claiming that Democrats have imposed Sharia law in parts of Florida, and sharing a tweet (since deleted) suggesting that Hillary Clinton was involved in child trafficking. Flynn also raised eyebrows when he appeared as a guest speaking on Russia's state-owned television network Russia Today, even sitting at Vladimir Putin's elbow during an opulent dinner party held by the network.

As for claims that Flynn is an Islamophobe? Well...

Fear of Muslims is RATIONAL: please forward this to others: the truth fears no questions... https://t.co/NLIfKFD9lU