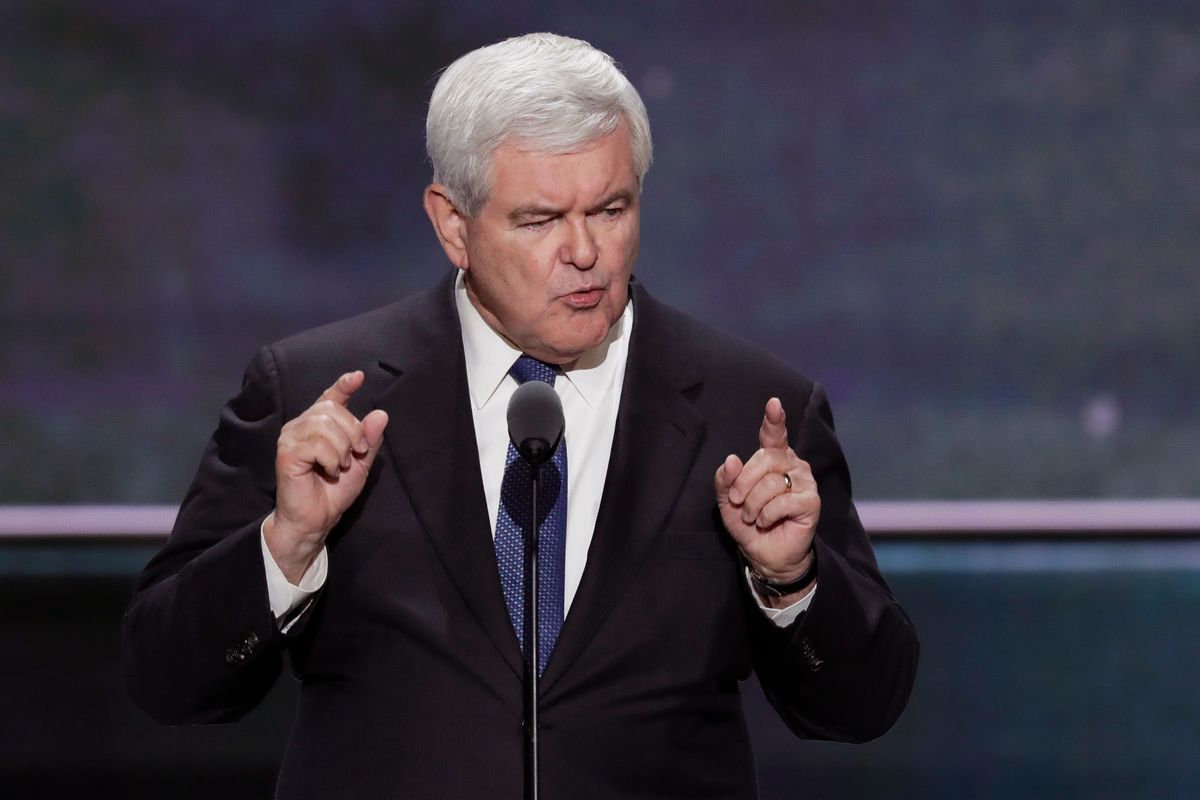 Newt Gingrich, the former House speaker who is currently one of President-elect Donald Trump's closest advisers, seems to think that corruption is okay as long as Republicans are the ones doing it.

“In the case of the president, he has a broad ability to organize the White House the way he wants to. He also has, frankly, the power of the pardon," Gingrich said on "The Diane Rehm Show" Monday morning. "It is a totally open power, and he could simply say, 'Look, I want them to be my advisers. I pardon them if anyone finds them to have behaved against the rules. Period.' Technically, under the Constitution, he has that level of authority."

That flies in the face of what Gingrich wrote an editorial for Fox News just four days before the presidential election warning, in which he warned that "power tends to corrupt and absolute power corrupts absolutely."

"From Whitewater to 33,000 deleted emails to the corruption of the Clinton Foundation to all the problems exposed by Wikileaks, the Clintons personify the Greek model of hubris and Lord Acton's warning that power corrupts," Gingrich wrote.

And then, Gingrich really went for ironic gold, writing: "for Nixon there were no charges of personal corruption, personal enrichment, or conspiracy to exploit public office for financial gain. On every level, the Clintons have greater vulnerabilities, greater exposure to investigation, and greater legal liabilities than Nixon. Will Americans really vote to send a criminal family to the White House?"

When it came to Trump's family and the massive conflicts of interest that exist for them, however, Gingrich was totally fine.  "We’ve never seen this kind of wealth in the White House, and so traditional rules don’t work," he said. "We’re going to have to think up a whole new approach."

Gingrich isn't free of his own ethical issues either.

"In 1997, the House ethics committee voted 7 to 1 recommending that Gingrich 'face an unprecedented reprimand from his colleagues and pay $300,000 in additional sanctions after concluding that his use of tax-deductible money for political purposes and inaccurate information supplied to investigators represented ‘intentional or . . . reckless’ disregard of House rules,'" reported Media Matters in July. "The full House later voted (by an overwhelming 395 to 28 margin) that Gingrich should pay the fine and be officially reprimanded."