The Trump University fraud case has been settled for $25 million

Trump once said "I don't settle cases," but it turns out he actually does 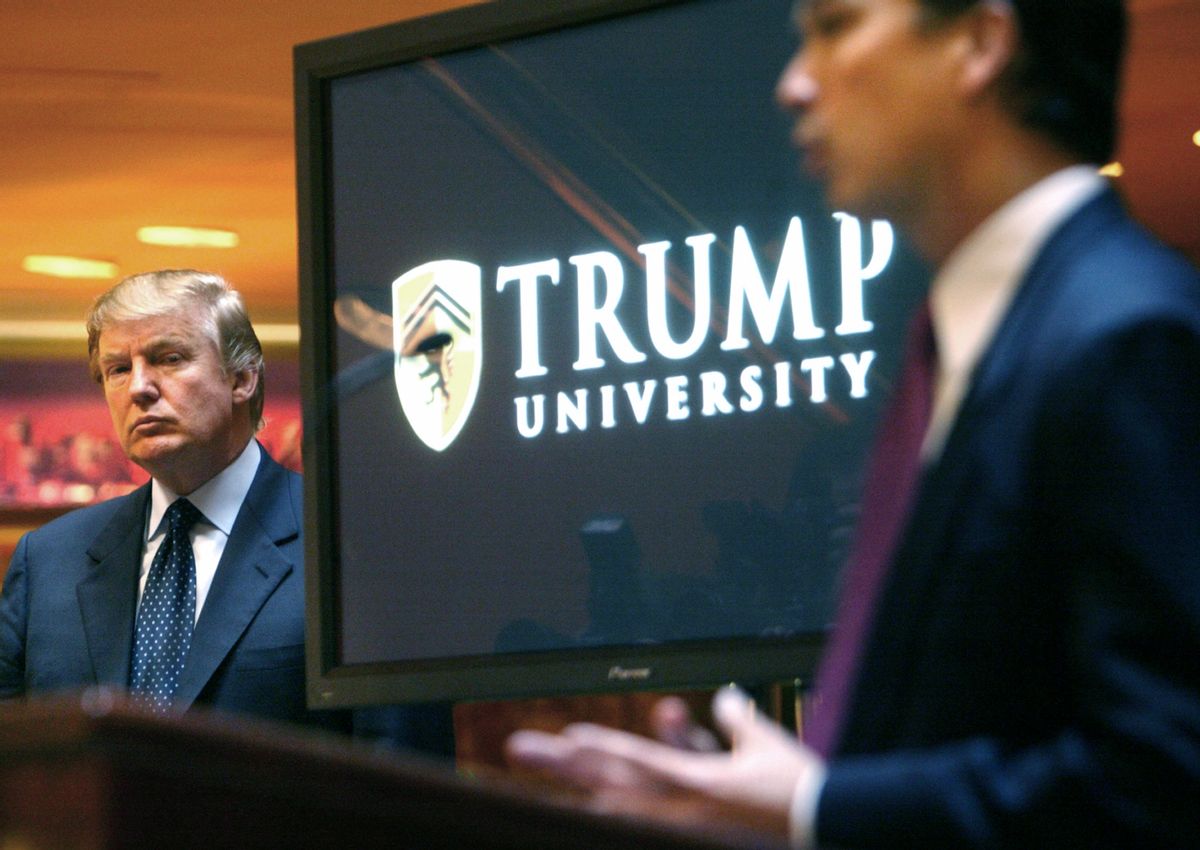 President-elect Donald Trump may have declared that he would never settle the Trump University fraud case, but now we know for sure that he has indeed settled — because the details were released on Monday.

The settlement submitted to a San Diego federal court requires Trump to pay $25 million to the plaintiffs' lawyers by Jan. 18, 2017, two days before his inauguration, according to a report by Politico on Monday. It will refund roughly 50 percent of the fees paid by Trump University participants, who paid anywhere from $1,500 for a three-day seminar to $35,000 for a mentorship program. From that $25 million, $4 million will be set aside to settle a parallel lawsuit against Trump from New York Attorney General Eric Schneiderman.

Both Trump's attorneys and those representing the plaintiffs requested that U.S. District Court Judge Gonzalo Curiel grant preliminary approval of the settlement.

"By any metric, this is a fair, adequate, and reasonable settlement," the attorneys said.

The Trump University lawsuit was a particularly embarrassing thorn in Trump's side throughout the 2016 presidential election. During a Republican presidential debate in March, Trump famously declared that "I don't settle cases. I don't do it because that's why I don't get sued very often, because I don't settle, unlike a lot of other people."

He then added, "You know what, let's see what happens in court."

In June, the Trump University lawsuit again made headlines when Trump claimed that Judge Curiel could not be impartial because of his Mexican heritage, even though Curiel was born in Indiana.

After it was announced that the Trump University lawsuit would be settled, Trump characteristically fired off a pair of defiant tweets.

I settled the Trump University lawsuit for a small fraction of the potential award because as President I have to focus on our country.

The ONLY bad thing about winning the Presidency is that I did not have the time to go through a long but winning trial on Trump U. Too bad!