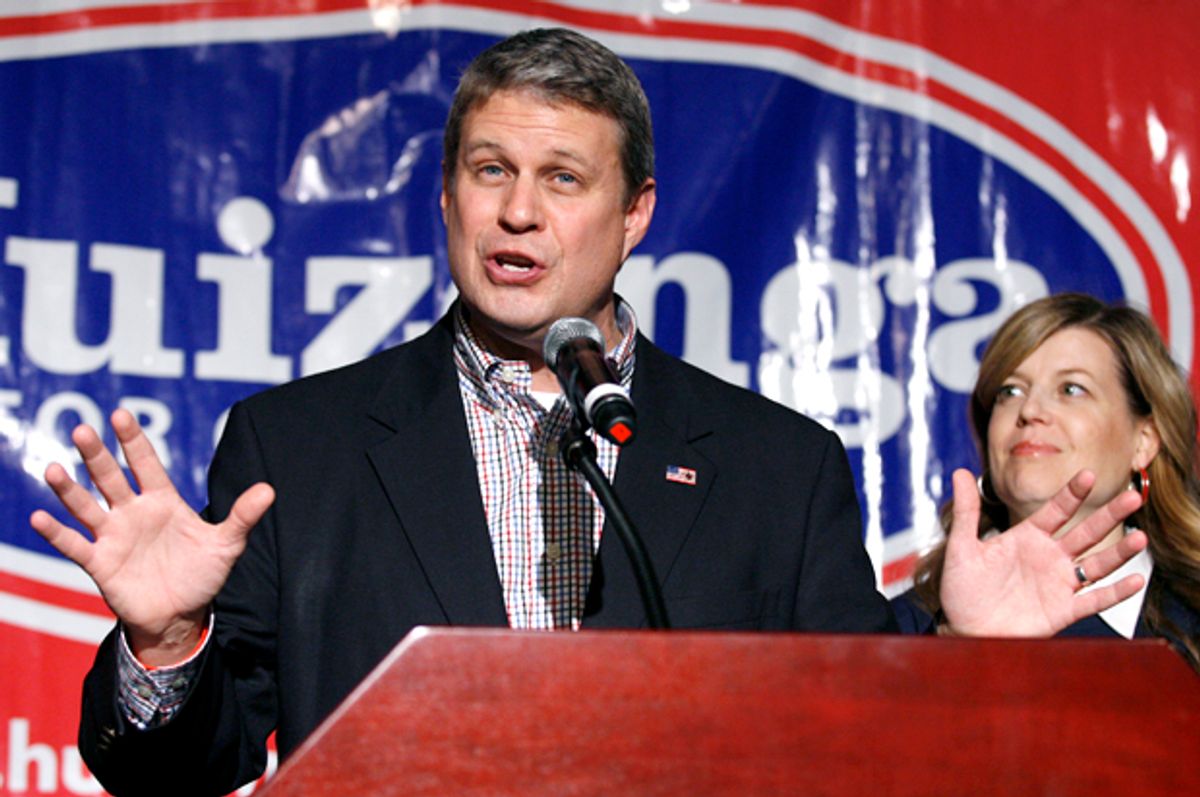 Let's start with an anecdote from the life of Rep. Bill Huizenga, a Michigan Republican riding the Donald Trump train who's really excited about getting rid of Obamacare but pretty lukewarm about what to do after getting rid of it.

Take it away, MLive.com:

The father of five offered a personal example of how this shift might play out. He says his youngest son fell and injured his arm. Not sure if it was sprained or broken, he and his wife decided to wait until the next morning to take the 10-year-old to the doctor's office, instead of going to the emergency room that night. The arm was broken.

While other people will call this bad parenting, this is, in Huizenga's eyes, "responsibility."

"Way too often, people pull out their insurance card and they say 'I don't know the difference or cost between an X-ray or an MRI or CT Scan.' I might make a little different decision if I did know (what) some of those costs were and those costs came back to me," Huizenga said.

Yes, this is the future of Republican health care: Wait because then treatment might be cheaper. And expect these questions to be featured in the FAQ section of the website of what used to be online health care marketplaces:

My chest hurts: Should I go to the hospital or just take some aspirin?

My uncle is slurring his speech: Should he go to the hospital or should I just give him some coffee instead?

Just remember that this wisdom comes from the party with members who once thought we shouldn't expand health care access across the nation because people used to give doctors chickens in payment.