The president-elect won the Electoral College, where it counts, but his popular vote loss sticks in his craw 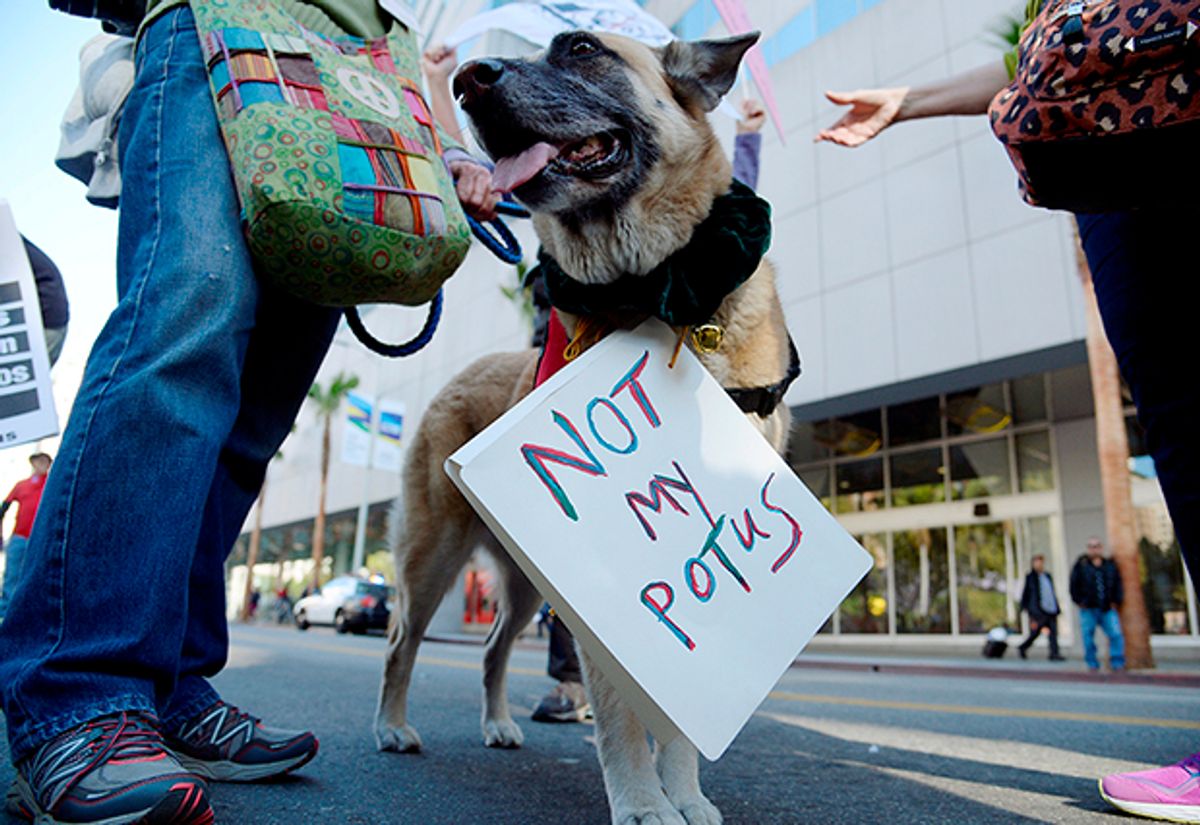 A dog is seen carryogn a sign during a march and rally against the United States President-elect Donald Trump in Los Angeles, California, U.S., December 18, 2016.REUTERS/Kevork Djansezian - RTX2VLA7 (Reuters)
--

President-elect Donald Trump is throwing another Twitter-based temper tantrum over the fact that he won the presidency in the Electoral College while losing the popular vote. It seems to be something that's making him upset.

Campaigning to win the Electoral College is much more difficult & sophisticated than the popular vote. Hillary focused on the wrong states!

I would have done even better in the election, if that is possible, if the winner was based on popular vote - but would campaign differently

I have not heard any of the pundits or commentators discussing the fact that I spent FAR LESS MONEY on the win than Hillary on the loss! — Donald J. Trump (@realDonaldTrump) December 21, 2016

And here's your reminder that Donald Trump's political views are, shall we say, flexible?

The electoral college is a disaster for a democracy.

As of Thursday's popular vote count, Clinton had received 65,844,610 votes, or 48.2 percent, to Trump's 62,979,636, or 46.1 percent — 2.86 million more votes for Clinton. Trump's victory can be attributed to winning the crucial swing states of Pennsylvania, Michigan, and Wisconsin by razor-thin margins.