For Donald Trump and Breitbart, winning isn't enough, so they invent a "landslide" to intimidate potential critics 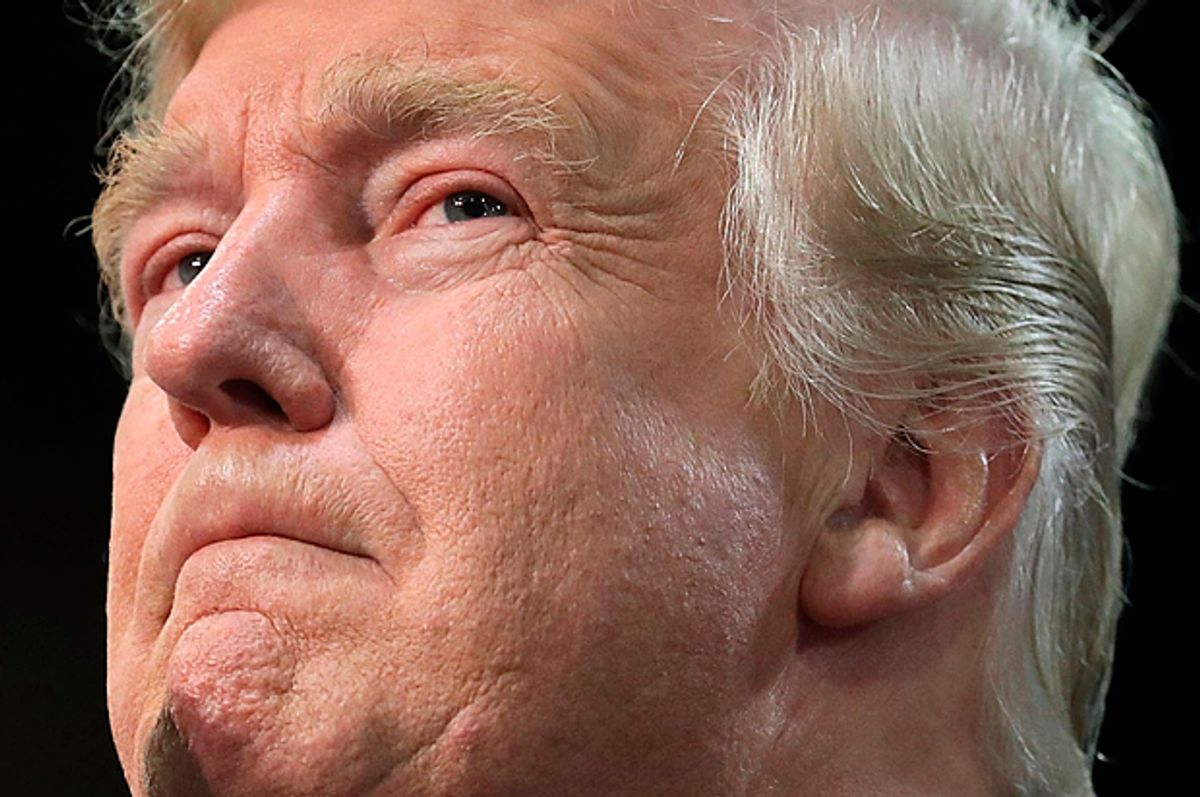 Donald Trump clearly has concerns about his legitimacy and political authority as president-elect. If I were him, I’d be concerned, too, given how fluky his victory was: He scored a narrow Electoral College win along with a historically large defeat in the popular vote. On top of that, he’s set to come into office as one of the least popular presidents in recent history. But for Trump, simply winning the presidency isn’t enough, so he’s launched a slipshod propaganda effort to create an unreality in which his historically weak victory was a historically massive rout, borne of his unmatched political genius.

You can see this reflected in both the official statements from the Trump transition and the president-elect’s tiresome and self-indulgent Twitter analysis of his victory. The transition’s statement on the Electoral College’s certification of Trump’s win described it as “a historic electoral landslide victory in our nation’s democracy.” His top aides have described his electoral vote count as “historic” and a “blowout.” The truth is that Trump's Electoral College margin ranks 46th out 58 presidential elections.

On Twitter, the president-elect has been sending inconsistent messages about his popular-vote defeat, claiming alternately that he won the popular vote and also that he had the strategic vision to disregard the popular vote. Trump wants you to believe either that he was wrongly cheated out of an outright popular mandate (he wasn’t) or that he’s so great a politician that the popular vote loss is a testament to his brilliance (it isn’t).

At first blush, this comes off as little more than insecurity and ridiculous chest puffing. But there’s a point behind it: intimidation. Politico reported on Wednesday that Republicans in Congress are increasingly wary of saying anything critical of the president-elect out of fear that they’ll catch the wrath of Trump’s rabid online supporters. The primary instrument of this pro-Trump intimidation campaign is Breitbart News, which served as a de facto communications shop for the Trump campaign and is now pushing the same “landslide” propaganda as the president-elect, according to Politico:

"Nobody wants to go first," said Rep. Mark Sanford (R-S.C.), who received nasty phone calls, letters and tweets after he penned an August op-ed in The New York Times, calling on Trump to release his tax returns. "People are naturally reticent to be the first out of the block for fear of Sean Hannity, for fear of Breitbart, for fear of local folks."

“If any politician in either party veers from what the voters clearly voted for in a landslide election … we stand at the ready to call them out on it and hold them accountable,” the person said.

Again, for the sake of staying anchored to objective reality, "the voters" neither “clearly” chose Trump nor did they choose him in a landslide. They chose someone else, and they did so by a substantial margin.

Republicans will be “intimidated” by this posturing only if they choose to be. Right now, all indications are that the congressional GOP and the president-elect have a pretty solid understanding of one another, insofar as they’re on the same page on most big issues: Cutting taxes for rich people, eliminating the Affordable Care Act, nuking regulations, clamping down on immigration and saying “radical Islamic extremism” as many times as it takes until terrorism is defeated.

All of this is to say that the intimidation effort by Trump’s lackeys is really pretty silly, given that they and the congressional Republicans they’re targeting have an interest in inflating Trump’s political standing. Republican leaders in Congress are already downplaying his many flagrant ethics violations and looming abuses of authority because they believe he’ll sign their agenda into law. Trump already has the power he wants, but apparently that’s not enough for him and his propagandists in the conservative media.