Having a baby changes a mom's mind forever; the workplace needs to adapt 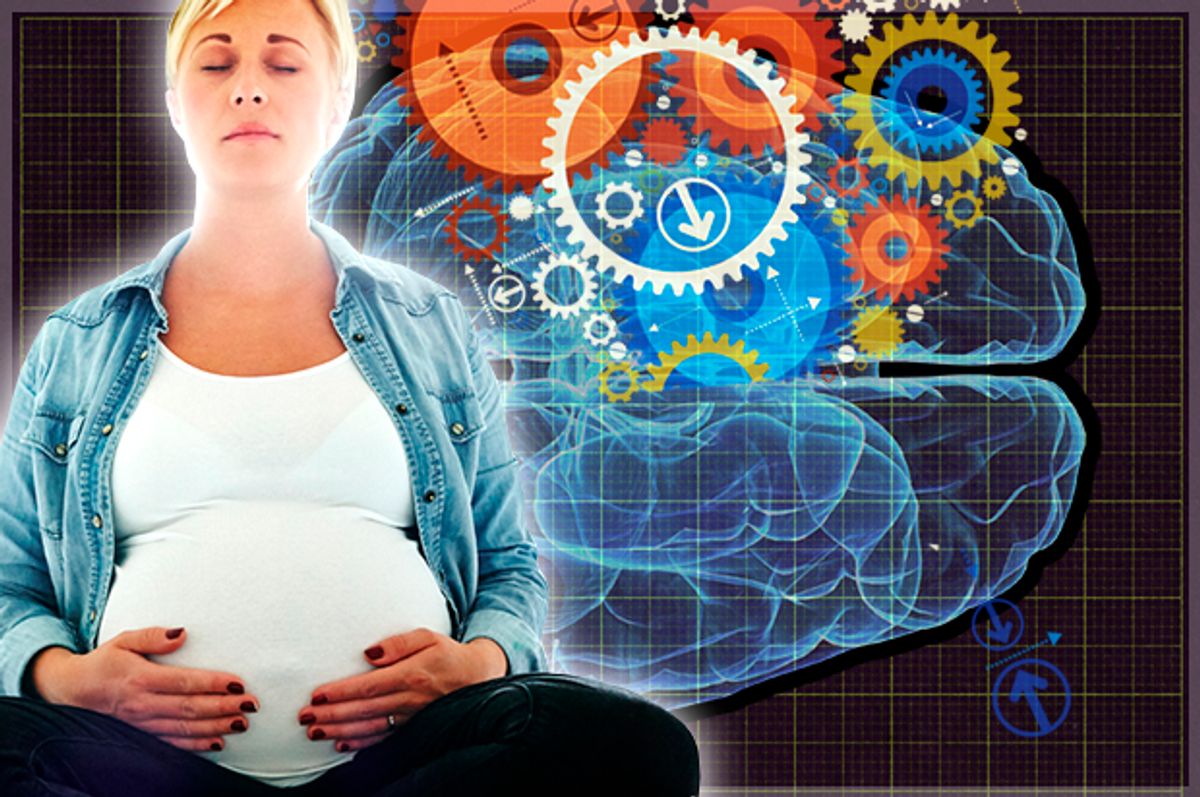 I'm at the age in which many of my friends are beginning to start families. Part of this process includes considering name options, baby shower planning and developing an evolving sense of how life will change following the stork’s delivery. “But don't worry,” is the disclaimer given by many expectant mothers. “Being a mom isn't going to change who I am.”

A new study published in Nature Neuroscience, however, suggests that a woman’s body isn't the only thing to change following a pregnancy.

Researchers at Autonomous University in Barcelona studied brain images of 25 new mothers and found significant changes in gray matter compared with the scans done of women prior to their giving birth and those of first-time fathers and men without children.

The researchers found reduction in gray matter in areas of the brain responsible for social cognition and theory of mind, which contributes to how someone assesses what's going on in another person’s head. The authors believe this type of reduction to be a specialization process that enables women to more effectively cater to infants' needs.

This amounts to a valuable adaption for mothers in order for them to determine the needs of an infant. These regions were also found to exhibit the most activity when a new mother viewed images of her child; her brain is literally in “mom mode.”

The study’s authors were able to use these brain images to predict how women would score on an attachment scale using a computer algorithm based on patterns of gray matter reduction. Additionally, it's interesting to note that new fathers did not undergo losses of gray matter, which the researchers believe can be attributed to women’s brains becoming specialized for motherhood.

Often hormonal changes are highlighted in terms of a woman’s changing body during pregnancy. The only other period in a person’s life in which such dramatic increases in progesterone and estrogen occur is during puberty, a process found to spark structural changes in teenagers' brains that involve the reduction of gray matter. This suggests that pregnancy is as much a psychoneurological transition as it is a physical one.

This research is compelling in terms of contributing to how our culture understands motherhood. Women should celebrate their new roles as mothers rather than attempt to assure others that having a child won't change who they are. It does, and we should accept the evolving roles of women as mothers as much as we do our professional and creative pursuits. Science now backs the belief that reform is needed to provide support beyond maternity leave; we're kidding ourselves if we expect a woman to come back to work unchanged after having a baby.

By understanding how women’s minds and bodies are remodeled during and after pregnancy, maybe now we can begin reshaping the level of support they're given. If it takes a village to raise a child, the villagers should also be willing to extend continued support to mothers.