Eric Trump stops fundraising for his charity after scrutiny over auctioning off access to Donald Trump, Ivanka Trump 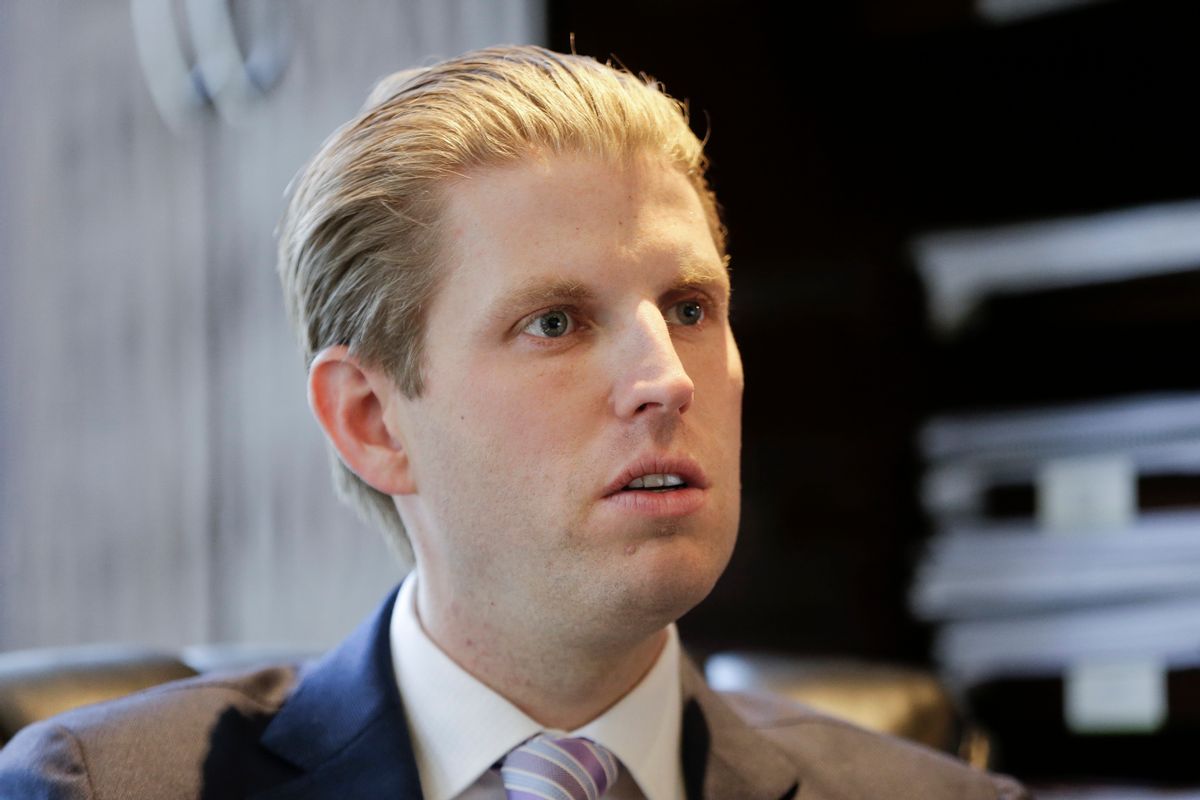 PALM BEACH, Fla. — One of President-elect Donald Trump's sons will stop directly raising money for his namesake foundation, saying he worries the donations could be perceived as buying access to his father.

Eric Trump said Wednesday that it pained him to cease soliciting donations for his organization, which he says has raised more than $15 million for children terminally ill with cancer. The foundation came under scrutiny recently after posting an online auction for coffee with his sister Ivanka.

"Fighting childhood cancer is a cause that has been central to my life since I was 21 years old," Eric Trump told the Associated Press. "It's an extremely sad day when doing the right thing isn't the right thing. That said, raising awareness for the cause will be a lifelong mission for me."

Trump, the younger of the president-elect's two adult sons, has raised enough money over the last decade to fund a new intensive care unit at St. Jude's Children's Research Hospital in Memphis, Tennessee, which provides free medical care for children. But criticism mounted after an invitation offered a hunting trip with Eric or his bother Donald Jr. in exchange for donations of $500,000 or $1 million to a new charity that Eric Trump supports.

Both the coffee and hunting ventures have been scuttled.

The focus on the Eric Trump Foundation comes after Donald Trump relentlessly criticized his Democratic opponent for the White House, Hillary Clinton, for allegedly providing favors to donors to the Clinton Foundation while she was secretary of State. She has denied those allegations.

Eric Trump said he will likely wind down the Eric Trump Foundation — which had just one employee — but plans to continue public advocacy against childhood cancer. About $5 million of a $20 million, 10-year commitment to St. Jude's remains outstanding, money that likely will be raised by donations from patrons at Trump-owned hotels and golf courses.

Don Jr. and Eric Trump, who were among the Republican businessman's closest campaign advisers and have played an active role in the transition, are planning to remain in New York to run the massive Trump Organization once their father takes office. Critics have demanded the president-elect divest himself from his business. He was to have addressed the future of the company at a press conference last week, but it has been postponed to January.

The future also remains murky for the Donald J. Trump Foundation, a separate charity run by the president-elect that solicited outside gifts and has been criticized for using donations to fund business interests.