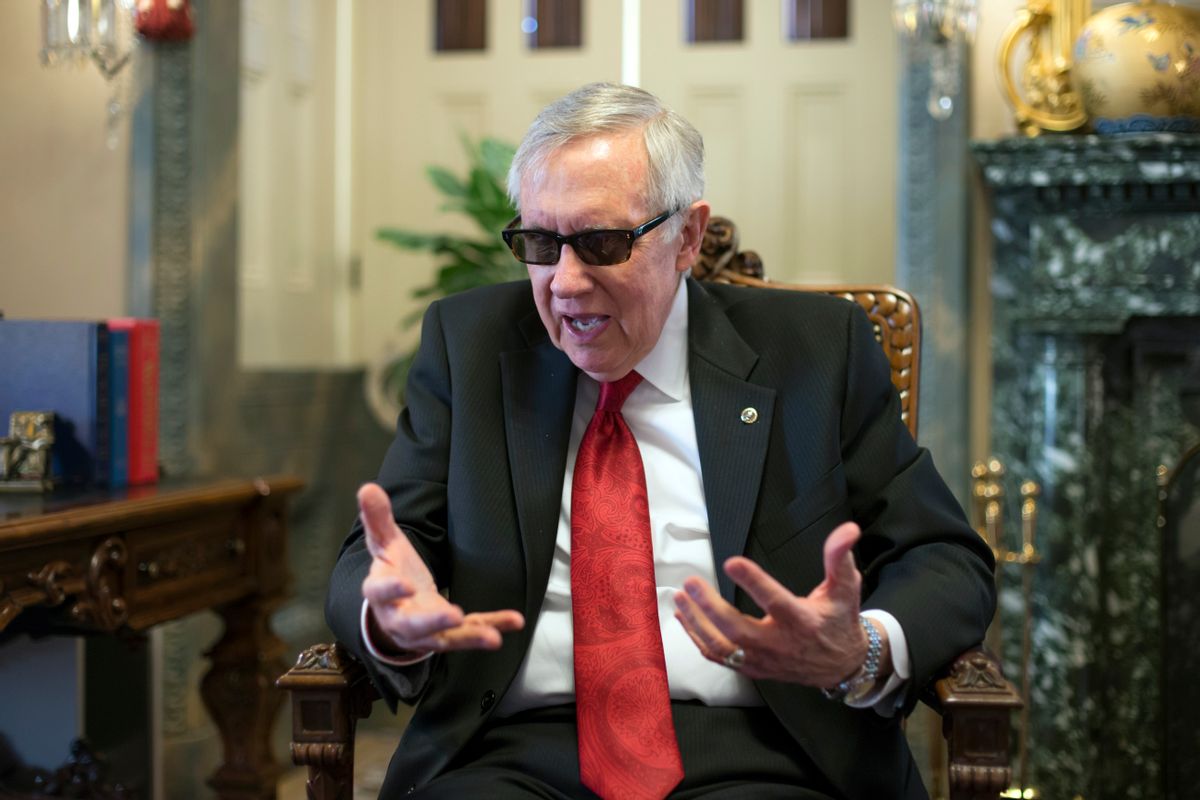 Senate Minority Leader Harry Reid, D-Nev., speaks during an interview with The Associated Press in his leadership office at the Capitol in Washington, Tuesday, March 8, 2016. Never one to back down from a political fight, the five-term Nevada Democrat has been relentlessly pounding Republicans over their insistence that President Barack Obamas successor fill the vacancy on the Supreme Court. The GOP remains unified. (AP Photo/J. Scott Applewhite) (AP)
--

Outgoing Senate Minority Leader Harry Reid has been unforgiving when it comes to the untimely collapse of the Democratic National Committee for the 2016 elections.

"I believe one of the failures of the Democratic Party has been the Democratic National Committee," Reid said on Nevada Public Radio on Wednesday. " The DNC has been worthless. They do nothing to help state parties. That should be the main goal they have."

Even before the election, Nevada politics guru Jon Ralston reported Reid's own mobilizing efforts would help deliver the state to Democratic nominee Hillary Clinton. "The reality of this election is that if Clinton wins, especially if she ends up needing Nevada, it’s not a stretch to declare that Reid was the single most important person in her victory," Ralston wrote for Politico Magazine.

Reid seemed to agree with this analysis on Wednesday, repeating his claim that the DNC was relatively meaningless. "I developed everything in Nevada on my own," he said.

Shortly after the election, Reid announced his support for U.S. Rep. Keith Ellison as head of the DNC. Ellison has promised he would resign from Congress if he were elected head of the committee.

Whoever ends up running the DNC, Reid suggested on Wednesday he or she use his model. "We need a full time DNC chair. And what they should do — they can take my model if they want — it's not rocket science," Reid said. "They should take a few states every election cycle, maybe three, maybe four, and help them develop the infrastructure for good state party organization."