Trump's pledge to protect Americans who depend on Obamacare, Medicare and Medicaid is a matter of life or death 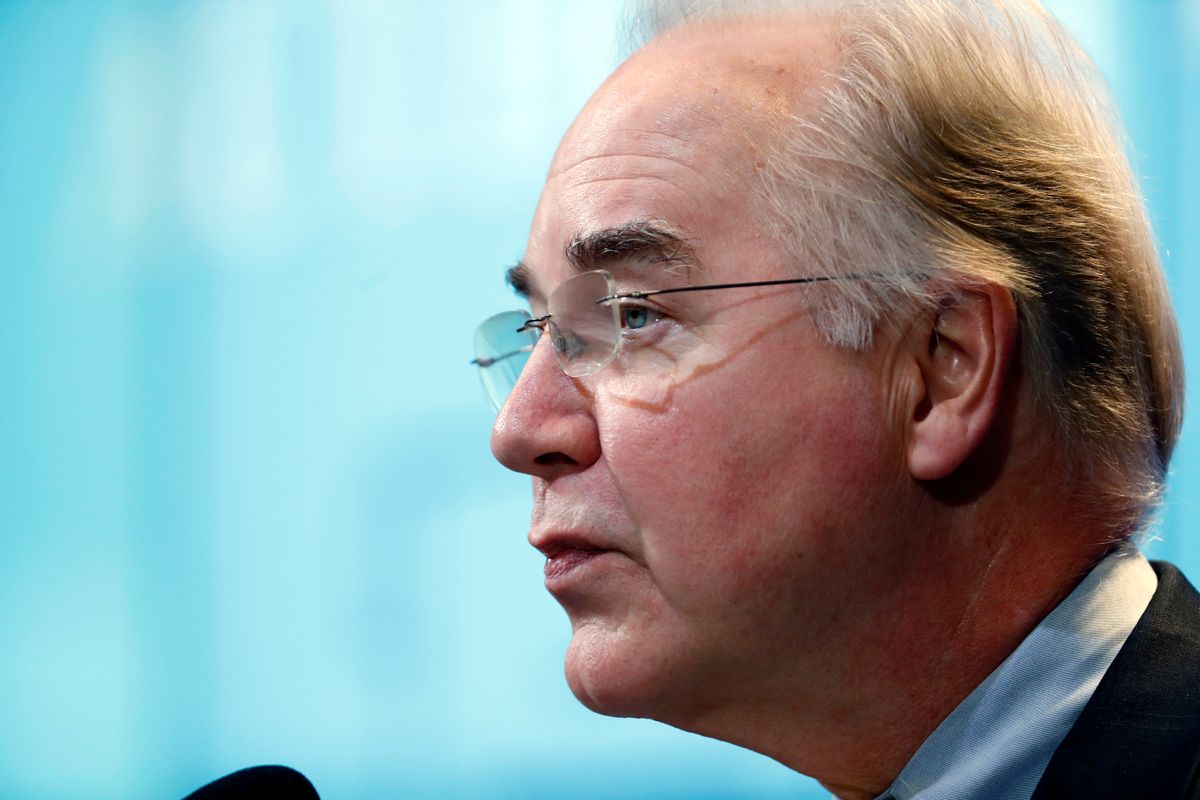 Not long ago, Americans learned that the average life expectancy for white people in this country — those most likely to have voted for Donald Trump — actually declined for the first time in many years. The pathologies and frustrations believed to have driven that decline may have motivated the tiny handful of votes that gave Trump his Electoral College victory.

But not long after their euphoria over his inauguration fades, they are going to learn why his administration is so likely to drive those statistics in the wrong direction. Despite his promises to protect Social Security and Medicare — and his vow to replace the Affordable Care Act with "something much better" — Trump's cabinet appointees and his allies in Congress plan ruinous changes to those programs. And that will mean ruin, and in thousands of cases death, for the mostly white and working-class people who depend so heavily on them.

Unless the Republicans come up with a plausible bill to replace Obamacare — a challenge that has eluded them since 2009 — millions of their constituents will lose the health insurance they have only recently gained, and yes, thousands of those people will die next year.

Back when President Obama's health reform plan first passed, Republicans and their media echoes warned loudly about mythical "death panels" embedded in his legislation. The voters who believed that nonsense are about to meet the real death panels, led by House Speaker Paul Ryan, Senate Majority Leader Mitch McConnell and Rep. Tom Price, the Georgia Republican slated to head the Department of Health and Human Services.

This is not hyperbole: Before the advent of Obamacare, tens of thousands of uninsured Americans died every year because they didn't receive timely care. Ten years ago, one reputable study estimated that as many as 137,000 Americans had perished prematurely due to lack of health coverage between 2005 and 2010, or more than twice as many as died in the Vietnam War. The Institute of Medicine has estimated that uninsured adults are 25 percent more likely to die prematurely than those with coverage, with uninsured adults between 55 and 64 years old faring even worse. For them, being uninsured is the third most significant cause of death, behind only heart disease and cancer.

Those estimates don't include the victims of insurance company profiteering who will die if the repeal of Obamacare undoes its protection of patients suffering from "previously existing conditions." Exposed to the tender mercies of corporate actuaries, thousands of them will lose their coverage, watch their families driven to destitution, and many of them will die, too.

That isn't supposed to be what happens under President Trump, who declared in many interviews and debates his determination to provide better and cheaper health insurance "for everybody, let it be for everybody." But by appointing a far-right ideologue like Price to run health policy, Trump effectively violated that promise before even taking his oath of office. Working with Ryan and the Republican majority in both houses of Congress, Price means to destroy Obamacare, slash Medicare and decimate Medicaid.

The truth about the current incarnation of the Republican Party, which voters ought to have learned long ago, is that its attitudes toward working Americans of all descriptions range from careless to merciless. If not every Republican shares the "let 'em die" position on health care screamed by a GOP debate audience in 2012, all too many believe that government has no role in ensuring that every American is insured — even though that would save money as well as lives. However ridiculous Trump's promises may seem, his pledge to protect Americans who depend on Obamacare, Medicare and Medicaid is a matter of life or death. Unless he changes course now, we may see a lot of red caps at funerals for people who lost their insurance and died much too soon.