Surging economy: The U.S. grew 3.5 percent over the last quarter

The 3.5 percent growth rate was the fastest pace in two years 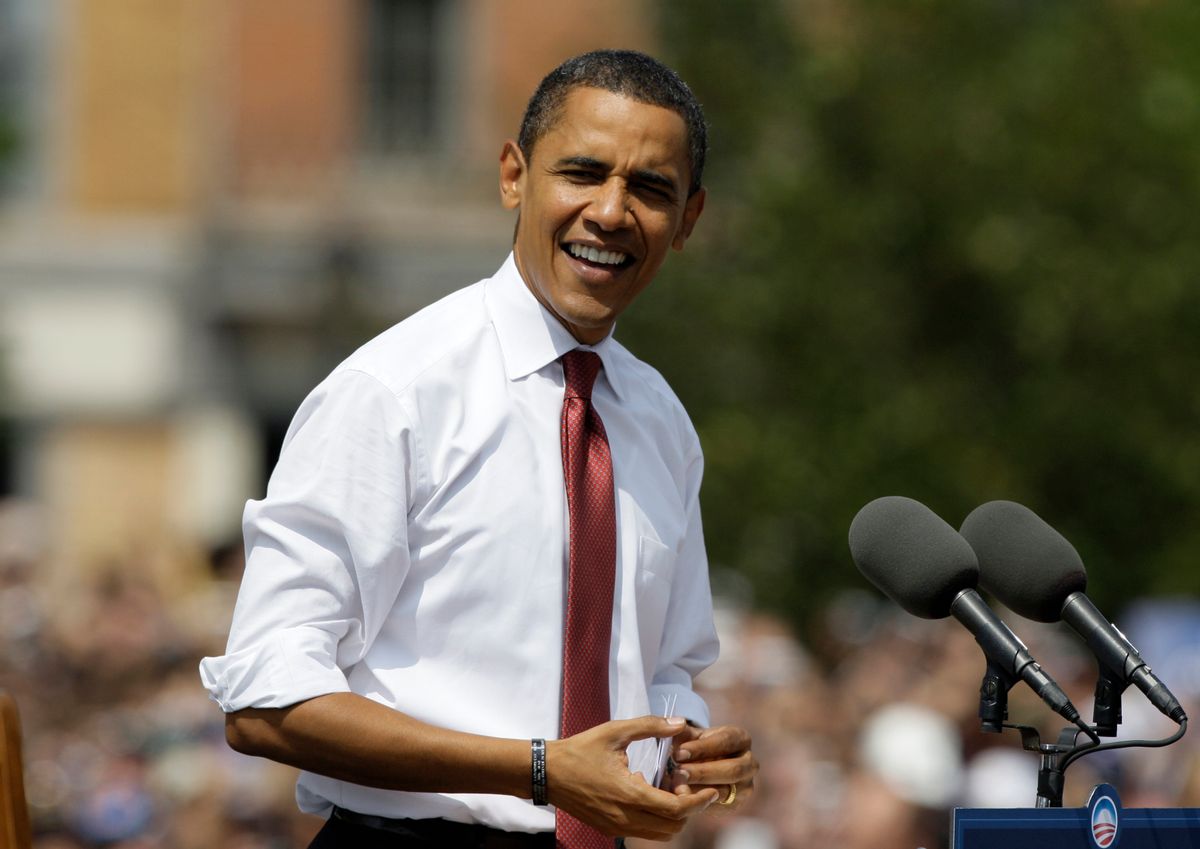 FILE - In this Aug. 23, 2008, file photo, then-Democratic presidential candidate Sen. Barack Obama D-Ill., appears at a campaign stop in Springfield, Ill. He was a first-term senator-turned-president. A former law professor with little experience in economics or management. When he walked into the White House he had one, clear job: Piece together the shards of a shattered U.S. economy. It wasn’t smooth and it wasn’t fast, but Obama ultimately succeeded. Obama will leave behind an economy far stronger than the one he inherited by most measures. (AP Photo/M. Spencer Green, File) (AP)
--

WASHINGTON — The U.S. economy grew at a 3.5 percent annual rate in the July-September quarter, the fastest pace in two years and more than the government had previously estimated. But the growth spurt isn't expected to last.

The Commerce Department says the gain in the gross domestic product, the economy's total output of goods and services, came from added strength in consumer spending, business investment and the government sector. The government had previously estimated last quarter's annual growth rate at 3.2 percent.

The third quarter increase was a sharp acceleration from tepid annual growth of 0.8 percent in the first quarter and 1.4 percent in the second. Growth is expected to slow to roughly a 1.5 percent rate in the current quarter, reflecting in part less consumer spending and business stockpiling.