In response to widespread criticism, A&E changes the title of its documentary series to better reflect its intent 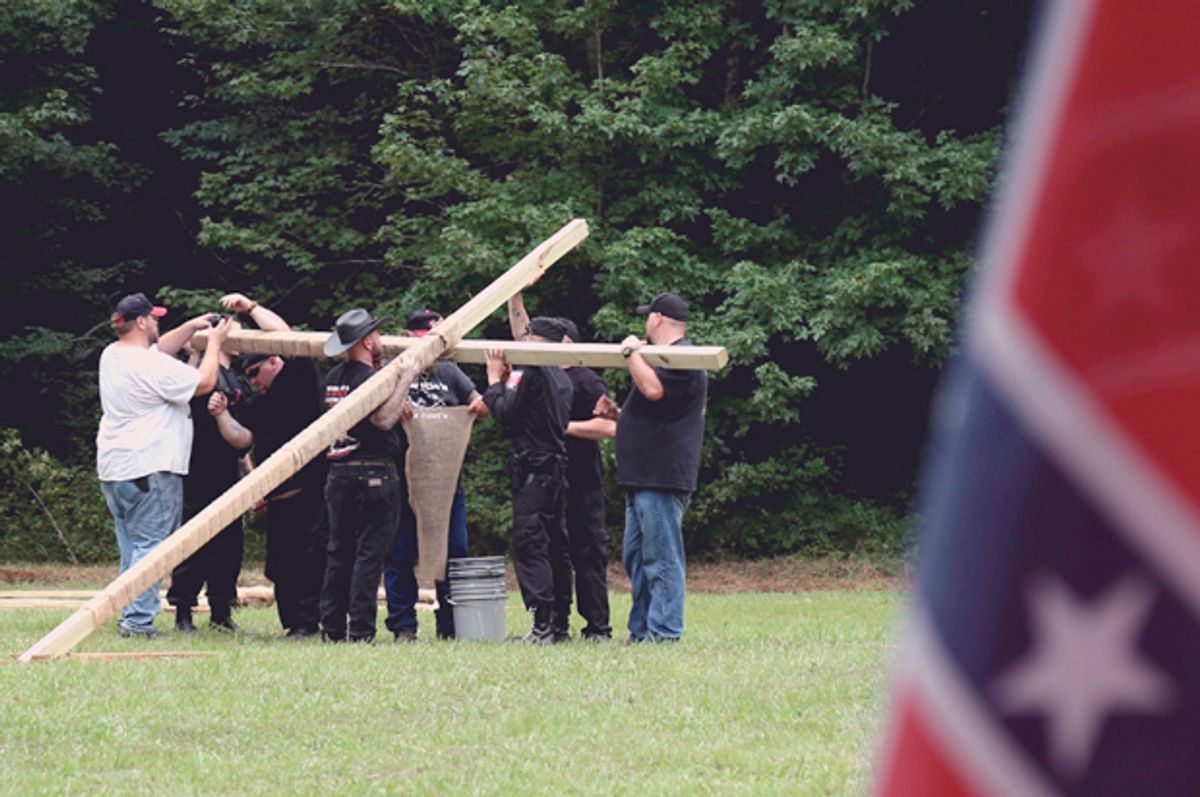 What’s in a name? When it’s announcing a series about the Ku Klux Klan, plenty.

On Friday A&E announced a title change for its planned documentary series “Generation KKK,” which has provoked a media firestorm weeks before its premiere. It is now called “Escaping the KKK: A Documentary Series Exposing Hate in America” which, according to a network press release, “better reflects our longstanding intention and the content itself.”

As noted in previous coverage of the series, the intended mission of the eight-part “Escaping the KKK” is one of anti-racist activism, focusing in part on mothers and children of Klan families who want to extricate themselves from the organization.

“Escaping the KKK” also traces the activities of three anti-racist activists, Daryle Lamont Jenkins, Arno Michaelis and Bryon Widner, whose work leads them to confront the patriarchs of these families in an effort to persuade them to leave the Klan or prevent their children from being indoctrinated into joining.

In addition to changing its title, A&E has also partnered with African American civil rights organization Color of Change, building on its previous partnership with the nation’s largest Jewish civil rights organization, the Anti-Defamation League. As part of this new partnership, “Escaping the KKK” will now feature in-show content between segments, which will be provided by civil rights leaders, to grant context to the images within the each episode. A&E is also producing a town hall discussion “to facilitate deeper dialogue about ending hate in America,” according to the press release.

Additionally, Color of Change, the ADL and A&E are developing viewer guides and an educational curriculum to accompany the series.

The show’s initial announcement earlier this week led to passionate criticism on Twitter, including from actors Ellen Pompeo, Jesse Williams and Wendell Pierce.

An A&E representative confirmed to Salon that as of now there are no plans to edit the existing episodes, which feature Steven Howard, the imperial wizard of the North Mississippi White Knights and former Iraq vet turned Klansman Chris Buckley, as well as a teenager, Cody Hutt, who is being courted by a neighbor who is a Klansman. However, he did not rule out possible edits in the future, noting that discussions about the series are ongoing.

Another motivation behind A&E’s title change is to clarify that “Escaping the KKK” is a serious documentary series, created with the same gravitas as the channel’s recent addition “Leah Remini: Scientology and the Aftermath.”

“We are glad to have some of the country’s leading civil rights organizations, including the ADL, Color of Change and others as partners in this effort, and look forward to working together to impact hate in America,” said Rob Sharenow, executive vice president and general manager of A&E and Lifetime, in the press release, later adding, “[The] goal is to expose and combat racism and hatred in all its forms and we appreciate the valuable feedback we have received.”

“Escaping the KKK: A Documentary Series Exposing Hate in America” is currently scheduled to premiere on A&E at 10 p.m. on Tuesday, January 10.