Trump's victory was the result of decades of right-wing hate rhetoric, curdling into a totally negative worldview 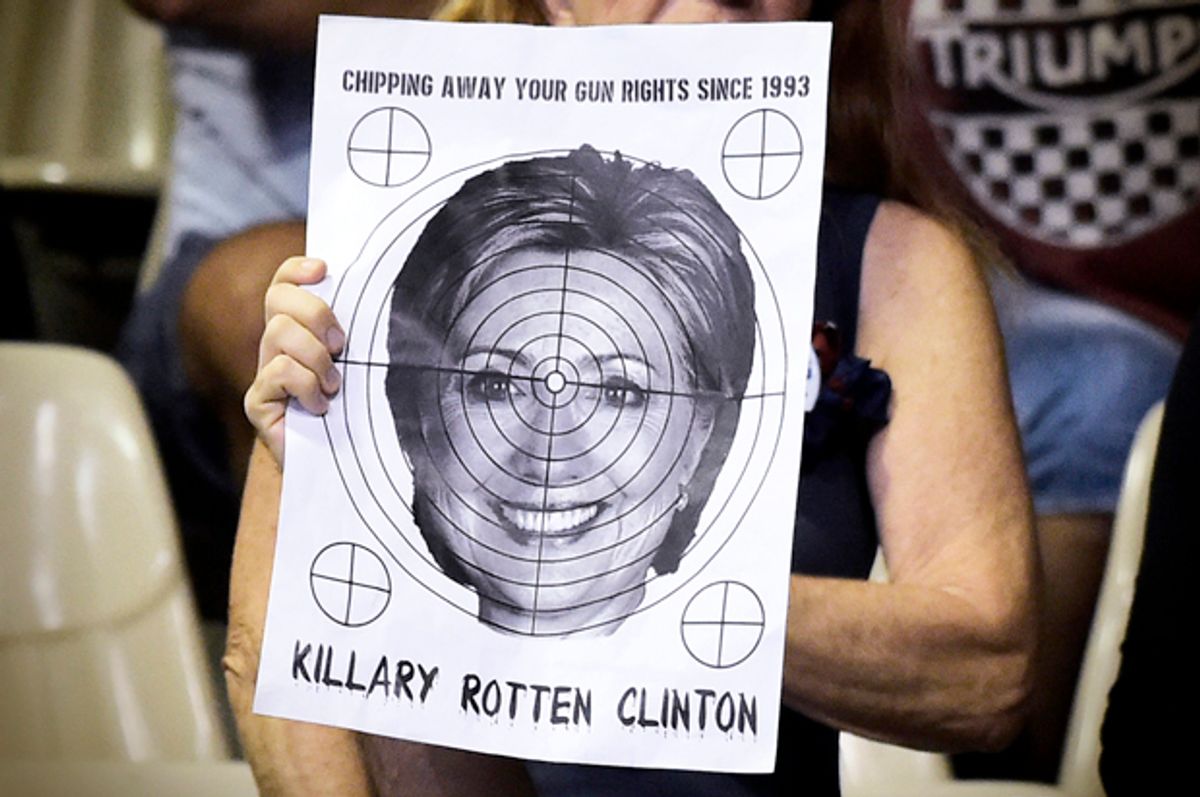 The horror show that was the 2016 election will be examined and reexamined for years, and depending on how bad things get, quite likely decades to come. There were, of course, a lot of factors: Cultural change, economic change, racism, liberal complacency after Barack Obama, the FBI manipulating the election, the Russian government manipulating the election, hatred of feminism and so on.

But it's also important to notice that Donald Trump's election is the culmination of decades of right-wing media teaching its audience that liberals are subhuman scum, and that hating liberals — whatever their stereotype of a "liberal" looks like — is far more important that minor concerns like preventing war or economic destruction.

Friday morning, the phrase "preparing for Trump" started trending on Twitter. It appears to have started with liberals tweeting out an article by Peter Dreier laying out a 10-step process to resist Trump's attempts to turn our government into a kleptocracy at best, and a fascist state at worst. But of course the meme was soon taken over by right-wingers eager to exclaim how excited they were about the Trump presidency.

But what's fascinating is how few of them, had anything positive to say about Trump and his coming presidency, despite their apparent love of the Great Orange Grimace. On the contrary, the contributions of Trump supporters on the thread were almost exclusively negative: They are gleefully certain that he will rain destruction on the heads of the hated liberals.

Trump's fans on Twitter don't seem to think that he'll improve the economy or foreign relations or anything at all, really. In fact, they seem wholly opposed to the concept of improvement. Their worship of the man lies with their belief that he's an agent of destruction, who will hurt people they have been trained by the likes of Rush Limbaugh and Sean Hannity to believe are evil.

This notion that liberals don't have real jobs offers a good example of how long this kind of rhetoric has been circulating. Anecdotally, I can say that I've been accused by right wingers of not having a job for my entire career, very often in response to pieces I wrote as part of my paid employment. The fact that the article they're complaining about disproves the very premise of their argument doesn't really register. The idea that liberals — especially women and people of color — are all a bunch of lazy people on the dole (which the United States doesn't even have, in any meaningful sense) isn't about facts or reality. It's just a stereotype that's widely adopted to dehumanize liberals.

That, I suspect, goes a long way towards explaining the paradox that confounds so many liberal journalists and pundits: How can lower-income white people who rely heavily on the social safety net, especially in places like Appalachia, keep on voting for candidates whose avowed aim is to take it away? As Sarah Kliff at Vox discovered during her recent exploration of Kentucky, it's because many of these voters believe that when politicians like Trump talk about ending government benefits, they don't actually mean their government benefits. Repeatedly, Kliff spoke to voters who dismissed the idea that Trump would end Obamacare, which they relied on, despite his loud and frequent promises to do just that.

“I guess I thought that, you know, he would not do this, he would not take health insurance away knowing it would affect so many people's lives,” one woman told Kliff.

When someone else — someone perceived as liberal — uses government assistance, it's "welfare," a sure sign that person is lazy and just needs to get off their butt and go find a job. But when conservatives need government programs, then they're just hard-working people who need a little lift. That's the perverse logic wrought by decades of dehumanizing rhetoric towards "liberals."

Under the circumstances, it's understandable that many people are arguing that we need more empathy and communication across partisan lines in this country. And clearly we do! The problem is that such efforts are almost always one-sided: Liberals are instructed to reach out to conservatives and practice empathy for them, as evidenced by the series of preachy articles published in the wake of the election, urging urban liberals to get out of their supposed bubbles and talk to conservatives in the heartland.

The irony in all this is that the reason pundits ask this of liberals and not conservatives is because they know liberals are likely to listen. Everyone understands, on some level, that asking conservatives to reach out to liberals will be met with a bunch of guffaws, a profane invitation to perform anatomically difficult feats and more stereotypes about how liberals are a bunch of useless welfare sucks.

While liberals certainly say nasty things about conservatives, the level of dehumanization that goes the other way simply isn't there. After Obama was elected in 2008, liberals didn't spend all their time on social media gushing about the pain he was likely to inflict on conservatives. Liberals don't paint conservatives as a bunch of lazy good-for-nothings, or suggest that we literally eliminate them from society. They're far more likely to share articles about how to make nice over Christmas dinner — a duty that appears to fall solely on the shoulders of left-leaning family members — than they are to dismiss half the country as subhuman monsters.

Perhaps the most surprising thing about Trump's election is that we're surprised at all. Conservatism has, over the decades, curdled into an ideology of hatefulness and destruction, with no real interest in building up much beyond the bank accounts of the already wealthy. One can read a billion think-pieces about Trump's divergence from traditional conservatism, but the reality is that "traditional" conservatism doesn't exist anymore, outside a few enclaves of (ha ha) coastal elites. Conservatism as practiced by most Republicans is an ideology built on one single principle: Pissing off the liberals. And no one excels at that more than Donald Trump.