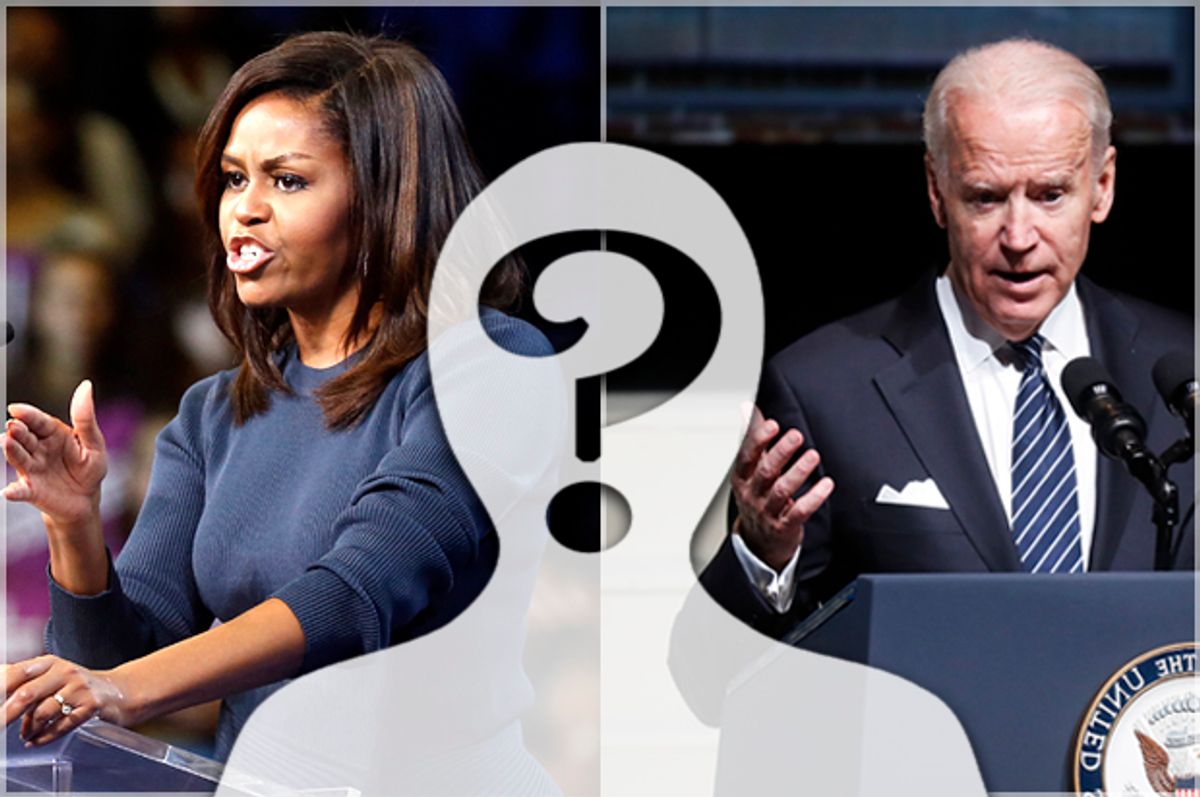 If there is one lesson that Democrats and independents seem to have taken away from the 2016 presidential election, it's that they want a completely fresh start in 2020.

A whopping 66 percent of Democrats and independents selected "someone entirely new" when that option was included on the list of potential 2020 presidential candidates, according to a USA TODAY/Suffolk University Poll released on Wednesday. Only 9 percent believed that a newbie should stay out of the race, giving a 57 percent positive score for that hypothetical candidate.

Despite winning the popular vote by a final estimated total of nearly 3 million, the people were not nearly as enthusiastic about the prospect of another Hillary Clinton candidacy. Only 23 percent of respondents wanted to see her run again, while 62 percent preferred that she refrain from doing so. This is a net negative score of 39 percent for the former secretary of state.

Sen. Bernie Sanders of Vermont did better, although perhaps not as much so as some Berniacs might like. 44 percent wanted him to run and 38 percent did not, giving him a positive score of 6 percent total.

Sanders was slightly surpassed by another stalwart progressive, Sen. Elizabeth Warren of Massachusetts. 34 percent of respondents said they want her to run for president compared to 27 percent who don't want her to run, giving her a positive score of 7 percent.

The biggest winner of all, though, was First Lady Michelle Obama. Along with Biden and the hypothetical "someone entirely new," she was the only prospective candidate whose net positive score hit the double digits, with 61 percent wanting her to run and 32 percent not wanting her to run. This gives her a positive score of 29 percent, despite her repeated assertions that she will not seek the presidency.