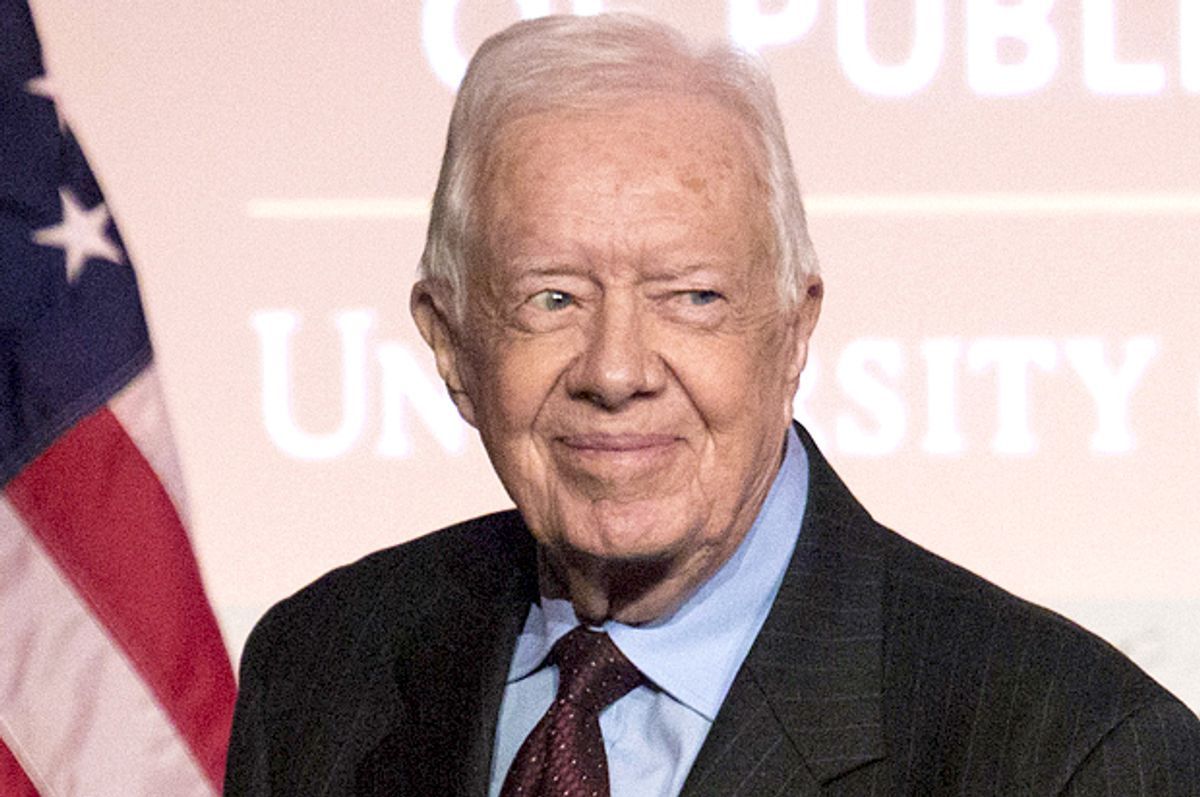 As of today, Jimmy Carter is the only former president to RSVP his attendance of President-elect Donald Trump's inauguration.

The 39th President of the United States announced his decision to attend Trump's inauguration during his weekly Sunday school class in Georgia, Politico reports.

It was also reported that George H. W. Bush will skip the inauguration due to the 92-year-old former president's advanced age. His son, former president George W. Bush, has postponed announcing whether or not he will attend until the new year. Given Trump's frequent ridicule of Bush's brother Jeb, who ran against Trump in the Republican primaries, it is understandable why he might hesitate to celebrate Trump's victory.

Similarly, a source close to the Clintons told Politico that they had not yet decided whether to attend due to lingering ill will over Trump's disrespectful treatment of Hillary Clinton during the 2016 presidential election. While some individuals close to the Clintons are urging them to attend as an homage to the concept of a peaceful transition of power, others say the former president is leaning toward not attending and citing the fact that the invitation was only addressed to him (with Hillary listed as his guest) as his reason for declining.

Nevertheless, if Trump's Friday morning tweet is to be believed, the president-elect is irked by both the former presidents and numerous celebrities who seem to be snubbing him.

If anything, it is actually a surprise that Carter is willing to go, given his own criticisms of Trump.

"I think the country has been reawakened the last two or three years to the fact that we haven’t resolved the race issue adequately," Carter said to The New York Times in May, adding that Trump's campaign had "tapped a waiting reservoir there of inherent racism."

He also condemned Trump's characterization of Mexican immigrants as criminals and call for banning Muslim immigration. "When you single out any particular group of people for secondary citizenship status, that’s a violation of basic human rights," Carter said.