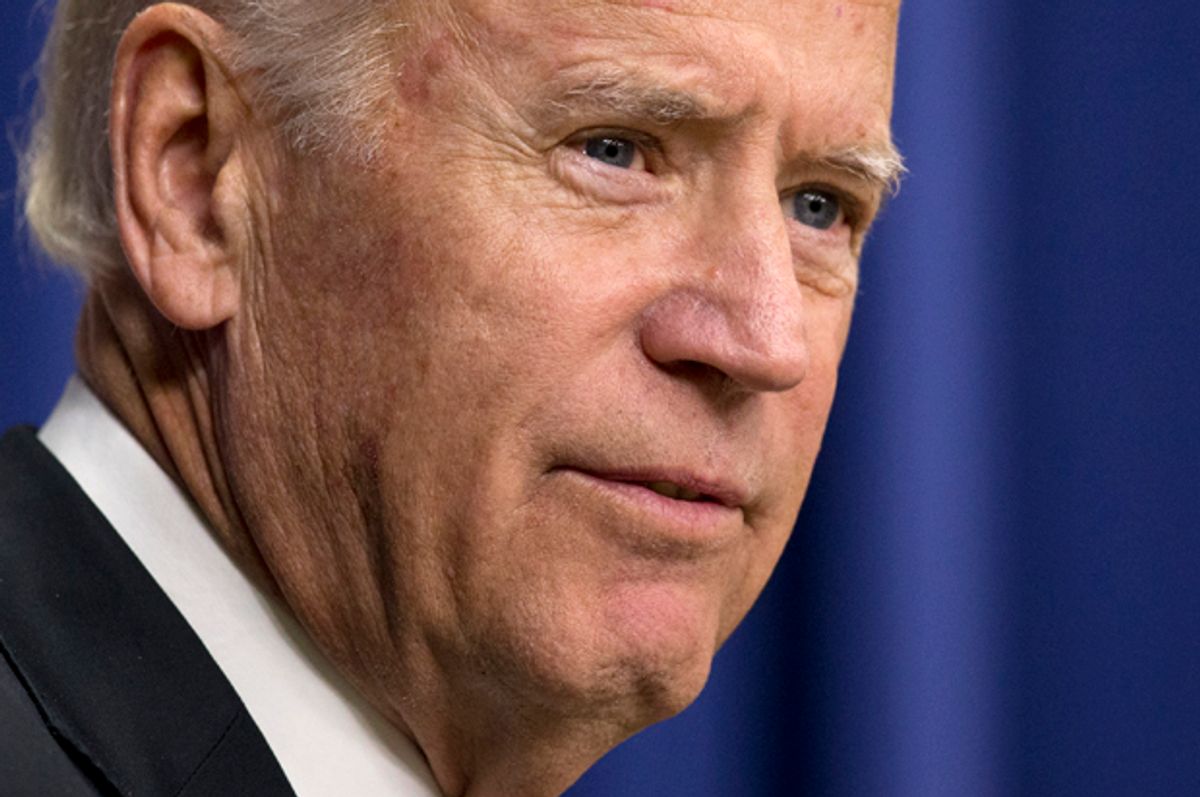 In his most recent interview, Vice President Joe Biden had plenty of insights to share about Hillary Clinton and the future of the Democratic Party.

"I don't think she ever really figured it out," Biden said to the Los Angeles Times on Thursday when discussing Clinton's campaign. "And by the way, I think it was really hard for her to decide to run."

In Biden's opinion, Clinton felt compelled to run for president because it would be a historic achievement for American women.

"She thought she had no choice but to run," Biden said. "That, as the first woman who had an opportunity to win the presidency, I think it was a real burden on her."
Like his boss President Obama, Biden believes a large part of the blame for Clinton's defeat rests with the party not making it clear that it cared about the concerns of ordinary Americans.
"I believe that we were not letting an awful lot of people — high school-educated, mostly Caucasian, but also people of color — know that we understood their problems," Biden said. He also warned against "a bit of elitism that's crept in" to the party he has served on the national level for 44 years.
"What are the arguments we're hearing? 'Well, we've got to be more progressive.' I'm not saying we should be less progressive," Biden said. "We should be proud of where the hell we are, and not yield an inch."
He added, though, that "you can't eat equality."
Biden's decision not to run for president in 2016 — which he announced in October 2015 — may have been one of the most consequential choices of the election, as he was widely perceived as the strongest possible challenger to Clinton. Although he told Connecticut NBC affiliate WVIT in January that "I regret it every day" that he chose not to run, he added at the time that it was the best decision for his family.He reiterated this observation during an appearance with Stephen Colbert earlier this month.
"I know I made the right decision for my family," Biden said. "I know I made the right decision. I’m not sure I would have been able to put my whole heart into it."