Seth Meyers gets us up to speed on the latest teen slang, just in time for the holiday season 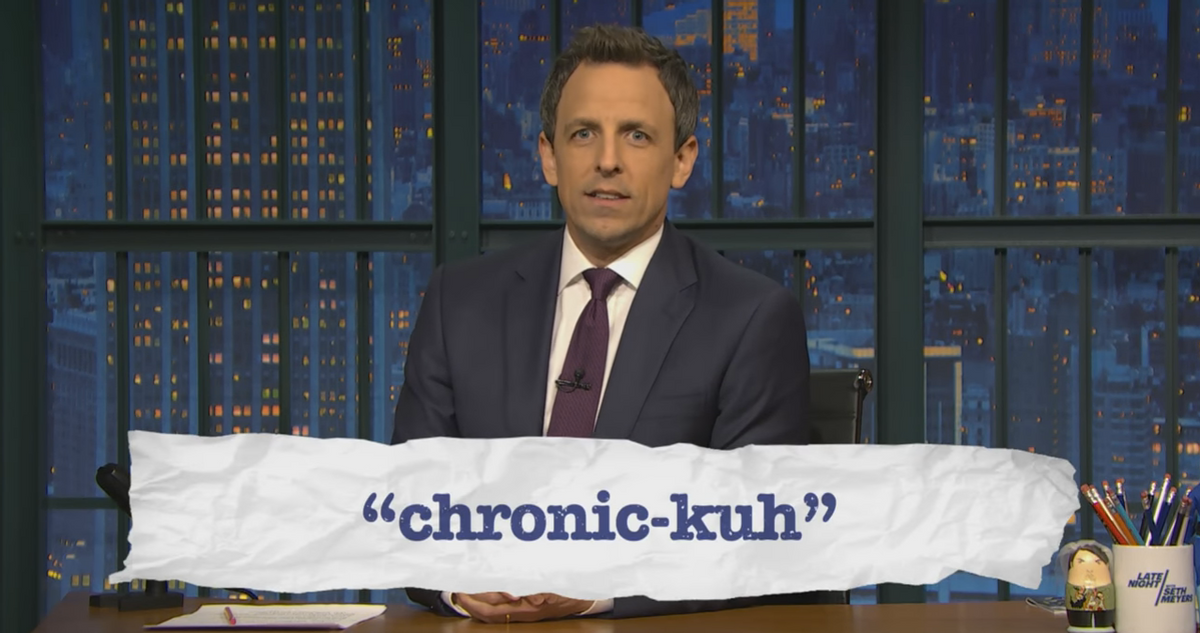 The holiday season signals the time of year when unprepared adults come into close proximity with teenagers.

Fear not this year, though, because "Late Night" host Seth Meyers gave a primer Thursday night on all the words grownups should catch up on so that they can better communicate with their nieces  and nephews.

Words like "chronic-kuh," which apparently means: "(noun) when your supply of marijuana miraculously lasts for 8 whole days."

Meyers even provided the word in a sentence to give it context: "Thought I'd blow through my weed the first day at my parents' place but that chronic-kuh was lit for the entire week. #L'Highem"

Another word Meyers helped break down was "Joseph." Sure, the word frequently appears in the Bible to refer to Mary's human partner, but kids these days have apparently appropriated the name as a pejorative for young, naive lovers.

The word "Joseph" now days means: " (noun) the last one to find out that his girlfriend is cheating on him."

Meyers again offered it in a sentence: "Tyler's a total Joseph. He still thinks Stacy is his girlfriend even though she is fully pregnant with Dave's baby."

Watch Seth explain the words you're going to need to know this holiday season below: