Our basket of deplorables: The 10 film villains we loved to hate in 2016 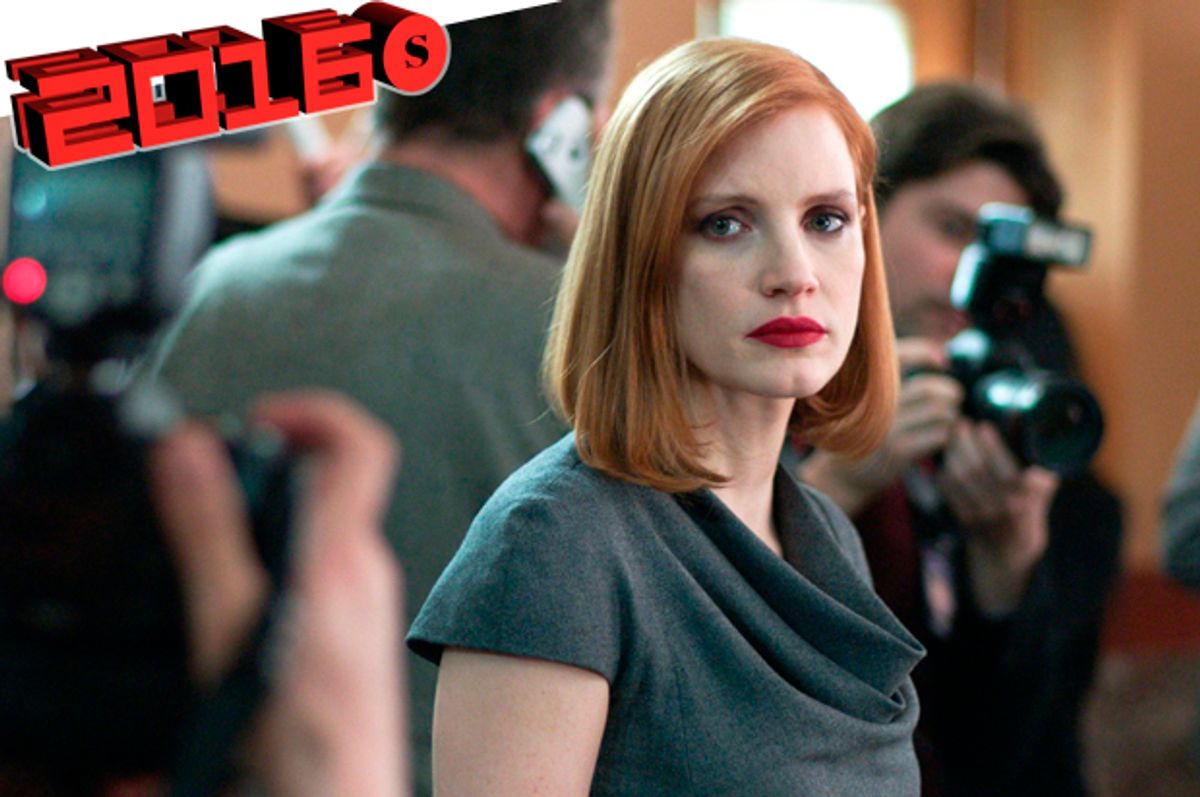 2016 may have seen the release of “The Purge: Election Year,” but as one wag on Twitter put it, the poster child for 2016 is Ramsay Bolton (Iwan Rheon) from “Game of Thrones.” Yes, films this year had their fair share of alt-right villains, perhaps anticipating the direction America is moving. Here are 10 films featuring the nastiest bad guys to appear on screen in this, the year of Trump.

1. Trump may have promised to build a wall on the Mexican border, but really, he just needs to hire Sam (Jeffrey Dean Morgan) from the film “Desierto” to protect the border. This badass with a Confederate flag on his truck, a shotgun in his hand, and his dog at his side lies in wait in the desert picking off groups of Mexicans who try crossing into the United States. Sam’s violent efforts are to protect and defend the country he loves against immigrants like Moises (Gael García Bernal), who is hoping to cross back in to the States to reunite with his family. Co-writer/director Jonas Cuarón tackles the timely issue of illegal immigration in this efficient, absorbing action film.

2. In “Denial,” David Irving (Timothy Spall) sues Deborah E. Lipstadt (Rachel Weisz) for defamation when she calls him a Holocaust denier. What is more, the court system in the UK puts the burden of proof on Lipstadt to show, incontrovertibly, that the Holocaust did happen. As the film depicts the case, Irving is the "victim," although most people would suggest he’s a bully who talks over the smarter woman who is “challenging” him. Because she doesn’t know what she’s talking about, right? And because he’s right, right? Does anyone else like that come to mind?

3. “Holy Hell” This eye-opening documentary about the Buddhafield cult shows how abusive its leader Michel (later renamed Andreas) behaves toward his devoted followers. As one member in the film says, “We gave away our critical thinking and moral code and surrendered it to him.” Which sounds like something that could be said of anyone who voted for Trump. Michel/Andreas established rules that had his cult members abstain from sex (except with him), sever ties with friends and relatives, and even have plastic surgery. He required pregnant women to have abortions as a form of birth control. Trump may not go that far, but Michel/Andreas’ despicable behavior seems eerily prescient.

4. "Tickled" In this fascinating, disturbing documentary, gay pop culture editor David Farrier (who co-directed with Dylan Reeve) investigates “Jane O’Brien Media,” a website for “competitive endurance tickling,” after the site sends him a homophobic response as well as a legal notice following his query to the owner. That the person behind Jane O’Brien Media quickly slaps the filmmaker with a lawsuit is de rigueur in this age of Trump. Farrier uncovers how screwed up some of the guys are after participating in “competitive endurance tickling” — they are brutally harassed and their lives are in some ways destroyed. Moreover, he shows how a monied cyber-bully with a series of career failures gains control over young men who are looking for jobs that promise fast/easy money.

5. “Miss Sloane” Washington lobbyists, represented by Elizabeth Sloane (Jessica Chastain), are a crafty bunch. They will do almost anything to get what they want to shape and influence public policy. As Miss Sloane observes, “Lobbying is about foresight and anticipating your opponent’s move and devising countermeasures. The winner plots one step ahead of the opposition. . . It’s about making sure you surprise them, and they don’t surprise you.” When she is asked to represent the gun lobby, Miss Sloane leaves her cushy job to work for the opposing side. While she is not above exploiting everyone she knows for a cause she believes in, Miss Sloane maintains, “She never cheats. She exposes cheaters.” Miss Sloane eventually finds herself under investigation for bribery and corruption, but of course she has an ace (let’s not call it a trump card) up her sleeve. In the course of her testimony, Miss Sloane exposes the real chicanery and hypocrisy of the political system, fingering a greedy congressman and his coconspirator for abusing their power, being corrupt and waging a smear campaign against her.

6. “Hell or High Water” Several Texas Midland Banks are robbed over the course of this satisfying film because two brothers, Tanner (Ben Foster) and Toby (Chris Pine), are hoping to save their family’s ranch from foreclosure. Their plan, which involves “washing” the stolen money at a casino, is to pay back the bank with its own money, and use the same bank to manage the trust. The reason for their crime is to get revenge on the greedy bankers who wanted to drive the brothers’ now dead mother off her property and seize the land on the cheap. “Hell or High Water” is squarely on the side of the underdog, which is why it is such a crowd-pleaser. Even a waitress (Katy Mixon) refuses to give a Texas Ranger (Jeff Bridges) her $200 tip as evidence because she is going to use that money to try to keep her own home.

7. “High Rise” Life is rough at the top in this chaotic, hypnotic and darkly funny adaptation of J. G. Ballard’s novel about class and social struggles. Set in a bleak (but advertised as modern and charming) tower block, the building’s lower-floor residents, led by Richard Wilder (Luke Evans) start an uprising to challenge the status quo of the building’s designer, Anthony Royal (Jeremy Irons), who lives in the penthouse with a horse in his garden. As orgies take place on the top floor, other residents fight for use of the pool, or for food when resources becomes scarce and technology breaks down. Ballard was a Thatcher-ite, which may explain his jaundiced perspective. But viewers can only dream the film’s themes of destruction play out at Trump Tower.

8. “Eye in the Sky" Tackling the thorny issue of drone warfare and collateral damage, this British thriller has Colonel Katherine Powell (Helen Mirren) arguing to bomb terrorist suspects in Kenya, as she wants to target a terrorist cell that includes a radicalized Englishwoman (Lex King). However, she gets pushback, especially when an innocent young Kenyan girl’s life is put at risk if the attack is made. As bureaucrats debate the morality of the situation, and whether such action is bad publicity, “Eye in the Sky” presents a manipulative lesson for thinking through military maneuvers, working with international powers, and having a genuine regard for human life. It also advocates for passing the buck as a series of darkly funny exchanges indicate that no one is hot-headed or unpredictable enough to make the fateful decision the hawkish Powell is so strongly advocating.

9. “Weiner” This documentary about the second rise — and second fall — of Anthony Weiner shows how this bossy New York politician is his own worst enemy. Talk about hubris! The film chronicles Weiner on the campaign trail in a bid for mayor of New York in 2013. But even though his bad behavior includes sexting young women (though there is no mention of pussy-grabbing), he still thinks he can (or will) earn the support of his voters. (Well, that strategy did seem to work for Trump.) Weiner comes across as likable at first, but as his relationship with his long-suffering wife (and Hillary confidant) Huma becomes strained, his true colors are exposed. What’s worse, Weiner truly screwed the pooch and became the quintessential villain of 2016 when his laptop prompted FBI Director James Comey to release his letter in October. And we all know how that ended.

10. The controversy around Nate Parker aside, the images of slave abuse in his incendiary “Birth of a Nation” still resonate and disturb. The unspeakable (and for some, unwatchable) moments of cruelty include white men knocking out a slave’s teeth and force-feeding him, raping Cherry (Aja Naomi King), and whipping Nat Turner (Parker). The film depicts the slave rebellion that resulted from the prolonged torture. May the film’s message spark an uprising against the new wave of brutish autocrats.