Suffering from Trumpsomnia? “Now I feel like a madman has taken over”

Since the primaries, and the November election, political anxiety is keeping people up 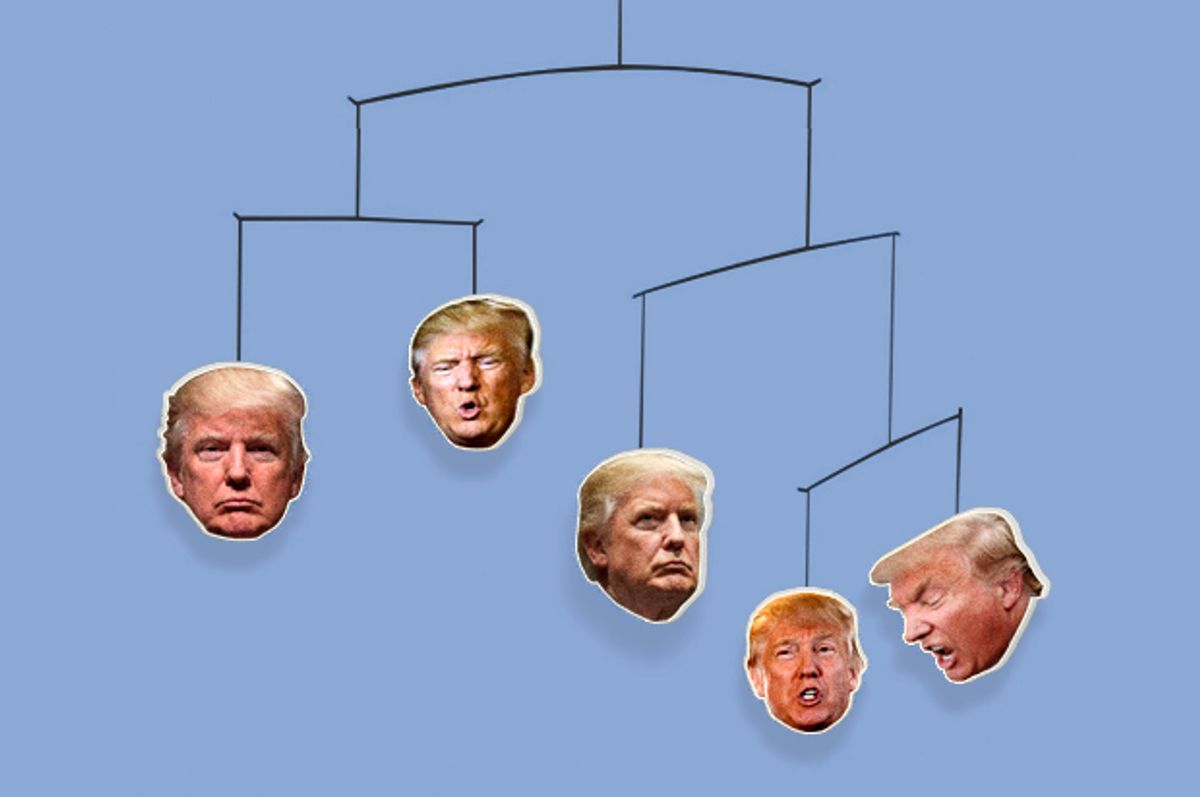 When the Brooklyn-based singer-songwriter Rose Thomas Bannister turned on the news on the evening of Nov. 8, she saw something she’d aways feared could happen. But seeing the bad dream become reality hit her hard.

“I just felt like a switch had flipped,” says Bannister. “I could feel it in my brain.” Raised in a right-wing Pentecostal community in Nebraska, she knew all too well what theocrats and macho bullies were capable of, but she thought she had escaped the worst of it when she fled her home state. Now, with the election of Donald Trump and Mike Pence, the old demons had caught up with her.

“I know what the religious right has in store for women,” she says. “I’ve experienced it. The people who can understand and resist [Trump] are women who have experienced abuse,” she says. “That’s why he seems so familiar to us, and why he makes our skin crawl and our guts churn.”

And election night did something else to her: She stopped sleeping. Now, months later, she’s struggling with only two or three nights of sleep a week. And she was so upset she ended up with bronchitis.

Across the country, the Los Angeles-based music publicist Cary Baker felt a similar kick in the head that night. “I’ve always slept better knowing that an adult was in charge of the asylum,” says Baker, who has worked over the years with artists like R.E.M., Lloyd Cole, Stew, and Otis Taylor and runs a company called Conqueroo. “Now I feel like a madman has taken over.” He detests the president-elect’s belligerence, his immaturity, his kooky cabinet picks, his arrogant rejection of intelligence briefings.

The sleep problems that had gotten bad around the Republican National Convention and Trump’s nomination now became even more intense. Some nights he didn’t sleep at all.

After one night of what he calls “eight hours of tossing and turning,” he went on Facebook and posted, without explanation, a single word: “Trumpsomnia.” His friends understood and began to share their own stories.

“One of the classic signs of anxiety is that you can’t sleep,” says Art Markman, a clinical psychologist and professor at the University of Texas at Austin, who’s hearing about Trumpsomnia often these days. Sometimes people can’t fall asleep; other times, they sleep for a few hours and then wake up like a shot and can’t go back down no matter how hard they try. “The thing that causes the anxiety is rumination,” Markman says. “Your conscious loop won’t shut down. And because there’s no external stimulation, it keeps going.”

Specialists in mental and physical health have long known how debilitating to just about every human function lack of sleep can be. Shakespeare wrote eloquently — and chillingly — about pre-Trump insomnia in "Macbeth." Arianna Huffington recently wrote a book about the importance of healthy sleep. But the attention doesn’t mean that the problem goes away.

Missi Kibelbek, a massage therapist in Baltimore’s groovy Hampden neighborhood, has been hearing something similar since early fall. “My female clients would come in and tell me how they’re so anxious and not sleeping,” she says. “And I couldn’t comfort them with words because I felt the same way. And now since the election, my female clients said they just feel a general malaise. They’re not sleeping well. They’re super fragile. Tears and rage are just under the surface for many of us.”

Trumpsomnia sufferers have had luck, to varying degrees, with traditional and latter-day remedies. Baker practices yoga, is into alternative medicine, and finds that a dropper of indica — the mellow strain of marijuana — can sometime work wonders. (At least, that is, until the new president's tanks roll in and destroy the Golden State's legal marijuana industry.) Bannister finds that writing and avoiding news on the Internet helps, and looks forward to getting back to swimming. Echo Park musician Azalia Snail recommends “Mary Tyler Moore” reruns and a purring cat.

But nothing puts them or keeps them asleep all the time. “Nothing really works,” Baker says. “Impeachment would work.”

Much of the progress by Trumpsomniacs is temporary. “So one night you can sleep,” says Markman, who has conducted sleeplessness experiments. “And then the next day, [Trump] announces his cabinet picks. So even if you had come to terms with things, you’re wound up again.” And going on social media can both get sufferers’ hopes up — maybe he'll get impeached! — and rub their noses in bad news or the glee spread by fans of the president-elect.

And some of the concerns of Trumpsomniacs have not gone away as we’ve learned more about his team. “I’m afraid Donald Trump will get us into a nuclear war,” said Bannister. "I’m afraid of the damage he’ll do with his recklessness.”

One of the ironies here is that several of those suffering from Trumpsomnia describe the election as “a bad dream.” But it’s one they don’t seem to be able to wake up from. “I've done the calculations, of 365 days over four years,” Baker says. “It’s a little over 1,400 days. Can I survive 1,400 sleepless nights? I’ll be older, and a lot more haggard.”