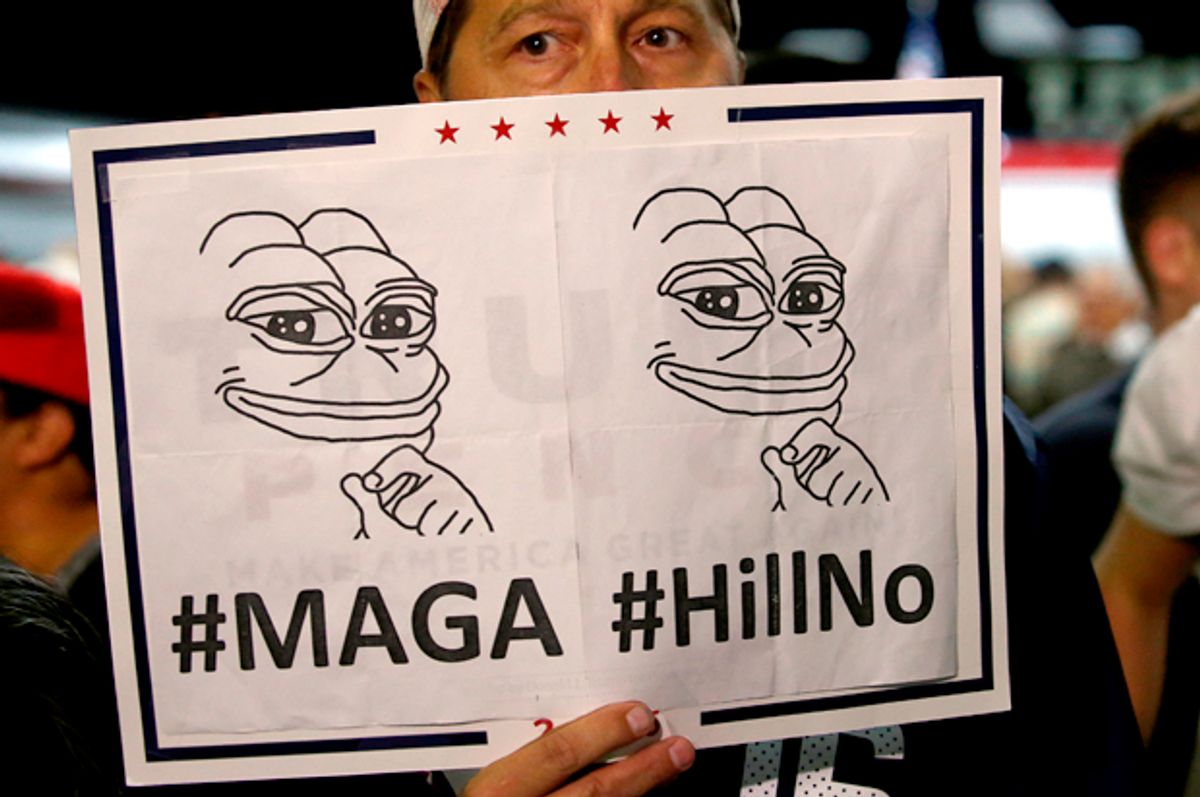 Leaders of the white nationalist movement known as the alt right are rumbling early discontent at the prospect of President-elect Donald Trump not doing their bidding.

“In January Trump will start governing and will have to make compromises," said Holocaust denier and Taki magazine writer David Cole in an interview with The Guardian on Tuesday. "Even small ones will trigger squabbles between the ‘alt-right.’ ‘Trump betrayed us.’ ‘No, you’re betraying us for saying Trump betrayed us.’ And so on. The alt-right’s appearance of influence will diminish more and more as they start to fight amongst themselves."

Jared Taylor, the creator of so-called "race-realist" magazine American Renaissance, denounced Trump for rolling back one of his core campaign pledges on immigration.

"At first he promised to send back every illegal immigrant," Taylor said to The Guardian. "Now he is waffling on that."

Mark Weber, who runs the anti-Semitic website the Institute for Historical Review, criticized his fellow alt right members for ever thinking that they could achieve meaningful ideological clout in a Trump administration.

"Their hearts are bigger than their brains," said Mark Weber to The Guardian. "Saying they want to be the intellectual head of the Trump presidency is delusional."

Meanwhile Peter Briemlow, who founded the xenophobic website Vdare.com, said Trump's failure to deliver on white nationalist goals would result in a backlash against him.

"I think the right of the right is absolutely prepared to revolt," Brimelow said to The Guardian. "It’s what they do."

In November, Trump formally denounced the alt right during a meeting at the headquarters of The New York Times.