Believe it or not, there are Jews who want to join the alt right

White pride is always racist, but some Jews aren't getting the message 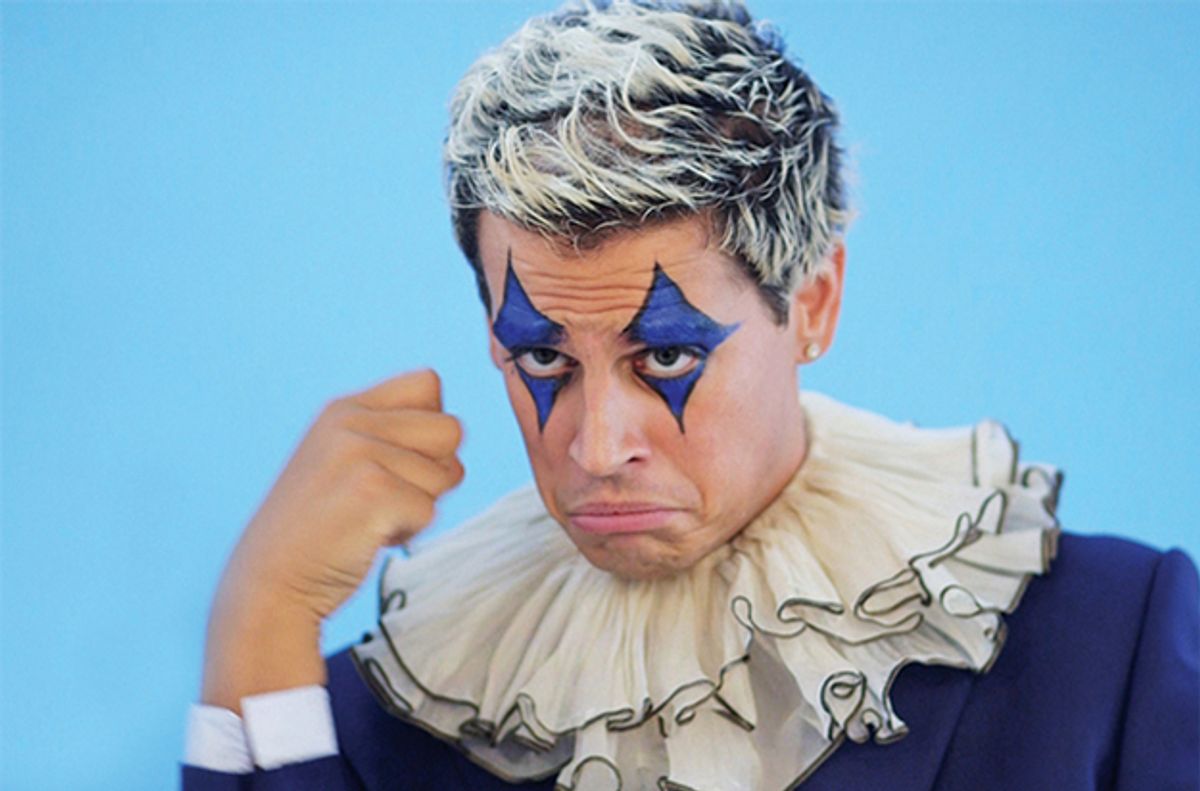 Even though the alt-right is a white nationalist movement that has made no secret of its disdain for Jews, that hasn't stopped some Jewish conservatives from trying to ingratiate themselves into the movement.

A new website and podcast called "The Jewish Alternative" has been launched with the goal of convincing Jews that the alt right's anti-Muslim, anti-immigrant, anti-minority, and anti-multiculturalism agenda will somehow benefit their interests.

Joshua Seidel, one of the site's founders, told The Daily Beast that the horror at alt-right leader Richard Spencer leading seig heil chants on behalf of Donald Trump was a "tremendous media overreaction to five people giving a sieg heil salute."

The Jewish Alternative's manifesto expresses a similar denialist sentiment toward the presence of anti-Semitism in the alt right and pro-Trump movements.

"Trump, as I have said before, has lived in NYC for decades, surrounded by Jewish people," Seidel says in his manifesto. "There has never been an accusation of antisemitism against him. This fact didn’t seem to matter, though, as the same Jewish journalists and commentators who criticized him before began using his anti-Semitic support as an excuse for more criticism."

Seidel has been preaching the gospel of the alt right since before Trump was elected. In an August editorial for The Forward, a Jewish publication, he argued that "I enjoy the nasty talk in the alt-right. I enjoy spending rhetorical time with people who might otherwise hate me. The alt-right has energy, it has vitality, it’s something NEW and creative, it’s honest and forthright. It’s also the only viable political movement that is explicitly fighting for that nebulous concept of 'Western Civilization.'"

In addition to Seidel, the most prominent Jew associated with the alt-right is Breitbart columnist Milo Yiannopoulos, claims Jewish ancestry. The Daily Stormer denounced Yiannopoulos as "the single greatest threat our movement has at this time" and vowed a "Holy Crusade" against him due to his Jewish background.

There was also an internal feud within the alt-right earlier this week involving Jewish participation in the movement. It broke out when a prominent Twitter account associated with the movement, Baked Alaska, was removed from an alt-right group gathering known as the "Deploraball" for his long history of anti-Semitic tweets.

Baked Alaska is not a member of the Deploraball committee and will not be attending the event. We wish him well.

I can confirm that MILO will now be attending the Deploraball!

Sad to see the Trump supporters that are so cucked they won't call themselves "alt-right" after being in the movement forever. Cowards!

OH MY GOD now Baked Alaska is saying to Cerno "I'M not not going to the event, YOU aren't." pic.twitter.com/d90osWljX7

Finally, the alt-right has become particularly notorious for encouraging harassment of the Jewish community in Whitefish, Montana, due to protests from local political activists against a business owned by Sherry Spencer, the mother of Richard Spencer. It was recently announced that many of them would participate in an armed neo-Nazi march through Whitefish, which has drawn bipartisan condemnation from prominent Montana politicians including Gov. Steve Bullock (a Democrat), Sen. Jon Tester (another Democrat), and Rep. Ryan Zinke (a Republican and President-elect Donald Trump's choice for interior secretary, as well as the congressman representing Whitefish).

The social justice activists have pointed out that Sherry Spencer is not an innocent party -- her home address is used as the headquarters for Richard Spencer's racist National Policy Institute.

In short, despite Seidel's belief that Jews could join the alt right, the alt right's attitude toward people of Hebraic ancestry seems to have been best captured by Spencer's comment to The Daily Beast when asked if Jews are white. His response?