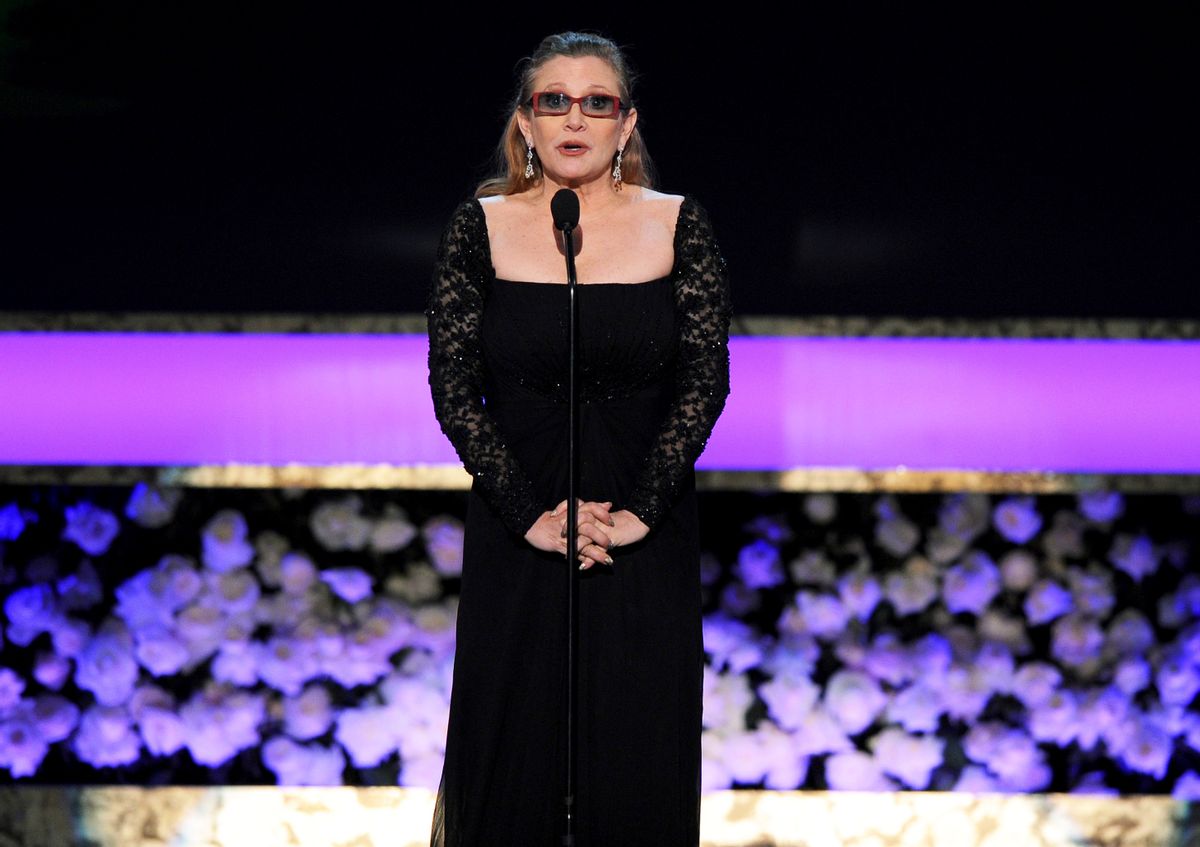 FILE - In this Sunday, Jan. 25, 2015 file photo, Carrie Fisher presents the life achievement award on stage at the 21st annual Screen Actors Guild Awards at the Shrine Auditorium in Los Angeles. On Tuesday, Dec. 27, 2016, a publicist said Fisher has died at the age of 60. (Photo by Vince Bucci/Invision/AP, File) (Vince Bucci/invision/ap)
--

LOS ANGELES — Actress Carrie Fisher, who found enduring fame as Princess Leia in the original "Star Wars," has died. She was 60.

Fisher's daughter, Billie Lourd, released a statement through her spokesman saying Fisher died Tuesday just before 9 a.m PST. Lourd said her mother was "loved by the word and she will be missed profoundly."

Fisher had been hospitalized since Friday when she suffered a medical emergency on board a flight to Los Angeles.

She made her feature film debut opposite Warren Beatty in the 1975 hit "Shampoo" and was also an accomplished author who detailed her experiences with addiction and mental illness in several best-selling books. Besides her daughter, Fisher is survived by her brother, Todd Fisher, and her mother, actress Debbie Reynolds.