The president-elect may have overstated his charitable giving 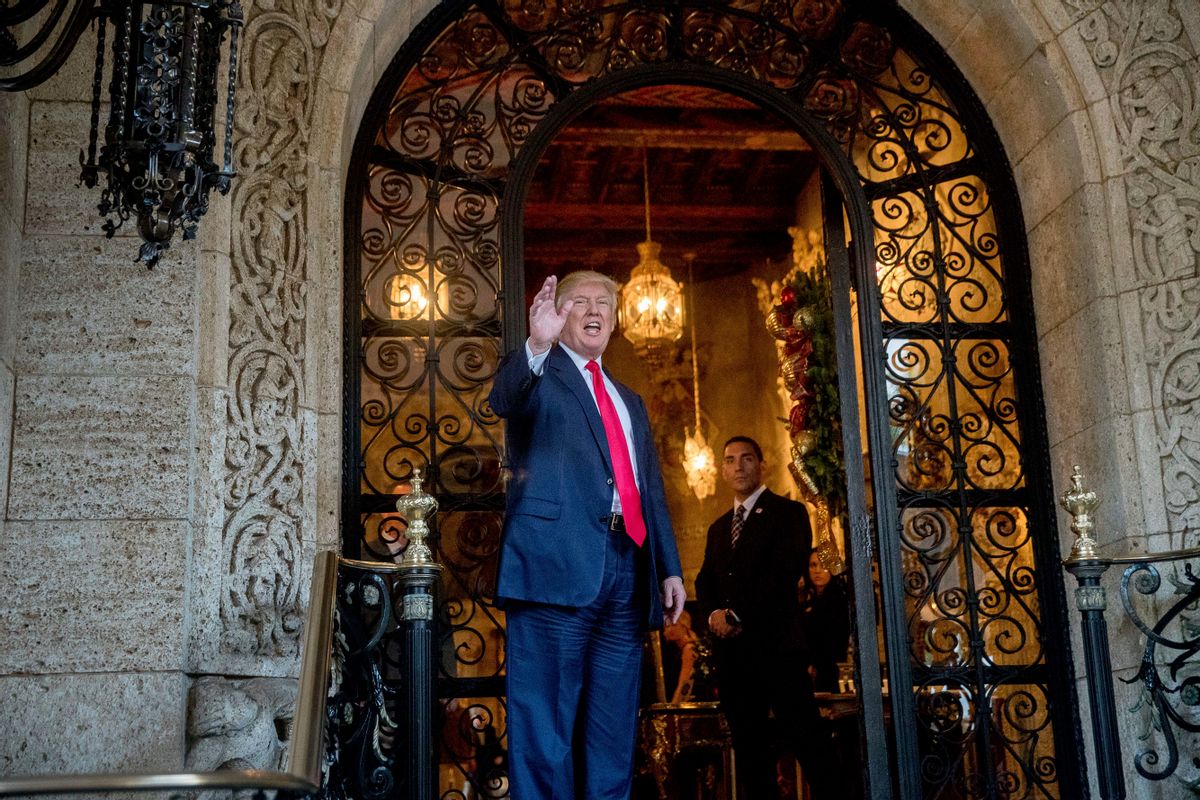 President-elect Donald Trump waves to members of the media after a meeting with admirals and generals from the Pentagon at Mar-a-Lago, in Palm Beach, Fla., Wednesday, Dec. 21, 2016. (AP Photo/Andrew Harnik) (AP)
--

No matter what he says in his Twitter feed, President-elect Donald Trump has been told by the New York Attorney General's office that he cannot close down his charitable foundation while it's still under investigation.

"The Trump Foundation is still under investigation by this office and cannot legally dissolve until that investigation is complete," said Amy Spitalnick, the press secretary for New York Attorney General Eric Schneiderman, in a statement to ABC News on Monday. "The Foundation's fundraising activities remain suspended following the AG's notice of violation earlier this year."

Trump spokeswoman Hope Hicks reiterated the president-elect's initial position in an email to ABC News:  "As the statement says, 'Mr. Trump has directed his counsel to take the necessary steps to effectuate the dissolution.'"

Naturally, the president-elect attempted to spin the story in a more favorable direction for himself through a tweet on Monday night.

I gave millions of dollars to DJT Foundation, raised or recieved millions more, ALL of which is given to charity, and media won't report!

While Trump did indeed give $2.7 million to his foundation between 2001 and 2008, he is not listed as having donated any money over the past eight years.

Trump's tweet doesn't mention the reasons for the controversy over his foundation. Attorney General Schneiderman had to order the foundation to stop dispersing funds earlier this year because it had not received the legal certification needed to solicit money. Similarly, the foundation is under investigation because of its alleged improper use of the charity's funds, including donating $25,000 to a campaign fundraising group for Florida Attorney General Pam Bondi. Trump had to pay a $2,500 fine to the IRS because charities are not allowed to give political donations.

The Trump Foundation was also revealed to have spent $258,000 settling lawsuits related to Trump's personal businesses, which may have violated tax laws against "self-dealing," according to a Washington Post report in September. His foundation also purchased a football helmet for him, as well as a $20,000 painting of Trump himself.

Finally, the president-elect's actions regarding the Trump Foundation and other conflicts of interest related to his businesses fall far short of what ethics experts say are required.

"Many ethics experts still say the only way Mr. Trump can eliminate his most serious conflicts is to liquidate his company, and then put the money into a blind trust — a move Mr. Trump has so far rejected as impractical and unreasonable," wrote The New York Times on Saturday.