Assange comes out with big praise for journalism in Russia, where critical journalists have been murdered 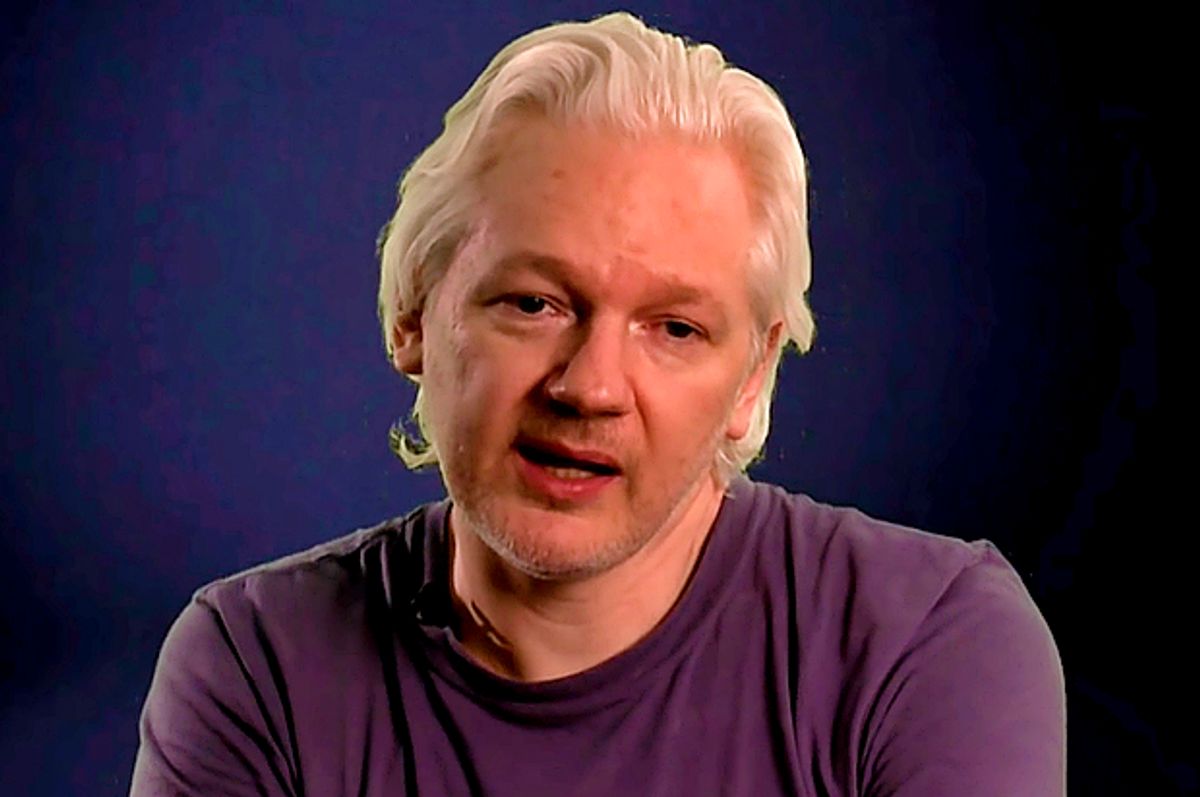 Julian Assange — who once argued that "since unjust systems, by their nature induce opponents, and in many places barely have the upper hand, mass leaking leaves them exquisitely vulnerable to those who seek to replace them with more open forms of government" — came out with high praise for both President-elect Donald Trump and Russian dictator Vladimir Putin in an interview with the Italian newspaper La Repubblica on Friday.

"Donald Trump is not a D.C. insider, he is part of the wealthy ruling elite of the United States, and he is gathering around him a spectrum of other rich people and several idiosyncratic personalities," Assange said. "They do not by themselves form an existing structure, so it is a weak structure which is displacing and destabilizing the pre-existing central power network within D.C. It is a new patronage structure which will evolve rapidly, but at the moment its looseness means there are opportunities for change in the United States: change for the worse and change for the better."

While Assange had the circumspection to at least somewhat hedge his praise for Trump, he became outright dishonest when it came time to discuss Putin's Russia.

"In Russia, there are many vibrant publications, online blogs, and Kremlin critics such as [Alexey] Navalny are part of that spectrum," Assange said. "There are also newspapers like Novaya Gazeta, in which different parts of society in Moscow are permitted to critique each other and it is tolerated, generally, because it isn't a big TV channel that might have a mass popular effect, its audience is educated people in Moscow. So my interpretation is that in Russia there are competitors to WikiLeaks, and no WikiLeaks staff speak Russian, so for a strong culture which has its own language, you have to be seen as a local player."

According to a 2016 report by the non-government organization (NGO) Freedom House, which studies democracy and human rights throughout the world, Russia has a very repressive track record when it comes to freedom of speech and the press.

"Although the constitution provides for freedom of speech, vague laws on extremism grant the authorities great discretion to crack down on any speech, organization, or activity that lacks official support," the report stated. "The government controls, directly or through state-owned companies and friendly business magnates, all of the national television networks and many radio and print outlets, as well as most of the media advertising market."

Since 2000, when Putin took power, at least 34 journalists have been murdered, according to PolitiFact. At that time, Freedom House ranked Russia 180 out of 199 countries in terms of press freedom, behind Iraq and Sudan.

The report also pointed out that, unlike what Assange said, there is "little transparency and accountability in the day-to-day workings of government."

Decisions are adopted behind closed doors by a small group of individuals — led by Putin — whose identities are not often clear, and announced to the population after the fact. Corruption in the government and business world is pervasive, and a growing lack of accountability enables bureaucrats to act with impunity. Many analysts have argued that the political system is essentially a kleptocracy, in which ruling elites plunder public wealth to enrich themselves.

Assange's connections to Russia have predated his leaking of Democratic National Committee emails that were allegedly garnered by Russian hacking. He has also sought Russian protection during his stay in the Ecuadorian Embassy in London, appeared on Russian state-owned television, and by his own admission convinced whistleblower Edward Snowden to seek asylum in Russia instead of Latin America.