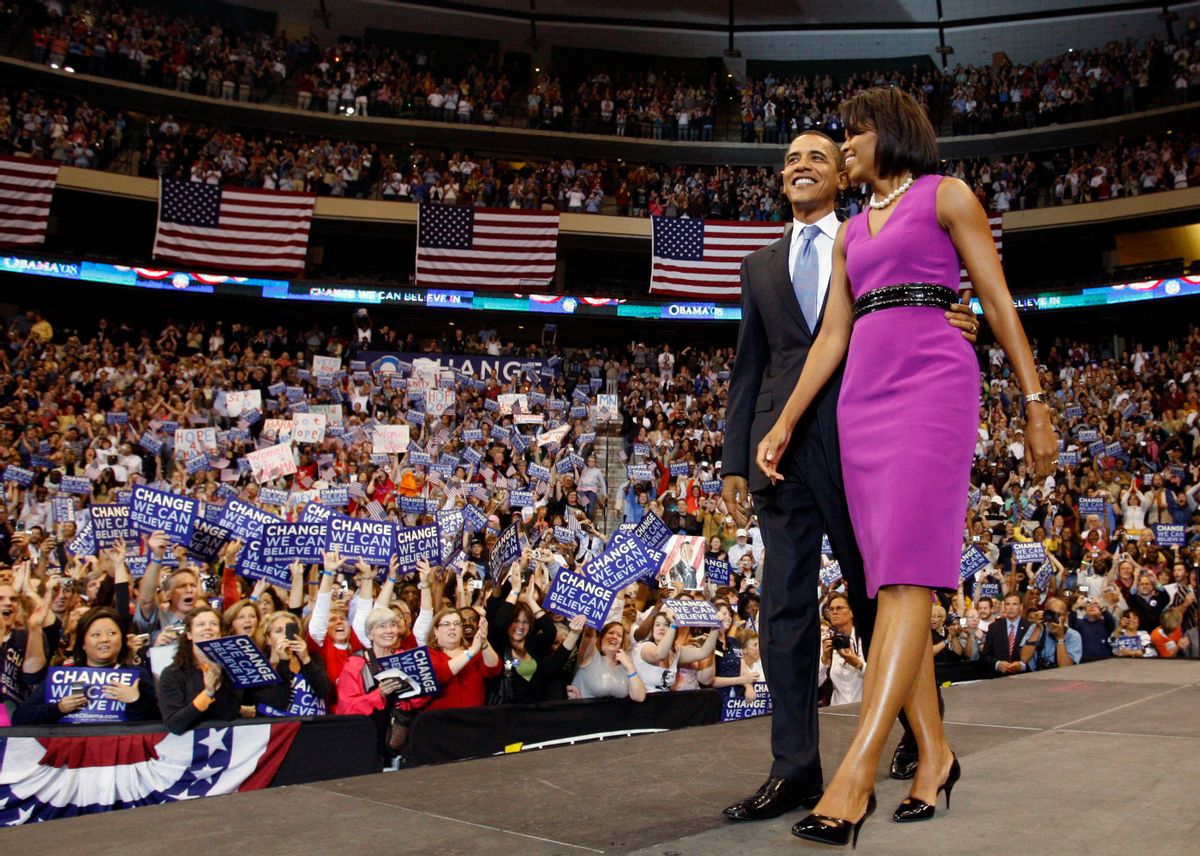 President-elect Donald Trump is tweeting his vehement disagreement with President Barack Obama's recent statement that he could have defeated the Republican nominee in 2016.

The president-elect is referring to a comment that Obama made to David Axelrod, his former campaign strategist and senior adviser, during a podcast released Monday night.

"You know, I am confident in this vision because I'm confident that if I — if I had run again and articulated it, I think I could've mobilized a majority of the American people to rally behind it," President Obama said. "I know that in conversations that I've had with people around the country, even some people who disagreed with me, they would say the vision, the direction that you point towards is the right one."

"If you think you're winning, then you have a tendency, just like in sports, maybe to play it safer," President Obama said. "And the economy has been improving. There is a sense, obviously, that some communities have been left behind from the recovery and people feeling anxious about that. But if she was looking at the campaign and saying, OK, I'm winning right now, and her economic agenda was in fact very progressive."

The president also made it clear that he felt Clinton had handled herself very well in an incredibly difficult situation.

"I think that Hillary Clinton performed wonderfully under really tough circumstances," President Obama said. "I've said this publicly, I'll repeat it. I think there was a double standard with her. For whatever reason, there's been a longstanding difficulty in her relationship with the press that meant her flaws were wildly amplified."

Obama also dismissed the notion that Democrats had abandoned white working class American as "nonsense."
"Look, the Affordable Care Act benefits a huge number of Trump voters. There are a lot of folks in places like West Virginia or Kentucky who didn't vote for Hillary, didn't vote for me, but are being helped by this," President Obama said. "The problem is, is that we're not there on the ground communicating not only the dry policy aspects of this, but that we care about these communities, that we're bleeding for these communities, that we understand why they're frustrated."