Taxpayer-funded capitalism: Here are the biggest corporate subsidy deals of 2016 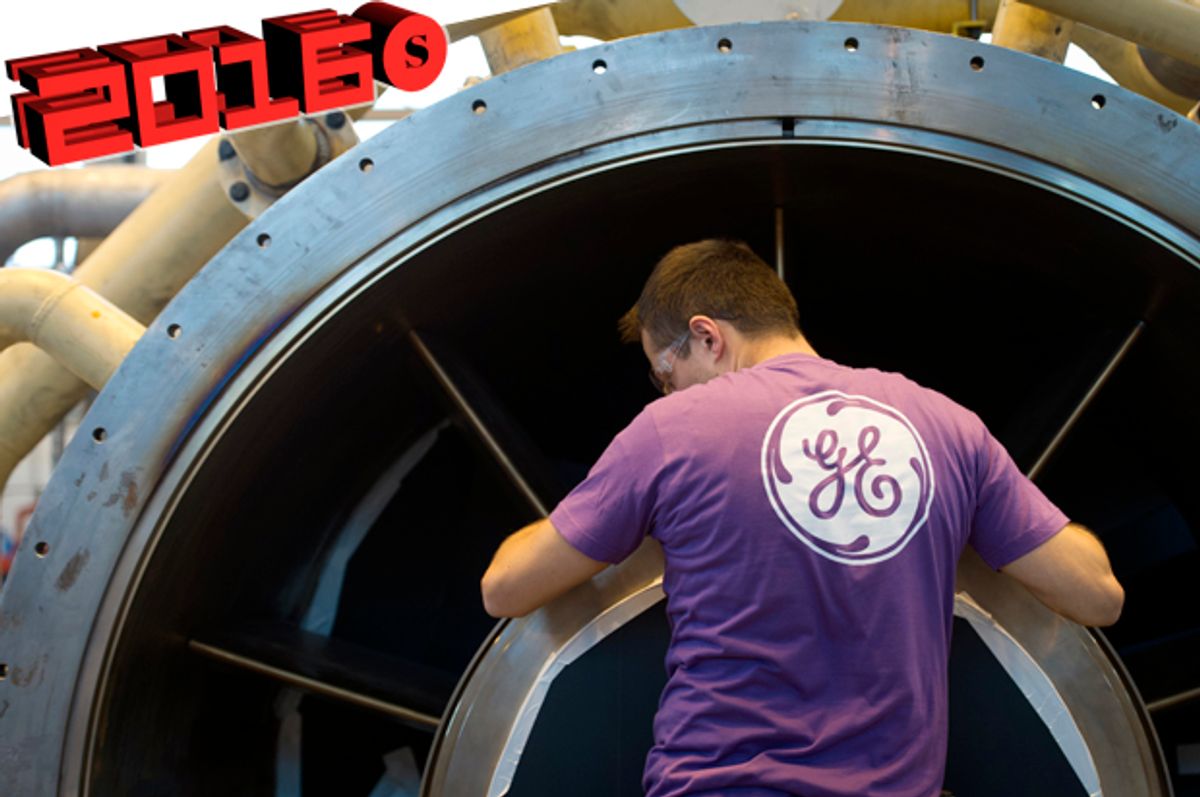 It seems a week doesn’t go by before a local or state government is trying to attract or retain a company by dangling incentives to lure business away from another local or state government trying to do the same. Perhaps this is just the reality of living in a country that in so many ways behaves like 50 little countries competing against each other.

For better or worse, these deal-sweeteners extended by governors, state legislators or local city councils leads to billions of dollars a year of taxpayer money going from public to private coffers. Defenders of the process argue this is money well spent on creating or retaining local jobs, fighting blight and economic stagnation and, ultimately, leading to a net plus return on the investments. Critics question if lofty promises of future revenue and job growth are always kept, and point to how this system encourages companies to aggressively pursue taxpayer-supported private projects.

In one of the last corporate incentive packages for the year, the city of Fresno, California, has offered Seattle online retail and cloud computing giant Amazon.com an incentive package worth up to $30 million to build a massive $200 million order-fulfillment warehouse at an area business park. The package of property- and sales-tax rebates comes on top of up to $15 million the city has spent preparing the site with water, sewer and other utilities, according to a local lawmaker who spoke recently to the Fresno Bee.

The Fresno deal is small compared to some of the largest incentive packages out there, but it adds up. According to Good Jobs First, an organization that tracks public subsidies of private enterprise, Amazon.com has accumulated $241.4 million worth of deals similar to the one offered by Fresno since the start of last year.

But that combined value doesn’t even put Amazon.com at the top of the list of the biggest single subsidy deals of 2016. Below is the list of top corporate subsidy deals offered by state and local governments for 2016. The list includes all known deals worth at least $50 million in public funds and excludes federal grants to private companies. It could be slightly revised if any late-year deals are announced and added to a database managed by Good Jobs First.

The real-estate developer owned by Under Armour CEO Kevin Plank won a $660 million deal from the Baltimore Development Corporation to upgrade Port Covington, a former rail yard that’s being turned into a 660-acre mixed-use site. When completed, this $5.5 billion “mini-city” will include two light rail stations and lots of residential and commercial properties. Under Armour plans also to construct a new 50-acre global corporate campus at the site. Plank had been quietly buying up properties at the site for years using a series of limited liability corporations. The subsidy for the project comes from so-called tax increment financing, or TIF, a common way for cities to refurbish blighted areas. TIFs have been criticized for contributing to gentrification by pricing out nearby residents as new money floods in. They have sometimes been used to benefit developers when they help fund projects that would have moved forward anyway. California passed legislation in the late 1990s to curb TIF abuses.

The Fort Mill, South Carolina-based subsidiary of the German automotive parts manufacturer Continental AG won a $596 million deal from the state of Mississippi to build a tire plant in Hinds County. The $1.45 billion factory will create 2,500 jobs, according to state lawmakers, or nearly $240,000 in taxpayer subsidies for each job. An Associated Press analysis of the deal suggests the project could lead to additional incentives worth more than $333 million. The package's worth comes from tax breaks on property, income and sales, among others. Furthermore, state income taxes collected from the employers would be transferred to the company. Some of the tax breaks have no expiration date. The state claims it will come out ahead by $220 million by 2040.

The media and entertainment giant, one of the world’s most profitable companies, received a $267 million gift from state taxpayers for a planned luxury hotel in Anaheim, California. It’s the city’s largest corporate tax break in history, according to the Los Angeles Times. The deal lets the company pocket 70 percent of the bed taxes (a common source of tax revenue for areas with robust tourist activity) collected from the hotel for 20 years. The project will be built on an area that’s currently a parking lot situated next to another Disney hotel. The Burbank, California, company had said it would not build the hotel without the subsidy, but it has numerous properties in the area, including a four-star Disneyland hotel, which accommodates the growing attendance numbers of its area attractions. Disney is also building “Star Wars Land” nearby, so critics have questioned whether Disney was bluffing the Anaheim City Council on its threat to pull the project.

The world’s largest defense contractor received a generous $220 million gift from Connecticut taxpayers to keep its Sikorsky Aircraft division in the city of Stratford. The offer from Gov. Dannel Malloy includes grants of up to $8.6 million a year for 14 years if the maker of U.S. Navy helicopters meets certain benchmarks, like increasing its number of employees and using in-state suppliers. The company agreed to spend $350 million procuring supplies locally. If it creates at least 100 jobs a year it can receive additional performance grants of up to $1.9 million a year for 20 years, according to the Harford Courant. Lockheed Martin also agreed to build 200 CH-53K King Stallion heavy-lift helicopters. Lockheed Martin employed about 8,000 people in the state as of August. Moving Sikorsky would have dealt a huge blow to that number. Lockheed Martin bought Sikorsky from its rival United Technologies for $9 billion last year.

The Chinese paper company received a $167.5 million subsidy for its first U.S.-based facility, a $1 billion pulp plant in Arkadelphia, in southern Arkansas. One of the largest private investments in the state’s history, it is expected by state officials to support 250 employees while sustaining about 1,000 indirect jobs in the timber industry, according to the Associated Press. A state official said the company had been considering Mississippi as an alternative location. The incentive package includes $92 million in property-tax abatement and $12.5 million from the state for on-site preparation and equipment. It will also receive $3 million from taxpayers to train the workers. The state will also speed up the process for approving environmental permits.

While Lockheed Martin received a generous incentive package to keep operations in Connecticut, General Electric accepted a $145 million deal from Massachusetts taxpayers to move its global headquarters 180 miles, from Fairfield, Connecticut, to Boston. Massachusetts Gov. Charlie Baker and Boston Mayor Martin J. Walsh said the deal would create 800 jobs and “cement the company as an anchor in the city's innovation industry,” according to the governor’s office. The deal includes $120 million in grants and infrastructure improvements and $25 million in property tax abatements. GE will also receive $1 million to train its workforce and has been promised improvements to public transportation in the vicinity of its new headquarters.

The Danish leading manufacturer of diabetes treatments won a $110 million package of incentives to build an insulin plant in Clayton, North Carolina. The $1.8 billion project will create the world’s second-largest maker of the diabetes drug and employ 700 workers, according to Raleigh's News & Observer. Most of the subsidy, $94 million, comes from tax rebates; the rest comes from a grant for job development. The area is part of a burgeoning pharmaceutical production hub that includes Spanish blood plasma manufacturer Grifols.

Like Lockheed Martin and General Electric, the world’s largest hotel chain received taxpayer money in 2016 based on the question of whether it would move its corporate headquarters. Bethesda, Maryland, will not lose Marriott after the state agrees to a $62 million package of subsidies to keep its headquarters in place. Instead of moving out of the city, the company will relocate its headquarters and its 3,500 employees five miles from its current location at a cost to taxpayers of $17,500 per employee, the Washington Post reports. In 1999, state and local officials offered Marriott $43 million and a deal to fast-track road improvements if the company promised to stay at its location and create 700 jobs.