Donald Trump: The UN is just a club for people to "have a good time" 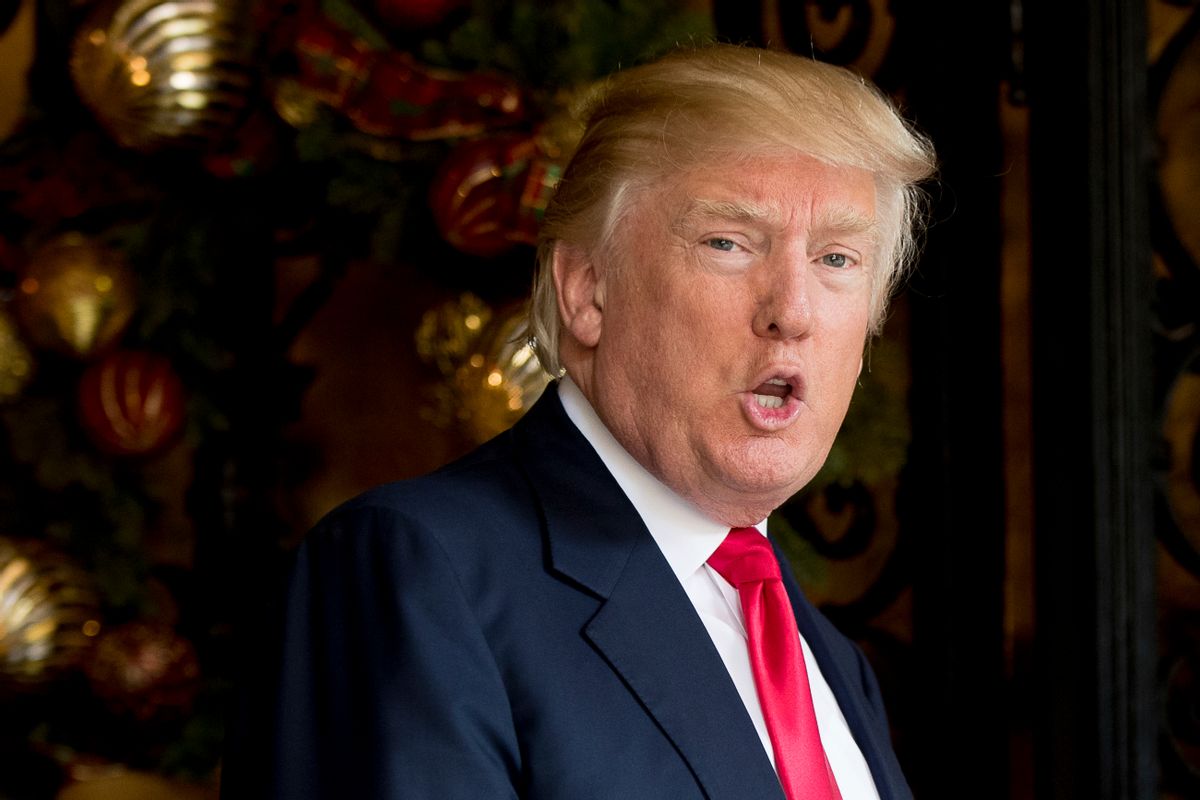 FILE- In this Dec. 21, 2016, file photo, President-elect Donald Trump speaks to members of the media at Mar-a-Lago, in Palm Beach, Fla. Trump is questioning the effectiveness of the United Nations, saying it's just a club for people to "have a good time." His post on Twitter Monday, Dec. 26, is the president-elect's latest comment since the U.N. Security Council voted Friday to condemn Israeli settlements in the West Bank and east Jerusalem. (AP Photo/Andrew Harnik, File) (AP)
--

WEST PALM BEACH, Fla. — Donald Trump is questioning its effectiveness of the United Nations, saying it's just a club for people to "have a good time," after the U.N. Security Council voted last week to condemn Israeli settlements in the West Bank and east Jerusalem,

The president-elect wrote Monday on Twitter that the U.N. has "such great potential," but it has become "just a club for people to get together, talk and have a good time. So sad!"

On Friday, Trump warned, "As to the U.N., things will be different after Jan. 20th," referring to the day he takes office.

The decision by the Obama administration to abstain from Friday's U.N. vote brushed aside Trump's demands that the U.S. exercise its veto and provided a climax to years of icy relations with Israel's leadership.

Trump told The Associated Press last December that he wanted to be "very neutral" on Israel-Palestinian issues. But his tone became decidedly more pro-Israel as the presidential campaign progressed. He has spoken disparagingly of Palestinians, saying they have been "taken over" by or are condoning militant groups.

Trump's tweet Monday about the U.N. ignores much of the work that goes on in the 193-member global organization.

This year the U.N. Security Council has approved over 70 legally binding resolutions, including new sanctions on North Korea and measures tackling conflicts and authorizing the U.N.'s far-flung peacekeeping operations around the world. The General Assembly has also approved dozens of resolutions on issues, like the role of diamonds in fueling conflicts; condemned human rights abuses in Iran and North Korea; and authorized an investigation of alleged war crimes in Syria.

Trump's criticism of the U.N. is by no means unique. While the organization does engage in large-scale humanitarian and peacekeeping efforts, its massive bureaucracy has long been a source of controversy. The organization has been accused by some Western governments of being inefficient and frivolous, while developing nations have said it is overly influenced by wealthier nations.

The president-elect is spending the holidays at his Mar-a-Lago resort in Florida.