For everyone who's ready to run as fast as they can from 2016, Mac McCaughan's new tune is a song for them 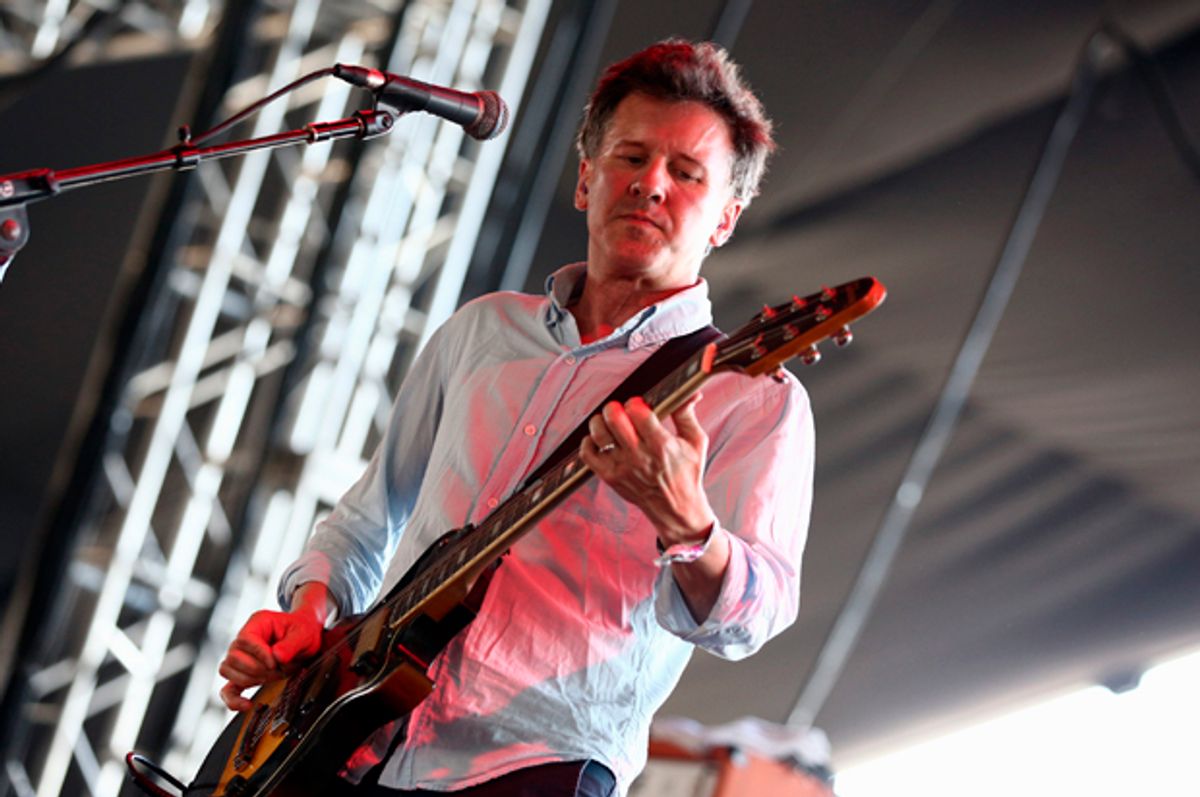 If you're searching for the gist of 2016 in the form of an angry ballad from the lead singer of Superchunk, go no further.

Mac McCaughan's "Happy New Year (Prince can't die die again)" delivers the angst of this terrible, terrible year in which "everybody died" and "adults and children cried for the loss of their hope" and their youth.

McCaughan makes many nods to the president-elect, noting that it's a great year for those who are "rich," or racists "craving an authoritarian hand" and the people "who hate women."

"You could say any horrible thing and still climb to the top of the shit heap," McCaughan sings. "So if you still have friends / raise a glass with them / saying, 'Happy New Year; Prince can't die again.'"

The song offers at least a glimmer of a positive side to the giant shit sandwich that was 2016. (Other than how bad can 2017 possibly be in comparison?)

"Play the long game . . . cuz if they believe that nothing really matters, that winning may end sooner than they think," McCaughan sings what may be the first ode to protest in the Donald Trump era. To be sure, it will take work to make sure that "the South won't rise again" while keeping the things that make America truly great in our society.

Then again, "next year may be better," McCaughan sings, "but I don't see any proof."