From a closeted gay man at the height of the AIDS crisis to an icon, he was always your man 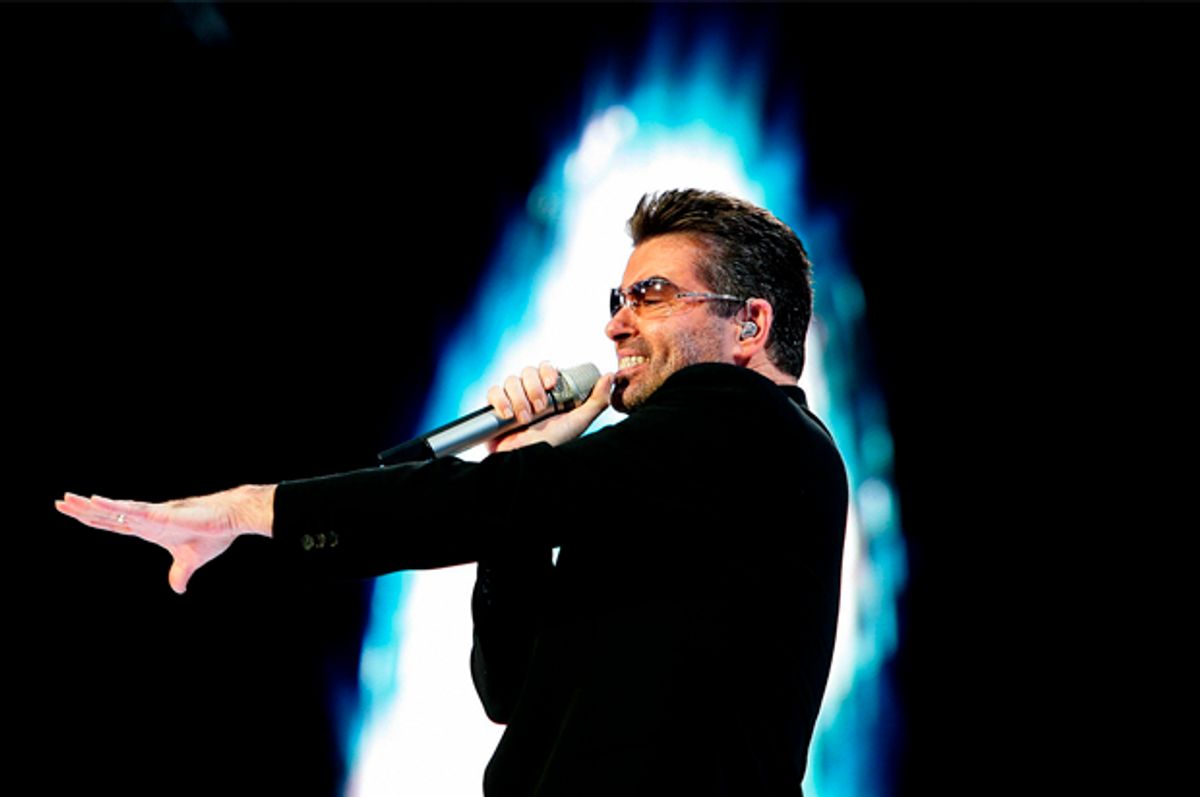 When George Michael died this past weekend, it seemed to complete the year's cruelest trio of celebrity deaths. Like David Bowie, who died in January, and Prince, who died in April, the 53 year-old British pop star had launched his career as a teen musical prodigy and solidified it as an unapologetic sex symbol to the boys and girls alike.

I belong to that small subset of Generation Xers who just happened to come into our sexuality at a unprecedented moment in human history, one in which sex — in particular sex involving men who had sex with men — was tied closely to the fear that it could kill you. My friends who are just a few years older got to ride the tail end of the sexual revolution and the disco era. Those a few years younger came of age when HIV and AIDS were better understood, prevented and treated. But my peers and I remember when Rock Hudson kissing Linda Evans on "Dynasty" was enough to make mainstream news media ask, seriously, if he'd possibly infected her with a deadly disease. For many us — gay and straight and everywhere in between — the liberation of our youthful sexual experimentation was fraught with confusion over just what the price of it might be. And into that very tense climate, along came men like Michael, who had not one but two hit songs centered around the word "Freedom."

Like a great number of straight women my age, I spent a good portion of the '80s smoking and kissing boys who wore eyeliner. At a time when even the most assertively hetero guys in metal bands boasted long, flowing hair and blusher-streaked cheeks, it was men like Prince, Bowie and Michael who held a deeper fascination. They were simultaneously coy and confident, teasing with a sex appeal that seemed to gladly welcome all. Even now, that feels radical. This was a moment in which Ronald Reagan was in the White House and Margaret Thatcher was prime minster of England. Political and social conservatism, shot through with a panic about a disease that neither leader seemed eager to even acknowledge, was the prevailing mood. And here were these pretty, sexy men simultaneously everywhere, flirting with us all. Giving us hope even in the midst of ignorance and danger. Keeping our youthful libidos impressively stoked.

But while Prince's carnality bent the gender rules, it was in the context of being a comfortably straight man. Even Bowie, always in sexual a class all by himself, settled into an enduring marriage with the model Iman in 1992. Michael, on the other hand, was a gay man who had to figure out how to be a very, very famous gay man at a time when being out at all was still a serious career risk. Add to that a so-called "gay plague" that was used an additional justification for blatant homophobia, you can understand why his story was unique.

Michael skirted around his sexuality for nearly two decades. In 1981, while working on the second Wham! album, the then 19-year-old Michael reportedly told his friends he was bisexual, and considered coming out publicly. He later recalled, "I had very little fear about it, but basically my straight friends talked me out of it…. But it's amazing how much more complicated it became because I didn't come out in the early days. I often wonder if my career would have taken a different path if I had."

Instead, he adorned the walls of teenage girls, and sang regretful hits about being trapped by pregnant girlfriends and sighed, "I'll tell you that I'm happy if you want me to." In 1987, as a solo artist, he courted controversy with "I Want Your Sex" — even though the video featured him and then-girlfriend Kathy Yueng urging viewers to "explore monogamy" and aired on MTV with Michael giving an introductory warning. "In the past there were arguments for and against casual sex," Michael explained. "Then it became a question of morality. These days it can be a question of life or death. It's as simple as that. This song is not about casual sex." Nor was it about gay sex.

All those years, all that time, before Michael officially came out in 1998 — after being arrested for "lewd conduct" in a Los Angeles men's room — I can assure you that one didn't have to have the most finely tuned gaydar in the world to watch videos like "I'm Your Man" and think, "This . . . does not seem to be especially directed at the ladies." Michael was not yet out when he dueted with Elton John on 1991's "Don't Let the Sun Go Down on Me." He was not yet out when he belted "Somebody to Love" at the Freddie Mercury tribute concert in 1992, a fundraiser for AIDS awareness. But he wasn't playing it straight either.

Michaels, who became an international star when he was still just a teenager, later admitted it had taken him time to figure out his identity and how to navigate his public persona. In his 1998 CNN coming out interview, he said he'd been "accused" of being gay long before he'd had his first real relationship at age 27. Not uncoincidentally, that was around the exact same time he'd told Esquire that his early stardom had made him "miserable" and that he was looking forward to a more scaled back version of his career. "Ultimately," he said in 1990, "I wasn't comfortable with that kind of visibility and power. Once I became more confident as a writer, I realized I didn't need all that other bolstering."

In what was perhaps meant as an encouraging bit of famesplaining, Frank Sinatra soon after responded to Michael's declarations by writing that he should "Loosen up. Swing, man, Dust off those gossamer wings and fly yourself to the moon of your choice" — a message that made the rounds of social media again in the past few days. Sinatra's message was a pep talk from one great crooner to another, but it arrogantly ignored the possibility that the younger one was a gay man in the midst of his first true love affair.

Yet even long after he'd come out, Michaels always maintained the persona of a man who was willing to be too funky for one and all. When, a few years ago, he joined Beyoncé for a duet of "If I Were a Boy," it was a both a knowing flip of the bird to gender norms and a flat out exuberant musical seduction. That was the gift that Michael gave — a new kind of masculinity that emerged out of one the darkest periods in modern sexual history. A kind that defiantly made the sun shine brighter than Doris Day.