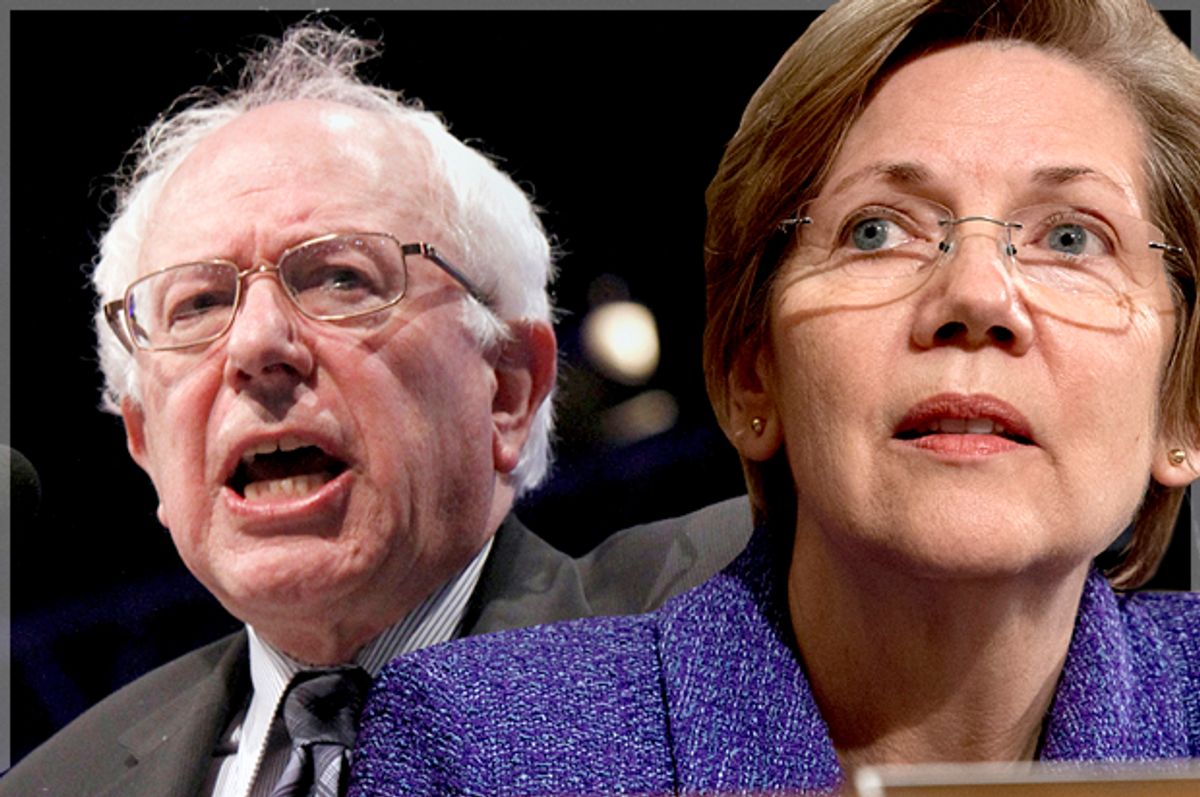 While the Democratic Party is still reeling from the shock of Donald Trump's upset victory in November, progressives are already planning for how to effectively react to the upcoming Trump administration — and reclaim the party for one of their own in 2020.

The job of opposing Donald Trump will seemingly fall to Vermont Sen. Bernie Sanders, who became Hillary Clinton's chief rival in the 2016 Democratic primaries by running on an unapologetic left-wing economic, social and foreign policy agenda.

"Progressives are used to punching up, but here we find ourselves in a real position of credibility and power," said Rep. Raul Grijalva of Arizona, a co-chair of the Congressional Progressive caucus, in an interview with The Guardian on Wednesday. Sanders has already been chosen as minority leader for the Democrats on the Senate's powerful budget committee, and as The Guardian notes, his next move will be to make sure that fellow progressive Rep. Keith Ellison of Minnesota becomes the new chairman of the Democratic National Committee.

"Right now we are fighting for the chair of the DNC and it is truly emblematic of the division within the Democrats," said RoseAnn DeMoro, executive director of the National Nurses United and a Sanders supporter. "If the Democratic party rejects the Sanders base, it will be at their extreme peril."

Dan Cantor, the founder and executive director of the Working Families party, was more blunt when expressing the same sentiment to The Guardian. "We have to do in 2018 what the Tea Party did in 2010," Cantor said, referring to the right-wing grassroots movement that dealt severe losses to the Democratic Party in that year's midterm elections.

Progressives are also heartened by the news earlier this month that Sen. Elizabeth Warren of Massachusetts is going to join the Armed Services Committee. Because Warren is best known for her criticisms of Wall Street and defenses of workers' rights, her impending tenure on the Armed Services Committee is being widely perceived as an effort to beef up her resume for a potential presidential run in 2020.

Warren says she wants to join the Armed Services Committee because three of her brothers served in the military, and because Massachusetts ranks in the top 10 states for military spending. When asked by a local TV station in Massachusetts whether she was running for president, she dismissed it by saying that election isn't on her "radar screen."

This hasn't stopped Democrats like Adam Green, co-founder of the Progressive Change Campaign Committee, from saying that "Elizabeth Warren would make a wonderful president," which he told Time Magazine shortly after Warren's assignment to the Armed Services Committee was announced.