Donald Trump and Republicans can agree: The UN must be punished for its Israel resolution 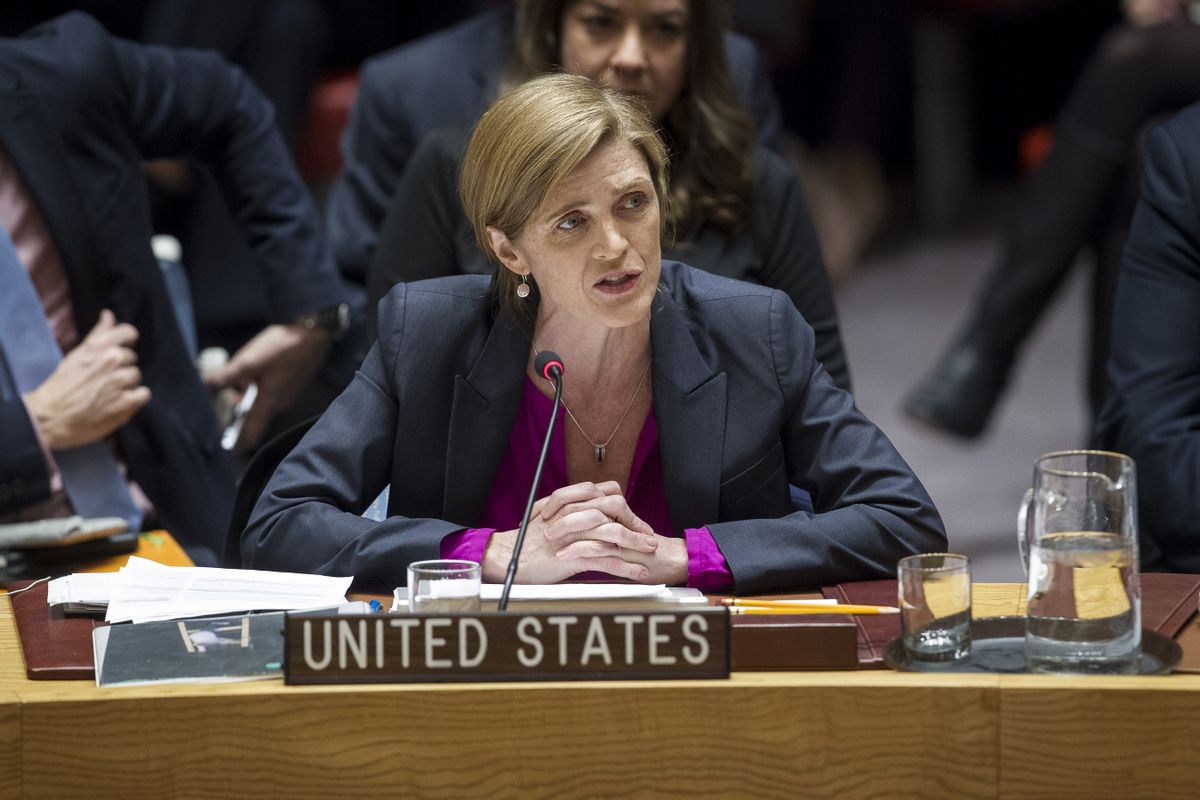 It looks like President-elect Donald Trump is on board with Republican efforts to punish the United Nations for its Friday resolution condemning Israeli settlements in the Palestinian territories and East Jerusalem.

We cannot continue to let Israel be treated with such total disdain and disrespect. They used to have a great friend in the U.S., but.......

not anymore. The beginning of the end was the horrible Iran deal, and now this (U.N.)! Stay strong Israel, January 20th is fast approaching!

Although Republicans and Democrats in Congress have both criticized the UN resolution, which passed the Security Council by a vote of 14 to 0, Republicans seem to be taking the charge toward making an open breach with the United Nations as a punitive measure. There has been particular outrage directed against the Obama administration for abstaining from voting on the resolution instead of vetoing it, as well as several accusations that the Democratic president secretly pressured other countries into voting in favor of it.

That said, because American funds comprise 22 percent of the UN's annual operating budget, much of the rhetoric has focused on withholding some or all of that money.

"The UN has made it impossible for us to continue with business as usual," Sen. Lindsey Graham of South Carolina told The Washington Post after the vote occurred. "Almost every Republican will feel like this is a betrayal of Israel and the only response that we have is the power of purse."

Graham also reported that Israeli Prime Minister Benjamin Netanyahu had told him, "Please stand with us, it's time to take the gloves off."

It isn't clear how exactly President Trump and Congress will penalize the UN. The policies being considered include passing new laws to reverse treaties that Congress has ratified committing America to its current level of funding for the UN, simply cutting off that UN funding which is discretionary, and withdrawing America from UNESCO or other UN organizations in which it currently participates. They could also withhold American aid to the Palestinian Authority, punish the Palestine Liberation Organization's office in Washington, pass resolutions that would bar funds which might go toward implementing the anti-settlement resolution, or pass laws protecting American citizens in Israel who might be deemed vulnerable by the UN resolution.

On a broader level, the efforts by Trump and the Republicans to punish the UN could become part of a much larger reshaping of the world order. Scholars have already noted that Trump's opposition to free trade and participating in international organizations like NATO would mark a break from the foreign policies that have prevailed in America since World War II. While the opposition to the UN resolution may currently be entirely focused on Israel, it could also be the first step toward unraveling the America-led liberal world order that has been the geopolitical status quo for more than seventy years.