Of the five billionaires who saw their net worths increase the most in 2016, four were American, Bloomberg reports 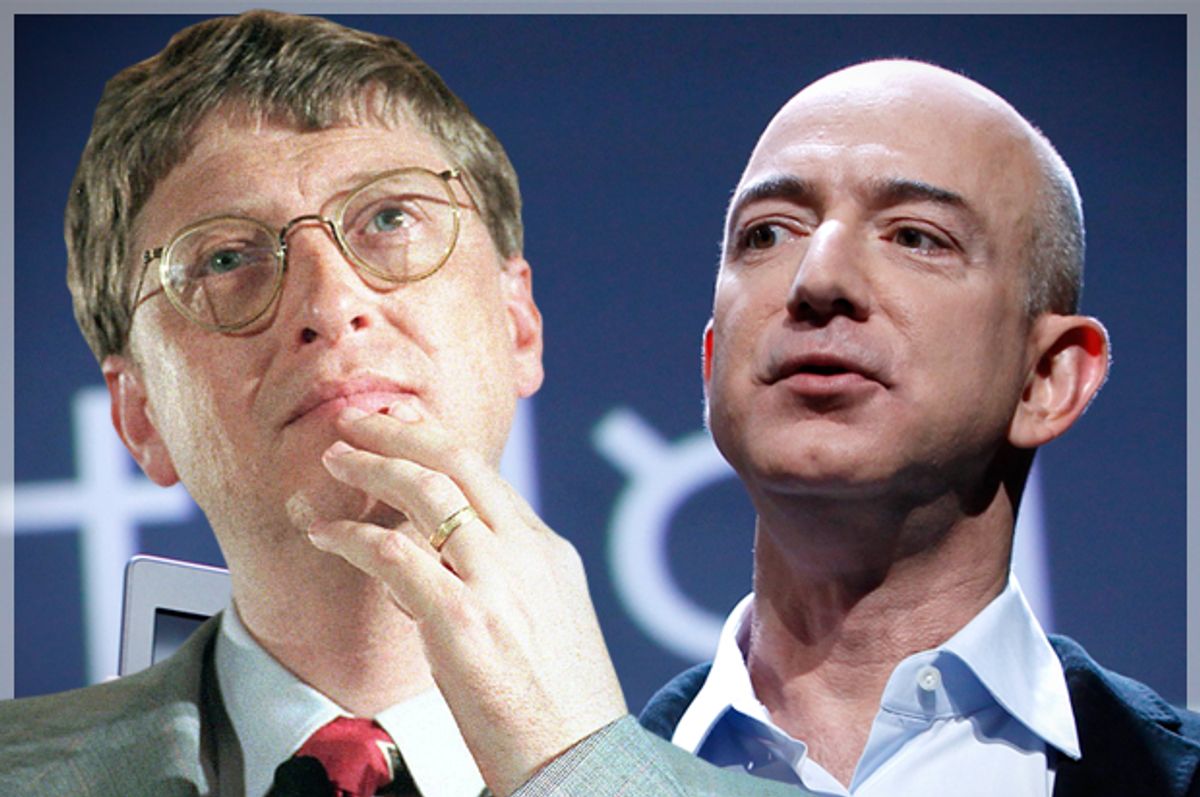 Years-in-review have trended bleak in 2016. For most Americans, celebrity deaths and inescapable Donald Trump coverage seem to have overshadowed any marginal positivity this year may have coughed up. But those entering the new year bruised and bloodied can now rest easy knowing billionaires flourished in 2016.

"The gains were led by Warren Buffett, who added $11.8 billion during the year as his investment firm Berkshire Hathaway Inc. saw its airline and banking holdings soar after Trump’s surprise victory on Nov. 8," the report notes. "The U.S. investor reclaimed his spot as the world’s second-richest person two days after Trump’s victory ignited a year-end rally that pushed Buffett’s wealth up 19 percent for the year to $74.1 billion."

Michael Cole, president of Ascent Private Capital Management, told Bloomberg, "The belief that Trump is going to come in and deregulate big parts of the economy is driving the markets right now."

Of the five billionaires who saw their net worths increase the most in 2016, four were American. Three of them — Buffett, Gates, and Bezos — donated to the Clinton Foundation. Oil tycoon Harold Hamm was the outlier, of sorts:

Wildcatter Hamm’s fortune was propelled by a strengthening oil price and expectations a Trump administration will slash fossil-fuel regulations. Hamm added $8.4 billion to more than double his fortune to $15.3 billion. He led the 49 energy, metals and mining billionaires, who were the best-performing category on the ranking, adding $80 billion and reversing the $32 billion fall they had in 2015.

In total, Bloomberg found, "the world’s wealthiest people are ending 2016 with $237 billion more than they had at the start."