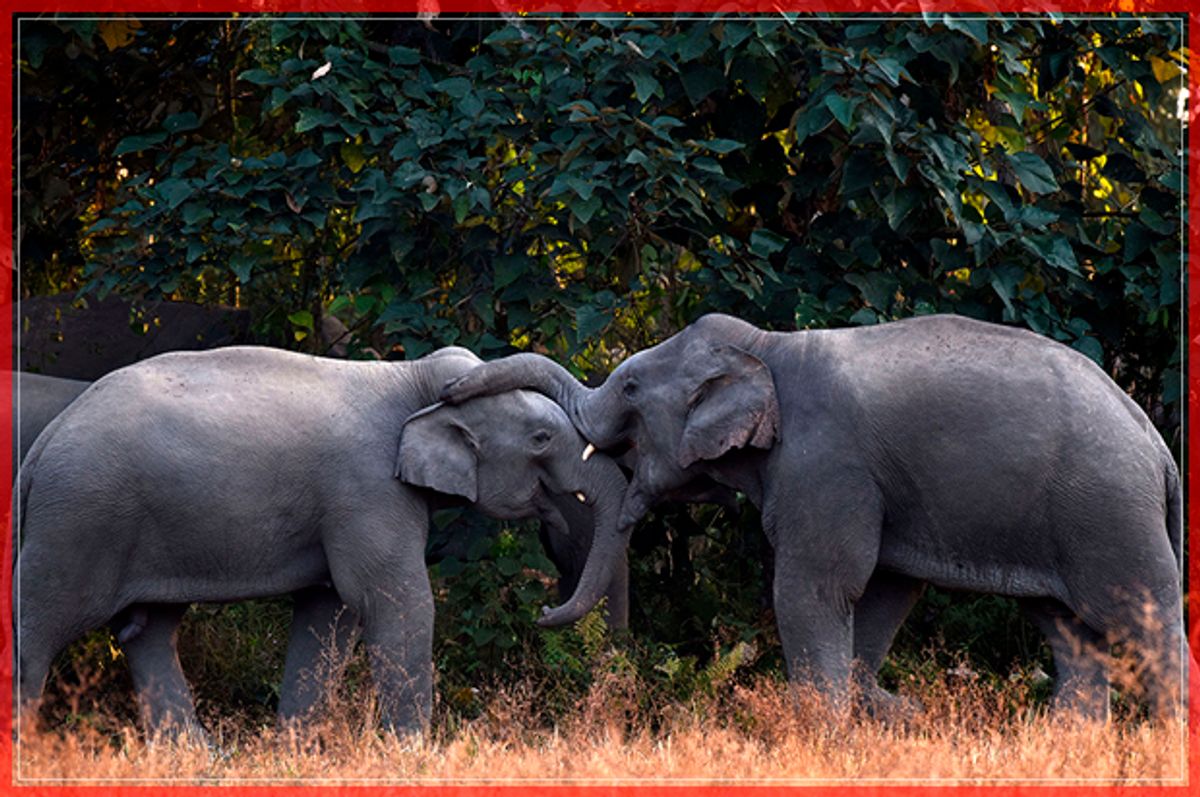 Bahampur, India   Biju Boro/Getty
A pair of elephants play as they gather with others in a paddy field It is said that elephants never forget, and it’s suspected that both their learning and memory skills might surpass our own. The sophistication of the elephant’s neural circuitry ranks up there with those of humans, great apes, and some dolphins — the most intelligent animals, as far as we can tell. Elephants are smart, sure, but they are also emotionally expressive. They grieve, they nurture, and they play. Look at these two, playing in the field, on their faces a pure expression of joy. In 2017, resolve to keep close watch on your inner elephant. The random parrot and the random human were utterly fascinated by each other. As we've previously reported on this site, Spain has a tradition of celebrating major holidays with food fights. To mark the 200-year-old festival of Els Enfarinats, the town of Ibi, Spain, stages a mock battle outside the town hall during which participants pound each other with firecrackers, flour, eggs and more. Money collected in fines by "Els Enfarinats," the men in military dress covered in flour, is donated to charity.