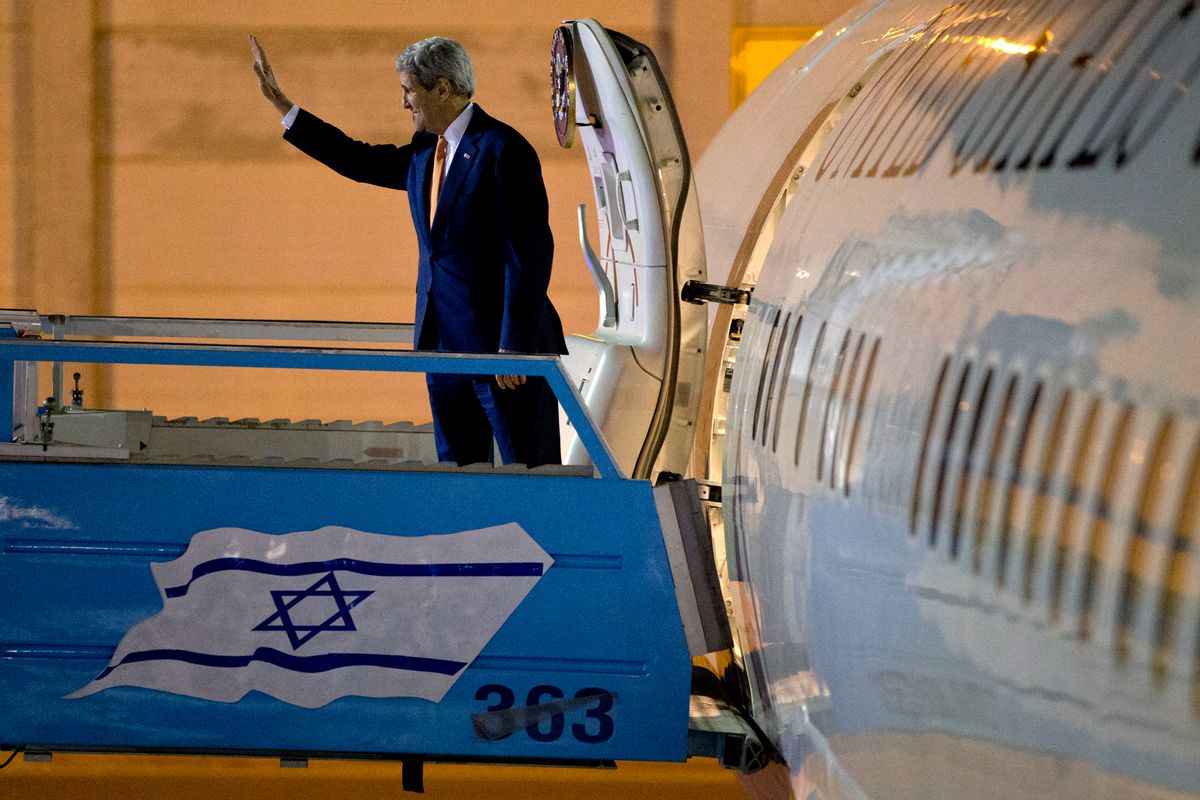 FILE -- In this Nov. 24, 2015 file photo, U.S. Secretary of State John Kerry waves as he boards the plane on departure from Israel after meetings in Jerusalem and the West Bank city of Ramallah. A senior leader of a Jewish settlement council is calling U.S. Secretary of State John Kerry "a stain on American foreign policy" and "ignorant of the issues." Oded Revivi, chief foreign envoy of the Yesha Council, made the remarks ahead of Kerry's final policy speech on Mideast peace Wednesday. (AP Photo/Jacquelyn Martin, Pool, File) (AP)
--

An Israeli minister has slammed a policy speech to be delivered later on Wednesday by U.S. Secretary of State John Kerry.

Public Security Minister Gilad Erdan referred to the speech as a "pathetic move" and "anti-democratic" and described the Obama administration as "pro-Palestinian" during an interview with Israel Army Radio, the Associated Press reported on Wednesday. He also warned that if Kerry establishes principles for a peace deal as anticipated, it will limit President-elect Donald Trump's ability to lay out his own policy on the Israeli-Palestinian conflict. As for America's refusal to veto the resolution? Erdan insisted that it "threatens the security of Israel."

Oded Revivi, chief foreign envoy of the Jewish settlement council known as the Yesha Council, has had similarly harsh words about Kerry. He referred to Kerry as "the worst secretary of state in history" and claimed that Kerry "chose to stab his closest ally in the back."

Kerry's upcoming speech is expected to "address some of the misleading critiques" about the Obama administration's Israel policy, assert that "the vote was not unprecedented" and "did not blindside Israel," and point out that aside from Israel itself there is a "complete international consensus" against expanding settlements in areas that could still be subject to negotiation, as The New York Times reported on Tuesday.

From The Wires John Kerry