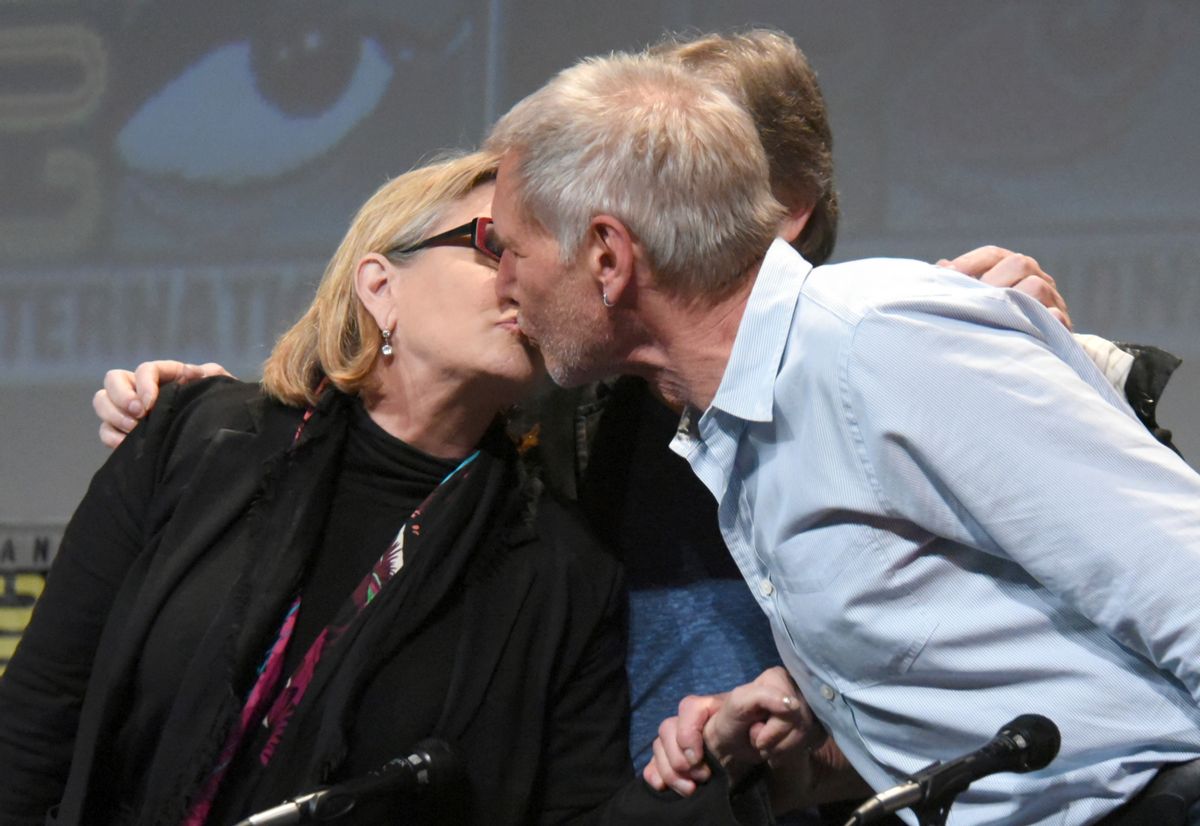 FILE - In this July 10, 2015, file photo, Carrie Fisher, left, and Harrison Ford kiss at the Lucasfilm's "Star Wars: The Force Awakens" panel on day 2 of Comic-Con International in San Diego, Calif. Fisher, a daughter of Hollywood royalty who gained pop-culture fame as Princess Leia in the original "Star Wars" and turned her struggles with addiction and mental illness into wickedly funny books, a hit film and a one-woman stage show, died Tuesday, Dec. 27, 2016. (Photo by Richard Shotwell/Invision/AP, File) (AP)
--

NEW YORK (AP) — There's been a run on Carrie Fisher's books since the "Star Wars" actress and humorist died on Tuesday.

Fisher's book, "The Princess Diarist," was on the top of Amazon's list of best-selling books on Wednesday, just ahead of "Zero Sugar Diet."

"Wishful Drinking" and "Postcards From the Edge" were also in Amazon's top 10, with "Shockaholic" ranked as No. 57.

Five of the top 10 books on Amazon's "Movers and Shakers" list, which measures titles that show the greatest upward movement in sales over a 24-hour period, were by Fisher. That list also included Courtney Carbone's book, "I Am a Princess," about Fisher's Princess Leia character, at No. 11.

Fisher had been hospitalized since Friday, when paramedics responded to a report of a patient in distress at Los Angeles airport.