Donald Trump is, once again, taking credit for jobs he had no part in creating

Trump really, really wants you to think he's bringing jobs back to the country, even though it isn't true 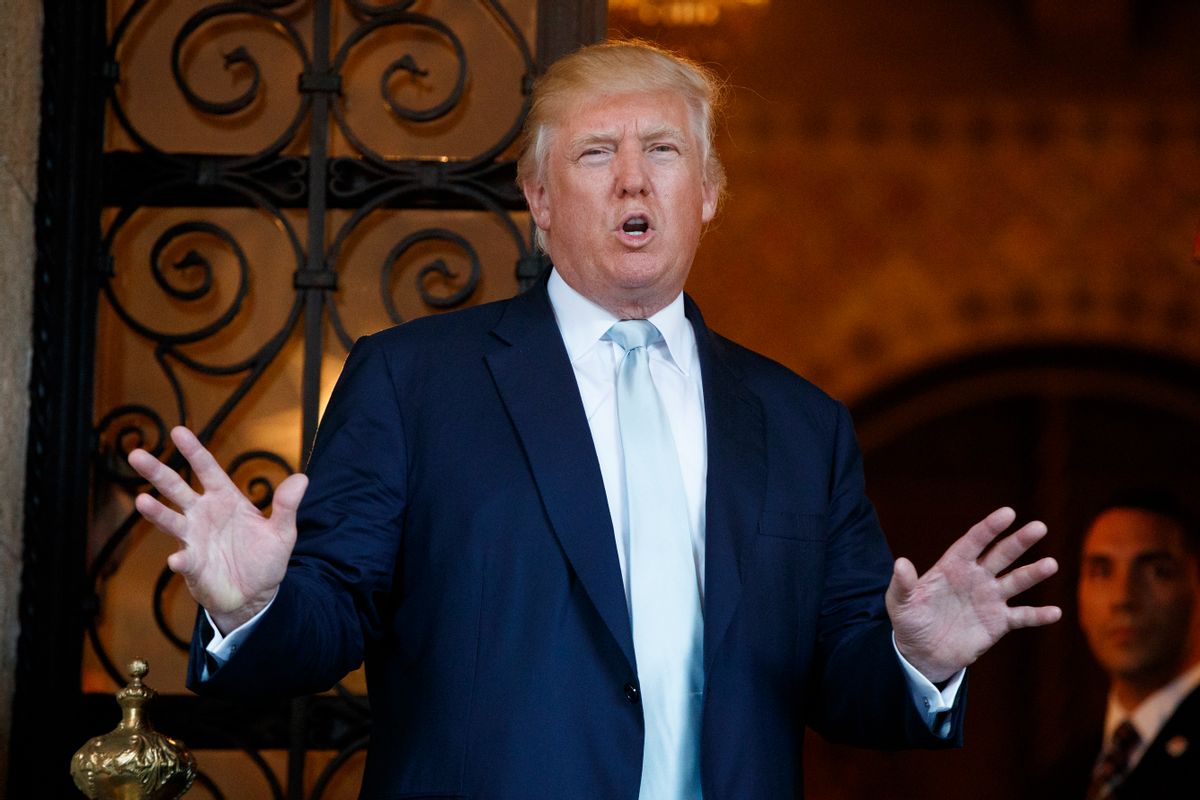 Donald Trump is taking credit for a jobs deal that he objectively had nothing to do with.

The president-elect bragged on Wednesday about brokering a deal in which Sprint will bring 5,000 jobs to the United States and another company, OneWeb, will bring 3,000 jobs into this country. This is consistent with a theme that Trump has been spouting off about on Twitter all week — namely, that he deserves credit for the nation's currently prosperous economic conditions.

The U.S. Consumer Confidence Index for December surged nearly four points to 113.7, THE HIGHEST LEVEL IN MORE THAN 15 YEARS! Thanks Donald!

“Because of what’s happening and the spirit and the hope I was just called by the head people at Sprint and they’re going to be bringing 5,000 jobs back to the United States,” Trump said to reporters outside his Mar-a-Lago resort in Florida on Wednesday. “Masa and some other people were very much involved with that.”

The problem is that, like so much of what Trump says, it simply isn't true.

"This is part of the 50,000 jobs that Masa previously announced," said a Sprint spokeswoman to Engadget on Wednesday. "This total will be a combination of newly created jobs and bringing some existing jobs back to the U.S."

The Wall Street Journal reported on a $100 billion tech investment deal in October, before Trump even became president-elect. ABC News has confirmed that the 5,000 Sprint jobs are part of a 50,000 job deal that SoftBank CEO Masayoshi Son had planned weeks ago.

Although Sprint CEO Marcelo Claure has been happy to share credit for the deal with Trump on Twitter, neither he nor any of the other participants have offered a scintilla of evidence that Trump played any kind of role.

While it's understandably why the business community wishes to remain on Trump's good side, it doesn't do America any favors when Trump gets credit for creating jobs without actually having to do anything. Now the president-elect can add lying about the Sprint deal to his lies about the Ford deal and the Carrier deal.