Donald Trump will have scandal-prone televangelist pray at his inauguration

Paula White is dogged by allegations of financial impropriety and other scandals, so she may be perfect for the job 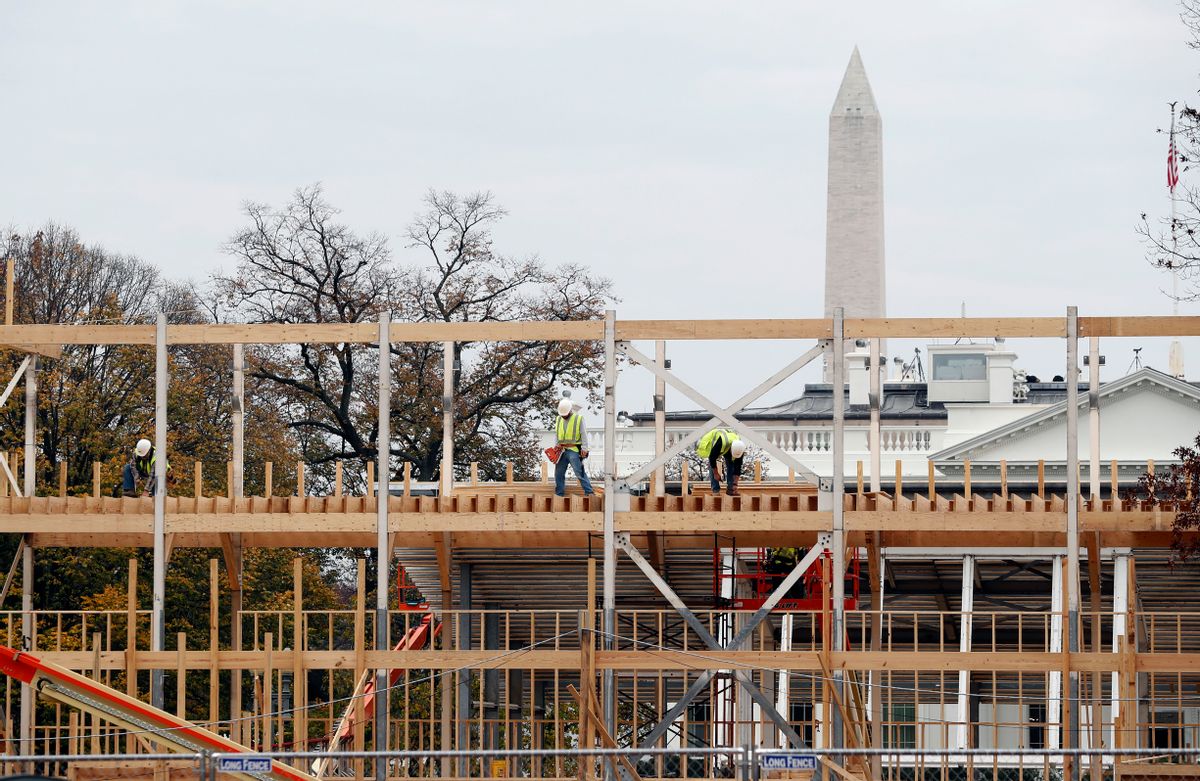 Construction continues on the presidential reviewing stand on Pennsylvania Avenue in Washington, Friday, Nov. 25, 2016, looking toward the White House and the Washington Monument. (AP)
--

Paula White, the televangelist who will pray at President-elect Donald Trump's inauguration, has a scandal-ridden past almost as shocking as that of the incoming commander-in-chief.

Like so many preachers, White earned her wealth by encouraging her listeners to donate "seed money" to her ministry. If they did so, White promised, God would repay their generosity by making them rich in their own right.

"I feel impressed of the Lord to ask you to do something that I believe will create a memory in the mind of God and this will change your future," White's website proclaims. "I want you to give a seed offering that I call a 'Gratitude' seed. This is an extremely powerful seed for you . . . especially at this time in your life."

If this sounds shady to you, then you're not alone. It's called the prosperity gospel, a term for the argument used by some preachers that donating to them will personally enrich their audience. Iowa Sen. Chuck Grassley led a Senate investigation of White and five other similar preachers from 2007 until 2011. Grassley was specifically concerned about whether the televangelists violated IRS rules by spending funds raised for religious purposes on personal items like church-owned luxury homes or airplanes. While he ultimately didn't draw any conclusions about whether the ministries broke laws barring religious nonprofit leaders from excessive self-compensation, this may have been in part because Paula White and her then-husband Randy refused to provide him with full information — something they and three of the other ministries targeted, did.

Grassley ultimately had to conclude that he couldn't find any definitive proof of wrongdoing.

Despite this scandal, Trump seems to have long been a big fan of White. In 2007, Trump sent in this comment to Larry King about White:

"Paula White is not only a beautiful person, both inside and out, she has a significant message to offer anyone who will tune in and pay attention. She has amazing insight, the ability to deliver that message clearly, as well as powerfully. Read this and you'll be ready for great success. She's an amazing woman."

White has since returned the favor, including hosting a conference with evangelical leaders who were wary of Trump last year.