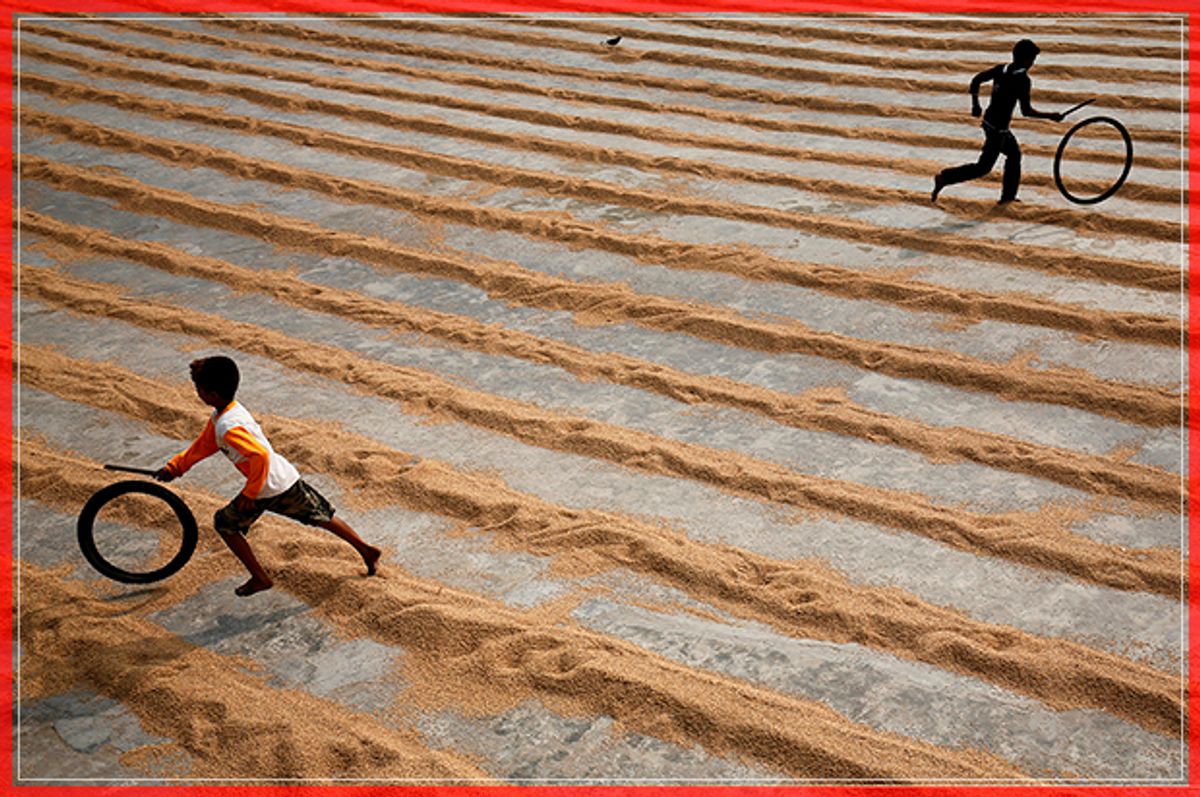 For the 10th year running, New Yorkers gather in Times Square for Good Riddance Day, where bad memories of the year that's about to end are smashed, torn up or set on fire in a symbolic purge. This woman, for instance, is choosing to say good riddance to Donald Trump and Brexit.

As much as I feel this woman's urge, however, I have to remind everyone that when it comes to both Trump and Brexit, the horror has only just begun. 2016 was like the first act in a slasher film, where the killer has picked off one of the group who wandered off in the woods. 2017 is when we will start to see the truly gruesome blood-letting, as Brexit and President Trump become political realities.

Paris, France   Pascal Rossignol/Reuters
Workers clean the windows of the Montparnasse Tower with the Parisian skyline in the background As we enter the New Year, let's not forget to appreciate the inspiring things, like a ridiculously beautiful view of Paris. In today's world of ubiquitous screens and digital distractions, children being entertained by discarded bicycle tires seems almost absurd. Yet this image from Bangladesh illustrates that the imagination is where play takes place. Have we all been deceived by pixels of light?

Hamburg, Germany   Axel Heimken/AP
Dwarf mongooses snuggled up in their enclosure at the Hagenbeck Animal Park Cool dwarf mongoose fact: they have a mutualistic relationship with Hornbirds (a bird that looks like a brown toucan with a droopy beak). The Hornbills warn the mongooses when a predator nearby, and in return, the Hornbills will eat the insects that scurry around after being disturbed by the mongooses. Animals are so much smarter than we give them credit for.