The president-elect blasted Obama on Twitter, but now seems to be appeased — at least for now 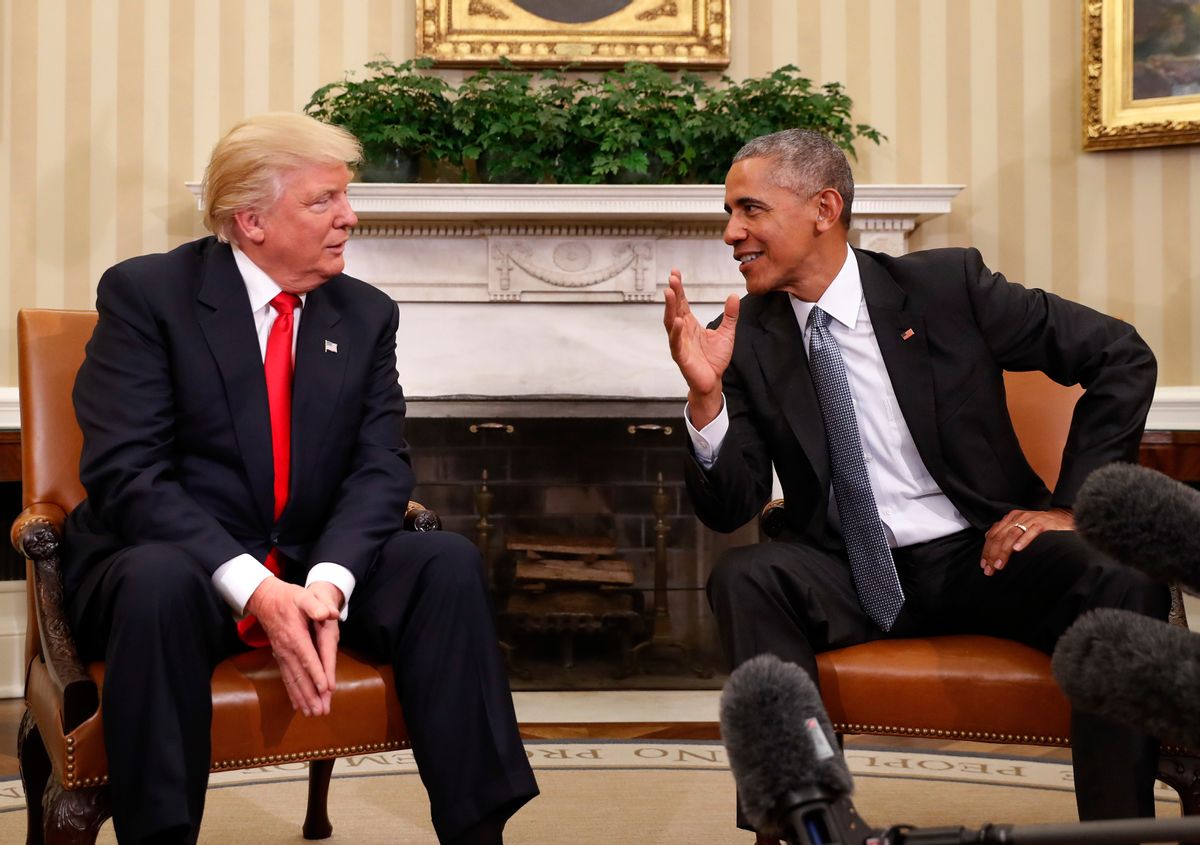 FILE - In this Nov. 10, 2016, file photo, President Barack Obama meets with President-elect Donald Trump in the Oval Office of the White House in Washington. (AP)
--

President-elect Donald Trump seems to be on better terms with his soon-to-be predecessor, President Barack Obama, after a phone call took place on Wednesday.

"We had a very nice conversation," Trump told reporters at his Florida resort, Mar-a-Lago, on Wednesday. "We had a general conversation."

"Today’s call, like the others since the election, was positive and focused on continuing a smooth and effective transition," said White House spokesman Eric Schultz in a statement. "The president and president-elect committed to staying in touch over the next several weeks and agreed their respective teams would continue to work together to effectuate a smooth transition of power on Jan. 20."

The conversation was most likely prompted by a tweet that Trump sent out on Wednesday accusing the Obama administration of making "statements and roadblocks" that were "inflammatory."

Doing my best to disregard the many inflammatory President O statements and roadblocks.Thought it was going to be a smooth transition - NOT!

On Monday, Trump also took issue with Obama's claim that he could have defeated Trump had he been allowed to run for a third term.

Obama and Trump have also reportedly been on tense terms because Trump is expected to try to undo much of Obama's presidential legacy.

"In some ways, Trump is neutering the Obama administration," said history professor Douglas G. Brinkley to The New York Times. "They’ve avoided personally attacking each other, but behind the scenes, they’re working to undermine each other, and I don’t know how the American people benefit from that."

Many of Obama's actions since Trump's victory — from permanently banning offshore oil and gas drilling in much of the Arctic and Eastern Seaboard to abstaining from a UN condemnation of Israeli settlements (and allegedly pressuring other nations to support it behind-the-scenes) — have been viewed as efforts to preserve his presidential legacy.