Republicans are determined to repeal Obamacare, even before knowing what they'd replace it with

President-elect Trump are already in the process of repealing Obamacare, but they'll figure out its replacement (?) 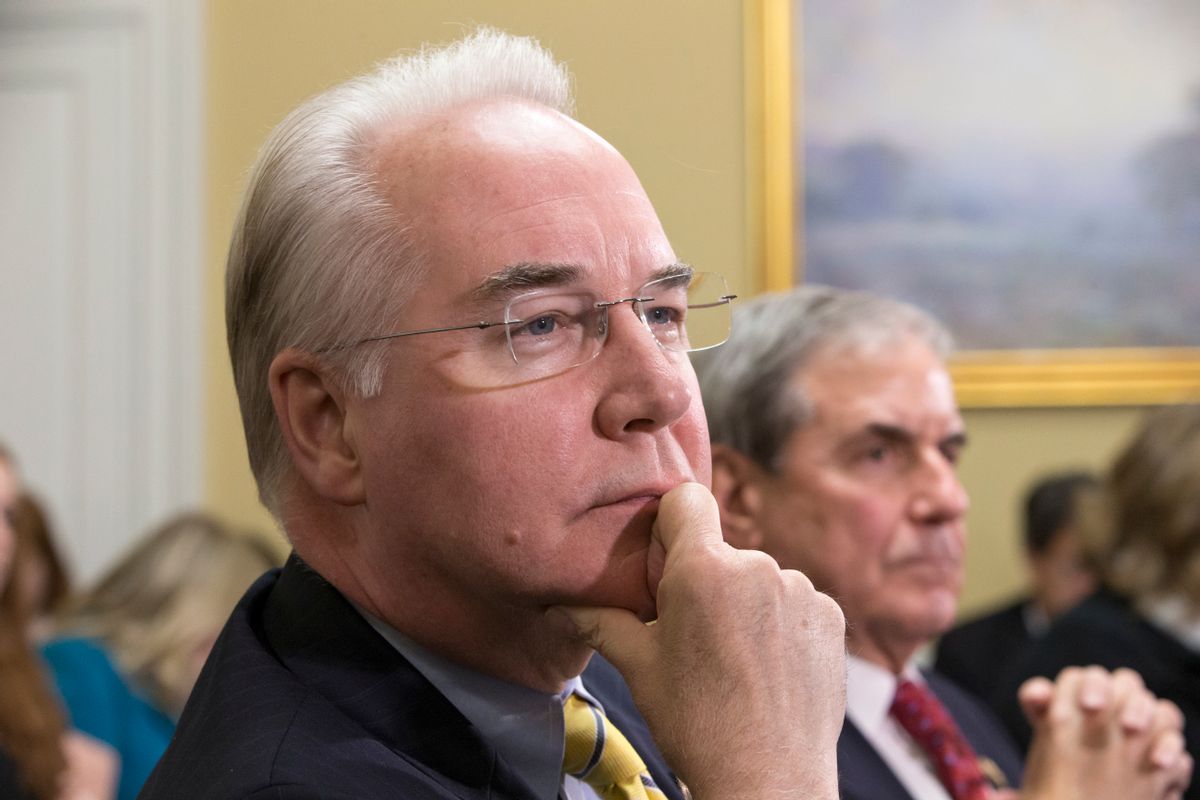 President-elect Donald Trump and his fellow Republicans have been promising to repeal the Affordable Care Act (better known as Obamacare) for years. Now that they're about to regain control of both branches of government, though, it looks like they're less sure of how they will replace it — at least, not without ripping away coverage for the 22 million people who have benefited from the program.

"They haven’t come to a consensus in the House and the Senate about the possible replacement plans," Douglas Holtz-Eakin, a conservative economist and former adviser to Senator John McCain’s 2008 presidential campaign, told Bloomberg. "They don’t know Point B."

One ongoing debate involves how long Republicans should wait to delay implementing their repeal. Congressional aides say that while many House conservatives want to pass a replacement that takes two years before becoming effective, Republican leadership wants the implementation delay to take at least three years, while some Republicans want implementation to wait until after the 2020 elections. These aides also told Bloomberg while some parts of the law may end quickly, such as regulations which impact businesses, others like the Medicaid expansion and insurance subsidies could be maintained for three or four years. Other parts of the law that are particularly popular, such as allowing people under age 26 to remain on their parents' plans, may not be repealed at all.

Considerable clout will likely rest with Tom Price, the Republican congressman from Georgia who Trump has chosen as his new secretary of health and human services. Before being selected by Trump, Price was perhaps best known for Obamacare repeal legislation known as the Empowering Patients First Act. If it had passed, it would have allowed wealthier patients to save money while defunding insurance plans that provide maternity care, reproductive care, and rehabilitation. It would have only protected patients with pre-existing conditions if they could still afford their premiums; otherwise they would have been sent to a high risk pool that could quickly fill up, preventing new patients from enrolling.

In short, Price's idea is that insurance companies should determine the cost of health care by competing with each other for new customers — a practice that led to the very patient exploitation which prompted the Affordable Care Act in the first place.

Then again, Price is also well-known for advocating that Medicaid be converted into block grants for the states and Medicare be privatized into a mix of private insurers and vouchers. So don't be too shocked.